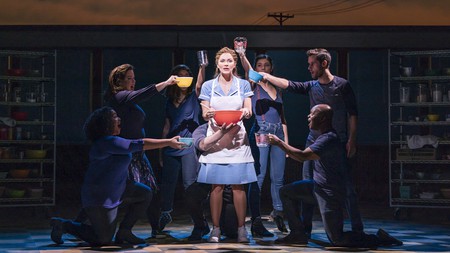 Katharine McPhee, Marisha Wallace and David Hunter are serving up a treat in Waitress, the Broadway musical that opened in London’s West End in March 2019. Culture Trip sits down with them to find out where they love to visit and perform.

Culture Trip: What’s your favourite city in the world for culture?

Katharine McPhee [KM]: I love travelling to Italy. I love all the different types of city that that country has to offer. I love the food. Every time I go there I feel like I have the best food in the world. My last meal would probably be pizza – second would be French fries. Just the Italian way of being is great.

Marisha Wallace [MW]: Barcelona in Spain. My friends are from there, and just recently I went and had a real Catalan Christmas. No one spoke English; it was just nice to hang out with them and see their traditions. The architecture! I went to La Sagrada Familia. It was just gorgeous.

David Hunter [DH]: Liverpool. I lived there for three years. The theatre and the music – it’s just great for culture. They do Festival of the Giants: huge two- or three-storey-high puppets powered by many, many people. They walk through town telling this theatrical story over a weekend. It’s amazing. It’s a beautiful city. 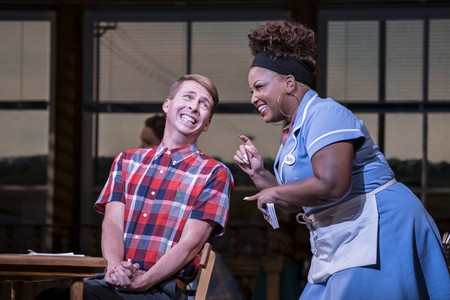 CT: What’s your favourite venue to perform in?

DH: I’m going to go local again and say the Adelphi Theatre [in London] because it’s the only place I perform in! I’ve been there three times, so it feels like home to be honest. The backstage crew have stayed almost the same [as] from seven years ago, when I did my first show there.

MW: Mine would be the Royal Albert Hall. I didn’t even know the scope, because it was my second week of being in London. It was for Magic at the Musicals, with a 60-piece orchestra and me singing in front of them. There’s 5,000 people there; I walk in and I’m like, ‘What is this place? This is crazy!’ I knew of the Royal Albert Hall, but I didn’t know who had performed there. I just thought, ‘This is insane.’ I got a standing ovation at the Royal Albert Hall.

KM: The Hollywood Bowl [in LA]. It’s a pretty amazing venue. I did a date with Andrea Bocelli. It’s one of my favourite venues to go and see performances, and it’s just a beautiful venue to perform in. It’s just a perfect LA night out to get the experience of the city. The only drawback is, if you go on stage after the sun goes down, it’s literally pitch dark. So all you see is just darkness. 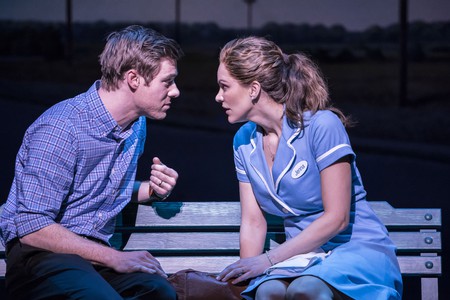 CT: What’s the most outstanding theatrical production you’ve ever seen?

KM: I went to see O in Las Vegas three different times. One of the most spectacular shows I’ve ever seen. O is Cirque du Soleil on water, basically. It’s unbelievable. If you sit close enough you get splashed. It’s just one of the most mesmerising shows. I would go back to see that show once a year. I would highly recommend it.

MW: My favourite is probably a cliché: Beyoncé. I saw Beyoncé in the front row. We got these Beyoncé Beyhive tickets where you can get into the arena first. But I guess the people in Toronto didn’t know about it, so there was only about 20 of us. We got to go right to the very front. There’s a gate, a space and Beyoncé. I can see her lace front. She’s an incredible performer. It was the most spectacular show I’ve ever seen. She was stunning.

DH: When I love theatre, I love it. I went to see Merrily We Roll Along three times when it was in town. A show has to hit you at a point in your life where it speaks to you. Whether or not it’s the best show you’ve ever seen, the content has to kind of smack you in the eyes. I saw that show at a point where I’d quite like to have gone back in time and revisit a few things, so it just grabbed me by the heart, as good live theatre can. 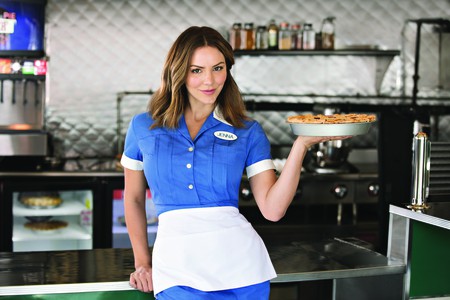 CT: Is there a dream role you’d love to play?

DH: I’ve already done mine. It was Guy in Once. That was the only dream I’ve ever had. I’ve always felt it’s quite dangerous to dream too big about one specific role. It’s very tricky to navigate yourself towards it. There’s something a bit freeing about not having too many dreams. You can just embrace whatever comes as opposed to going, ‘It has to be that.’ I kind of feel sorry for the women in our industry with dreams to play Elphaba [in Wicked] because it’s every woman’s dream. It must be such a pressure when that comes round every year.

MW: My dream role was Effie [in Dreamgirls]. I’d been wanting to play it since I was probably too young to know that I should play it. I’d been singing those songs since I was 11 or 12. I would go on every talent show and sing ‘And I Am Telling You’ because if you could get through it, you would win. If you can get to the end they’re like, ‘Yes! You win first prize!’ [Laughs] That was my dream role, but now I feel like my dream role is to create something original. I want to do something completely out of the box, something that uses everything that I can do, all my strengths. Because I feel like I’ve always had to be in somebody else’s shoes. ‘Can you do it better than Jennifer Holliday? Can you sing it better than Jennifer Hudson?’ I want somebody to do it better than me. [Laughs]

KM: I worked really, really hard to try and get a TV show that I was really excited about. I loved playing Karen in Smash. It wasn’t perfect by any means, but people loved it. I watch it with a different lens, obviously! I wanted to break out of the American Idol bubble. When we were shooting the pilot, I turned to Megan Hilty and said, ‘This is literally like living the dream’. When it ended two years later, I didn’t have a hard time accepting it; I totally moved on. Waitress has been amazing, but in terms of the future, originating something is a dream. But if I had a Broadway dream, I would’ve loved to have played or originated Thoroughly Modern Millie, which Sutton Foster did. It would be fun if they turned it back into a movie musical.

Waitress runs at the Adelphi Theatre in London. Get tickets and details here.