How to Spend 24 Hours in Gothenburg, Sweden 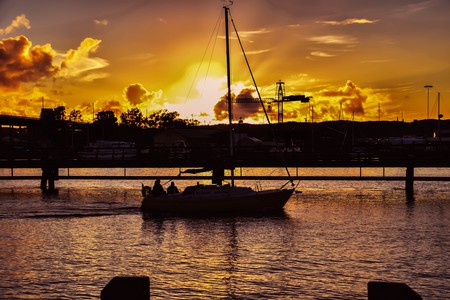 Sweden’s second largest city more than holds its own against big sister Stockholm and is the perfect place to spend a whirlwind 24 hours taking in the style and sophistication of this gorgeous port city on the west coast. With a compact city centre, it’s an easy city to navigate – this is how to do it right.

Stockholm may have hip Södermalm but Gothenburg has Haga, the coolest neighbourhood in the city and one filled with charming wooden houses that date back to the 19th century. It’s the perfect place to start your day, preferably with a fika and the giant kanelbullar (Swedish cinnamon rolls) at Café Kringlan, which is known far beyond the borders of Gothenburg for its top-notch pastries and is just one of many great cafés in the neighbourhood. 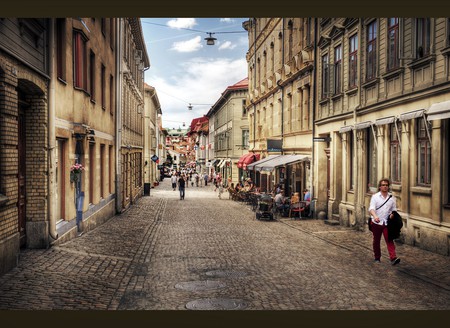 Once you’ve finished your sugar bomb it’s time to shop. Haga has a wide selection of shops, with everything from independent toy stores to hat makers to interior design, fashion, antiques and pretty much anything else you can think of, including one of the city’s best tattoo shops. Most shops are unique to the neighbourhood so no chain or high street outlets will be found here, and the pedestrianised Haga Nygata is the perfect place to kick off your shop-till-you-drop morning. 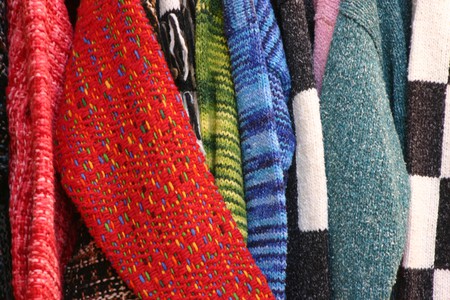 If you’ve bought a lot, stash your bags at the hotel and then it’s time for some sightseeing. Gothenburg began as a Viking settlement before morphing into a commercial port and now a sophisticated world-class city. See the transformation at Gothenburg City Museum. Your ticket will also gain you entry into four other museums, including the Museum of Art, which has six floors filled with the world’s foremost collection of Nordic art from 1900, as well as international work from Picasso, Rembrandt, and many more. 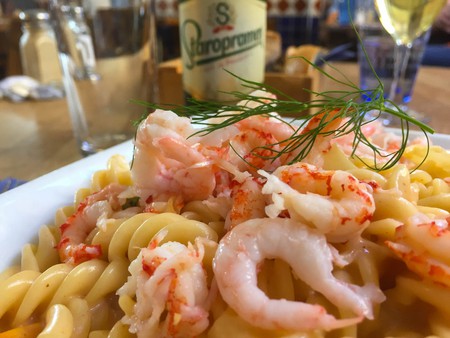 The Fish Church is all about fresh, delicious fish | ©Maria Eklind / Flickr

Now it’s time for lunch and you’re spoiled for choice because Gothenburg, like Malmö, Stockholm, and myriad other towns and cities in Sweden, has come into its own when it comes to cutting edge cuisine. Feskekörka – the Fish Church – is both a cultural delight and a foodie paradise, and serves up fresh fish daily at reasonable prices. You can either get something to take away and eat by the water or try one of the several restaurants inside. If you’re still full from that giant cinnamon bun and want something light, try one of Sweden’s famous hot dog kiosks. Gourmet Korv takes the humble hot dog to a whole new level, offering up around 60 different and often unusual sausages, such as lamb chorizo with cheese, German beirwurst, or even venison sausage – which is made with cognac and juniper. 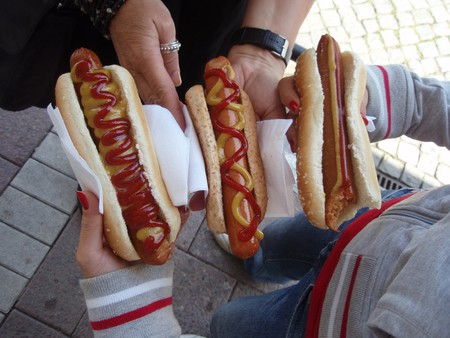 If you want to eat and learn to speak a bit of Swedish at the same time head to Språkcaféet (language or talking café), where you can meet new people and get lunch for as little as 45 kronor – an absolute bargain in pricey Sweden. Sandwiches are great here and they also serve beer – which should make the language flow a bit more smoothly, or at least minimise embarrassment and increase the laughs.

Time for some exercise. The Gothenburg Botanical Garden, located along the mellow banks of Rosenlund Canal, is the perfect place for a quiet early afternoon stroll. Gravel paths wend their way through rose gardens filled with statues and hushed woodland. There’s also an outstanding greenhouse filled with exotic plant life from around the globe. 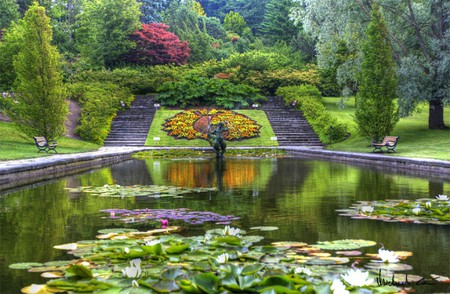 Once you’ve stretched your legs and walked off all that food, hop on a sightseeing cruise. The Paddan Tour departs from Kungsportsplatsen two or three times an hour and takes you on a guided tour of the canals, the old shipyards, the fishing harbour and many other attractions, giving you a solid history – and view – of the city from the water. The open boats (bring appropriate gear for the weather) pass under 20 bridges and the cruise lasts just under an hour. 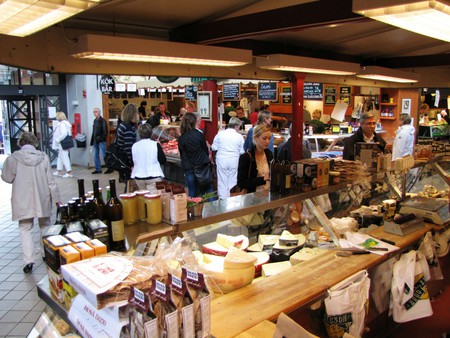 Once you hop off, grab a drink at Bee Bar, the most popular LBGT watering hole in the city, which bills itself as ‘Straight Friendly’. It’s just outside the historic Saluhallen – where you can pick up some speciality food items – and when the weather is right, a table outside is the perfect place to sip a cocktail while watching the city go by.

In 2012, Gothenburg was named the Culinary Capital of Sweden and this honour seems to have spurred the city’s chefs to greater heights. Local and organic have become firmly entrenched and while experimentation is always popular – as is New Nordic – these are Swedes, so logic is always at the forefront, meaning the food, no matter how out there a dish may sound, is rooted in sensible ideas. 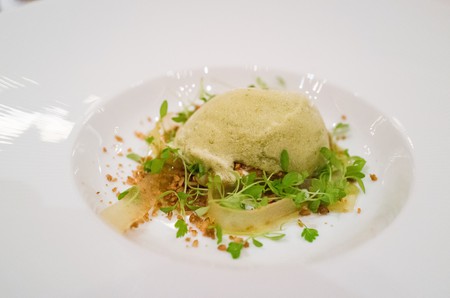 Thörnström’s Kök has earned a Michelin star and it is well-deserved. The dining room is picture perfect Scandinavian minimalism, while the menu is all about modern Swedish and regional cooking. They have a deep love of local ingredients and are experts at putting together unusual flavour combinations that won’t scare you. The menu changes according to the seasons and there’s even a cookery class that you can book into and learn some of their secrets. 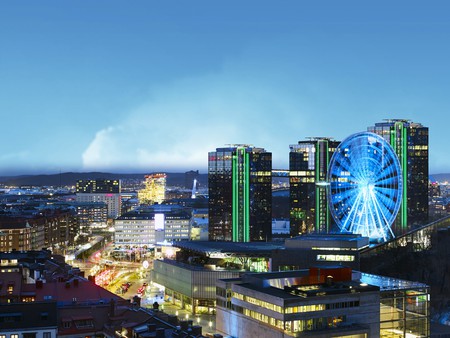 For views to die for combined with amazing traditional food head to Upper House Dining at the top of Gothia Towers. Both lobster and reindeer make an appearance on the very well thought out menu and servers are trained to ask guests about their tastes and preferences in order to guide them to the right choices. And did we mention the views? The city is laid at your feet and it will be a tough call as to whether you should focus your attention on your amazing meal or just keep drinking in the sights. And speaking of drinks, the cocktail and wine menus are outstanding here, so ask the server to help you pair the perfect compliment.

For some great alternative late night fun, head to the formerly slightly seedy Långgatorna – the Long Streets – which retains its slightly gritty nature but now has a certain vibrant fabulosity that is perfect for some good old fashioned revelry. Café Publik has top DJs spinning into the night, as well as live acts. Vink, on the other hand, is a bit more laid back and sophisticated, and the perfect place to enjoy some mellow drinks and conversation. Brew House is one of the best live venues in the city, with a lineup that includes local, national, and international acts. And if you’re not quite sure what you’re in the mood for? The area around Avenyn is jam-packed with bars and clubs so all you really need to do is follow the crowds to find your fun. 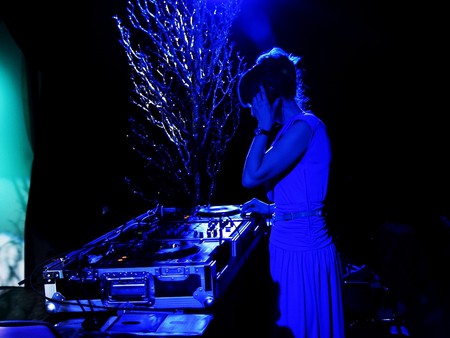