A Tour of Valletta's Sculptures and Statues 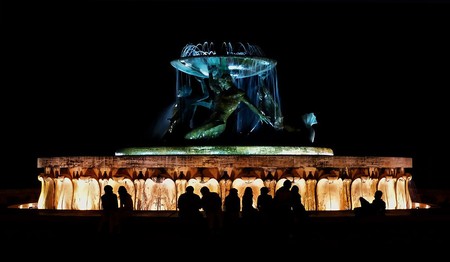 Valletta, the 2018 Capital of Culture, is not only a city full of history shown in its architecture but also its art. The main thoroughfare of Republic Street is bustling with artists, craftmakers and living statues who stand stock still for hours upon end, confusing passersby. Valletta is also home to several permanent statues and sculptures, each with their own story behind them. Here are just five to look out for.

Erected in late 2015, The Knot is one of Valletta’s newest sculptures. Designed by Maltese artist Vince Briffa, the predominantly Italian marble and steel structure has caused some controversy across the island for both it not being to everyone’s taste and its overall cost of €277,152. Based in Castille Square, in front of the prime minister’s office, there have been many rejected requests to have the piece moved to a more central area of Valletta. The monument symbolises the geographical link between Malta, Europe and Africa. 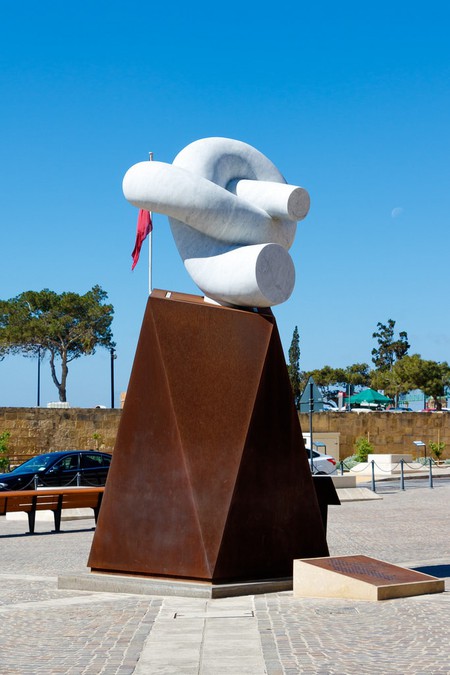 The Sleeping Lady is securely housed at the Museum of Archaeology. Originally discovered in remarkable condition in the Oracle room of the Ħal-Saflieni Hypogeum, Paola, this small clay figurine dates back to the Neolithic period and astonishingly could have been created as early as 4000 BC. Lying in a very natural sleeping position, it is common belief that she symbolises death due to being discovered in a burial chamber. 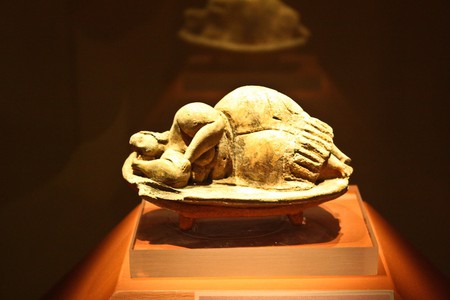 Recently restored in time for Valletta becoming European Capital of Culture 2018, the Triton Fountain is the main attraction at the Gate of Valletta. Originally designed by collaboration with Victor Anastasi, it was sculpted in 1959 by sculptor Vincent Apap. The fountain displays three Tritons lifting a huge bronze platter above their heads to represent Malta’s links with the sea. Previously suffering a lot of wear and tear, and extensive damage during the 1980s, a pillar decorated with seagulls was added to keep the structure more steadfast. The fountain is now restored at a cost of approximately €4 million, presented immaculately, minus the added pillar, and becomes a show-stopping illuminated landmark during the night. 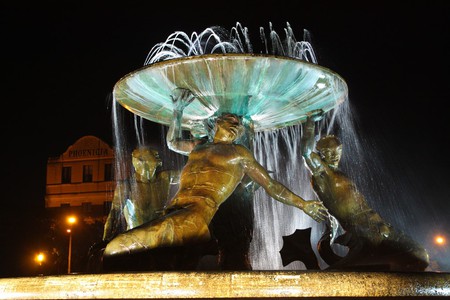 Located in the main square outside Malta’s national library in Valletta is a statue of Queen Victoria. The statue and pedestal, which are made of white marble, stand on grey stone steps and the two coats of arms displayed are cast in bronze. The grand statue is the work of Sicilian sculptor Giuseppe Valenti and was erected back in 1891. With the costs of the piece paid for by public subscription, it commemorates Queen Victoria’s 50th Jubilee. Incorporated into the statue is a Maltese lace shawl draped over the lap. Suffering both damage from the weather and flocks of pigeons that congregate in the square over the years, the statue underwent a full restoration process in 2011 by Heritage ResCo and was carried out by restorers with Heritage Malta. 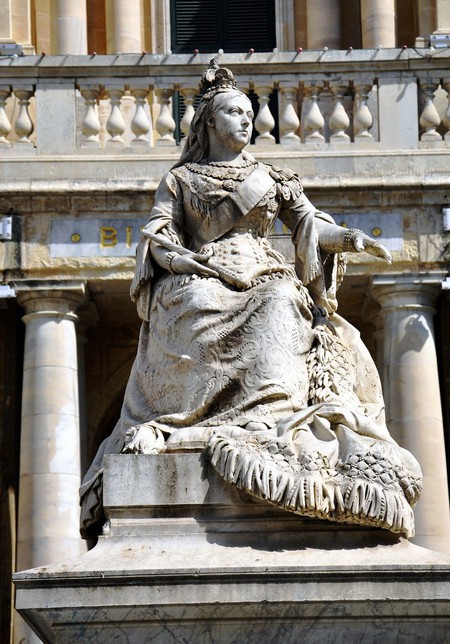 Positioned prominently in the Lower Barrakka Gardens and looking out over the Grand Harbour is a bronze statue representing mythological Greek and Latin culture, in the form of Enea. The statue is positioned to welcome all those who visit Malta by sea. It was presented to Malta in 2003 by Italian painter and sculptor Ugo Attardi through his connections with The Dante Alighieri Society, whose sole purpose is to promote both the Italian language and culture around the world. Sadly, Attardi passed away in 2006 aged 83. The sculpture remains in living memory of the talented artist. 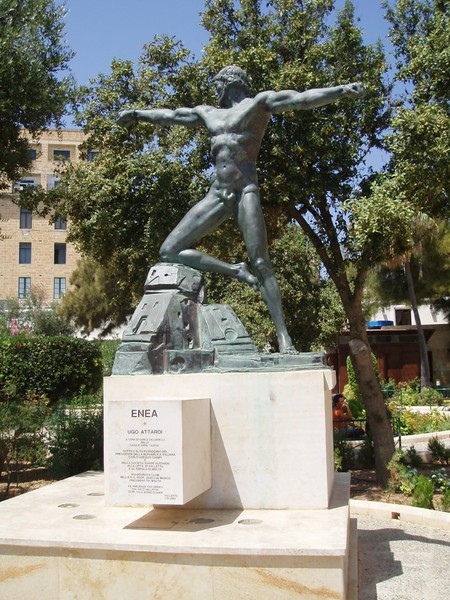 Enea | © Glen Bowman/Flickr
Give us feedback