The Best Hiking Trails in Malta 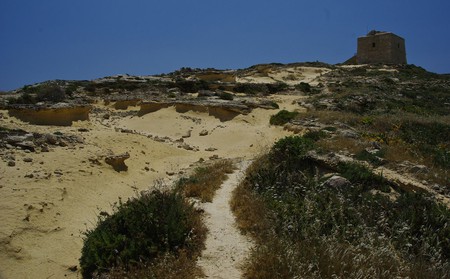 Whether you prefer beautiful bays, scenic countryside, rugged coastlines or rambling through quaint fishing villages, Malta and Gozo provide the most idyllic of surroundings for hiking. Spend some time swapping flip-flops for walking boots and enjoy these stunning hiking trails island-wide.

This eight-kilometre Gozo walk starts at Marsalforn Bay. Heading through a beautiful valley at the rear of the bay, hikers will find themselves passing through agricultural land and, depending on the time of year, will more than likely witness traditional harvesting and farming methods along the way. Heading into the quaint, historical village of ix-Xagħra, landmarks such as the Ta-Kola windmill (dating back to the time of the knights) and the Ġgantija Temples, a UNESCO site (dating back to 3600 BC) are worth a visit. Walking along the base of Nuffara Ridge will lead to the stunning Ramla Bay. With beautiful red sands, this is the island of Gozo’s best beach and a perfect finishing spot. This trail has a grading of moderate, with some steep inclines and rocky areas. 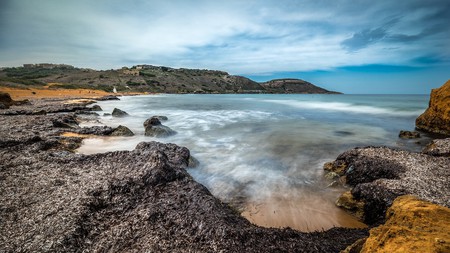 Although strong storms and a ravaging sea saw the total collapse of Gozo’s infamous Azure Window in March 2017, there is still more than enough to take in during this hike ending in Dwejra Bay. Starting at Gebel Ben Gorg Cliffs, you will find a choice of two trails. At San Raflu Lake you can take the trail of the higher option, or prior to reaching the lake take the turn-off, which will take you along the cliff edge. Either route offers breathtaking views of neighbouring farmland surrounded by the azure waters of the Mediterranean. Both routes join at the ancient remains of the Wardija Punic temple alongside views of Gozo’s west coast. With a nearby stone quarry having a direct trail to Dwerja Bay, even without the Azure Window, the final location is a wonderful sight.

To truly be at one with nature, a hike along the Dingli Cliffs on the west side of the island is pretty hard to beat. Particularly from October to May, the surroundings are lush green with wildflowers in abundance along the route. In the past helping to protect Malta from invaders, these natural cliffs reach up to a highest point of just over 250 metres. At one of the highest points stands St Mary Magdalene chapel, dating back to the 17th century. The chapel is at the cliffs’ edge and stands alone, making it difficult to imagine how pilgrims managed to reach it. Views also offer that of the islet of Filfla. Although originally used as target practice by the forces, this minute place is now protected. Awash with wildlife, this limestone place measures a mere six hectares yet is unmissable from the Dingli Cliffs. Fifla even has its own wall lizard endemic to it. Despite its remoteness, the cliffs boast a restaurant for well-earned refreshments. 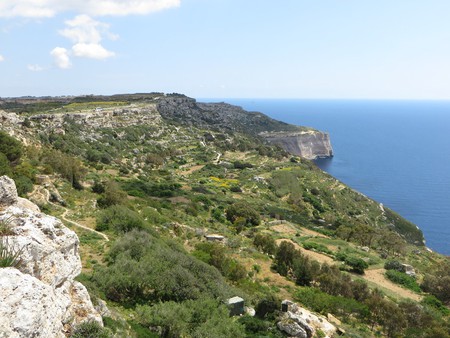 A perfect place to take a few snapshots is at Popeye Village in Mellieha. Without having to enter the tourist attraction itself, the whole set amid crystal clear waters can be seen from the high road and accessible cliffs towering above. A scenic walk through the northern area of Mellieha will take you to the beautiful neighbouring village of Xemxija. Xemxjia offers a heritage trail that can be a little steep in places and uneven under foot but well worth the experience. Walking along the Roman road, away from the hustle and bustle, this was the route taken by pilgrims to go to worship in Mellieha. On close inspection, crosses can be seen carved into rocks. A burial cave dating back to prehistoric times has been carved into the rocks. See a Roman apiary and Roman baths all along this wonderful route.

Comino and the Blue Lagoon

In addition to Gozo, Malta has another smaller sister island of Comino which lies between the two. Accessible by boat trips, this tiny island measures just 3.5km² and boasts an easy graded seven-kilometre walk both starting and ending at the awe inspiring Blue Lagoon. With one seasonal hotel in operation on the island and a population of just four people, this is remoteness at its best. Although the lagoon can become busy with day-trippers, very few venture farther than sunbathing and swimming where the boat stops. With the only cars permitted on the island being those of the residents and the hotel staff, away from the day-trippers, the only sounds are those of the sea and abundance of wildlife. Passing small valleys and the Santa Marija Tower (which is open to visitors if the flag is flying), you’ll also be able to take in the astonishing colours of the flora and fauna. Springtime sees the island hosting tiny, eye-catching scarlet and blue pimpernel flowers. 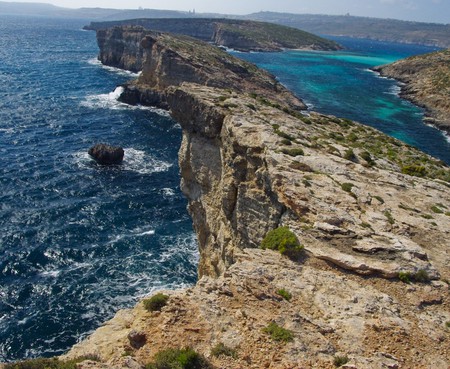