The Coolest Neighbourhoods in Milan 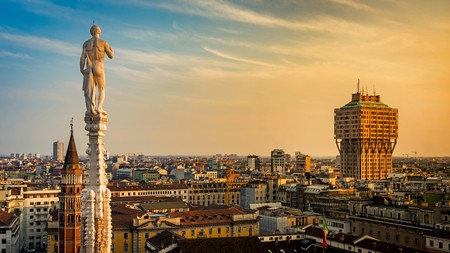 When you’re done queueing outside the Duomo and taking in Da Vinci’s The Last Supper, venture into the neighbourhoods of Milan to experience the city as a local does.

Milan is a city of contrasts, with areas that are sexy, glamorous and creative and others that are dull, foggy and industrial – and its neighbourhoods are equally distinctive. From romantic Brera to new-generation Isola, here are the coolest areas to visit.

Centro Storico and the Fashion District: the must-sees 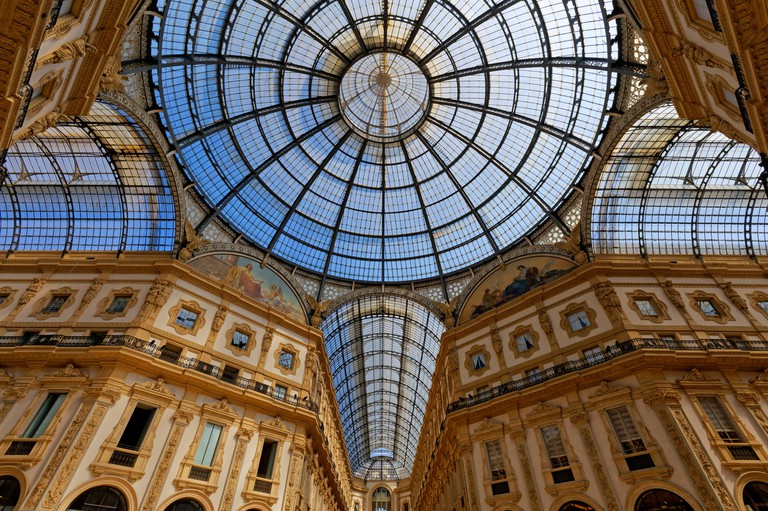 Central Milan is dominated by the cathedral, the Duomo, the largest church in Italy and the fifth largest in the world. Though not strictly cool, the Centro Storico deserves to be on the list because of its multiple attractions. Palazzo Reale (the former Royal Palace) and the Museo del Novecento (a museum dedicated to 20th-century Italian art) are both right next to the cathedral. Galleria Vittorio Emanuele II – the oldest active shopping mall in Italy having opened in 1877 – is next door. Other landmarks include the Scala Theatre, with its leading opera season and star-studded premieres, and the 15th-century Castello Sforzesco. Once you’ve paid tribute to the local history, enjoy a stroll in the nearby Quadrilatero della Moda, the Fashion District, where all the big names in the fashion world have their flagship stores. During fashion week this area hosts catwalks and shows and the streets are packed with models, celebrities and street-style photographers chasing the perfect shot. 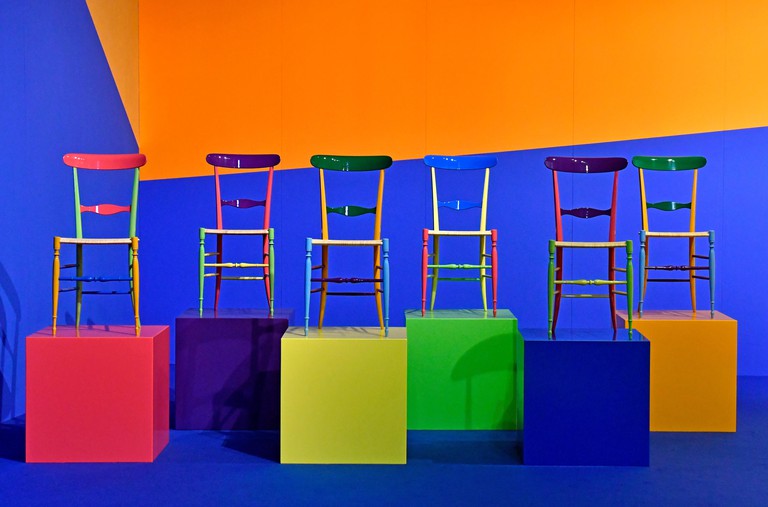 This used to be Milan’s Factory District before the economic crisis in the 1960s. In the 1980s, risk-taking creative businesses began to occupy the empty lofts and today it is a renowned centre of creativity and culture. Several fashion brands have showrooms around Via Tortona. Giorgio Armani is headquartered in Via Bergognone, next to the Armani/Silos, which opened in 2015 and showcases some of the brand’s masterpieces. Make sure to visit Mudec (Museo delle Culture), a one-of-a-kind blend of art and anthropology hosting world-class exhibitions. Every April, Tortona becomes the centre of Design Week, when the whole street turns into a giant furniture pop-up with a festive vibe. One of the lesser-known treasures of the area is LabSolue, a perfume laboratory nestled inside the inner courtyard of the Hotel Magna Pars Suites.

Architectural Landmark
Facebook
Email
Twitter
Pinterest
Copy link
Share
One side of Porta Romana – the one closer to the centre — has immaculately kept avenues of distinguished residential buildings, fashion showrooms and fine-dining spots. The other side (closer to the Lodi metro stop) is a vibrant neighbourhood of bars and crafty markets, popular with a yuppie crowd. A favourite with Porta Romana’s moneyed hipsters is Cascina Cuccagna, a former rural spot featuring a leafy garden and a Michelin-approved farm-to-fork restaurant. Another is PotaFiori, a bistro/florist where visitors dine among a magical den of flowers. The industrial fringes of Porta Romana are home to the city’s leading contemporary art destination, Fondazione Prada, designed by Rem Koolhaas and hosting some of the most groundbreaking exhibitions in Italy. The on-site cafe, Bar Luce, was designed by Wes Anderson. The city’s most well-known club, Club Plastic, is also set in the industrial grounds of Porta Romana and so is another, edgier, hotspot for clubbers: Magazzini Generali.

Porta Venezia is the meeting point of the artistic community, which gathers for drinks at Bar Basso and for parties at Spazio Maiocchi. You can find several bold art galleries here, as well as the Padiglione D’Arte Contemporanea and the Galleria d’Arte Moderna, surrounded by the city’s most romantic park, Giardini Pubblici Indro Montanelli. The LGBTQ community also gathers around Porta Venezia and the neighbourhood has several gay bars: check out Leccomilano’s creative cocktails, Mono Bar and Pop Milano (a feminine and feminist bar, as the neon sign proudly declares). Surprisingly, the residential rents in this area are still affordable, so the neighbourhood is mostly inhabited by students and young families. There is also a large Eritrean community in the area, so you can easily find delicious (and cheap) Eritrean restaurants and bakeries. In Via Malpighi 3 there’s a real art nouveau architectural gem: Casa Galimberti. 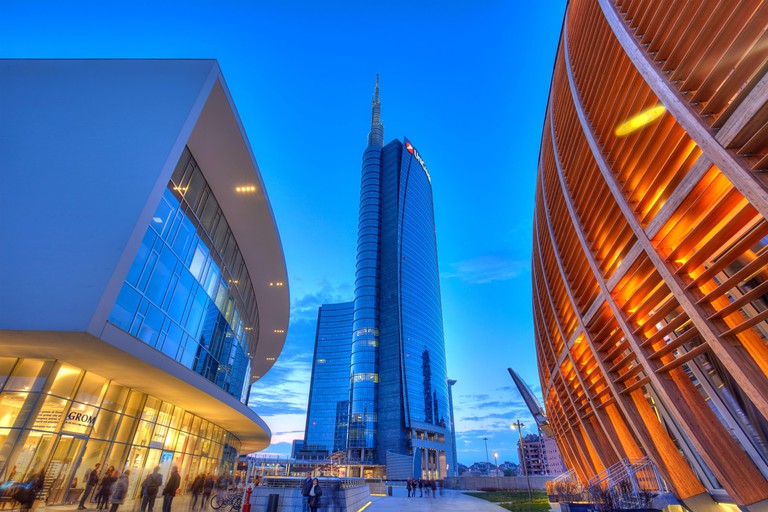 Set in the northern part of the city and slightly secluded, Isola (meaning island) used to be one of Milan’s toughest neighbourhoods, with regular police raids. In the early 2000s, as the rents in Brera and Navigli shot up, artists started moving north, drawn by the cheap housing and the village vibe that distinguished the area, despite its roughness. Today, Isola is the trendiest neighbourhood in the city, with vibrant nightlife, chic boutiques and fine-dining spots. The 2015 Expo led to the construction of an entirely new area, Porta Nuova, which changed the city’s skyline with its avant-garde skyscrapers, such as Stefano Boeri’s Bosco Verticale (Vertical Forest) and the Unicredit Tower. Yet behind the modern buildings and the glossiness, Isola still holds on to its original character. The area has some fine restaurants and an array of cafes serving good coffee and delicious pastries. Nightlife hotspots include Bar Frida and jazz club Blue Note. The area has also become famous for second-hand shops that stock vintage designer pieces. People from all over the city come to Ambroeus and Live in Vintage to shop for Chanel bags and Ferragamo shoes.

Milan’s Chinatown is perhaps not as decorative as its equivalents in New York and London, but it is definitely buzzing. Just north of Parco Sempione (the largest park in the city) and within walking distance from Brera, it occupies a smart spot. The area is a burrow of small streets dotted with red lanterns and residential buildings ranging from traditional case di ringhiera (railing houses) to art-nouveau palazzi. The countless Chinese restaurants run from hole-in-the-wall bun vendors to fine-dining and fast-paced noodle bars. Fans of Asian cooking should also visit the area’s supermarkets, which offer authentic Asian ingredients. Chinatown is also known for affordable shopping, including colourful knick-knacks, authentic kimonos and lacquered furniture. In the early mornings, you’ll find stylists and photographers buying props for their next photoshoot. Many modern venues are making their home near Via Paolo Sarpi, one of which is a minimalist all-day cafe, oTTo. Walking distance from here is Fabbrica del Vapore, a former steam factory converted into a creative hub. 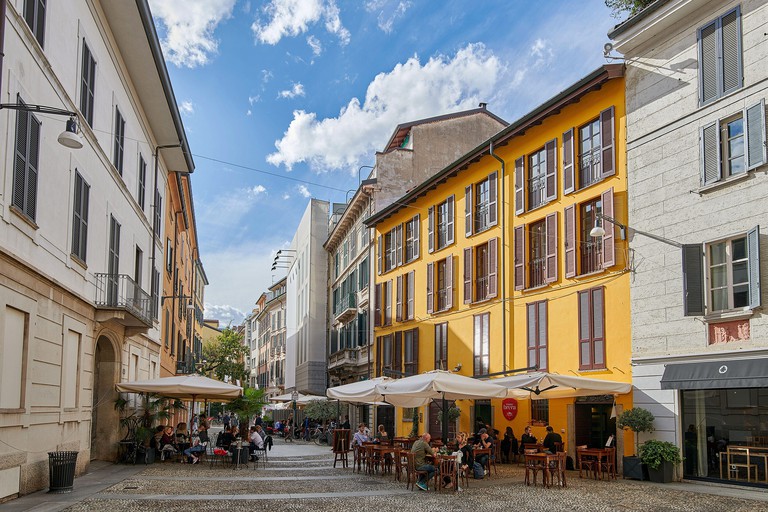 Brera used to be Milan’s bohemian neighbourhood, full of artists and poets. Today, it is mostly inhabited by wealthy businesspeople and has lost much of its edge. The old ateliers have turned into sleek art galleries and Bar Jamaica, once a meeting point for intellectuals, now serves pricey cocktails in a slick setting. However, this is still one of the most beautiful areas of Milan, with a romantic atmosphere and old-world architecture – perfect for dinner or a peaceful walk in the Botanical Garden. If you’re looking for designer furniture, Robertaebasta is an internationally respected design retailer. The central street, Via Brera, is almost entirely dedicated to perfumery, where you can hunt for niche perfume brands as well as names such as Diptyque and Le Labo. You’ll also find the old picture gallery, Pinacoteca di Brera, as well as the Accademia di Belle Arti, Milan’s art school. The colourful crowd of art students gives a glimpse of how Brera used to be. 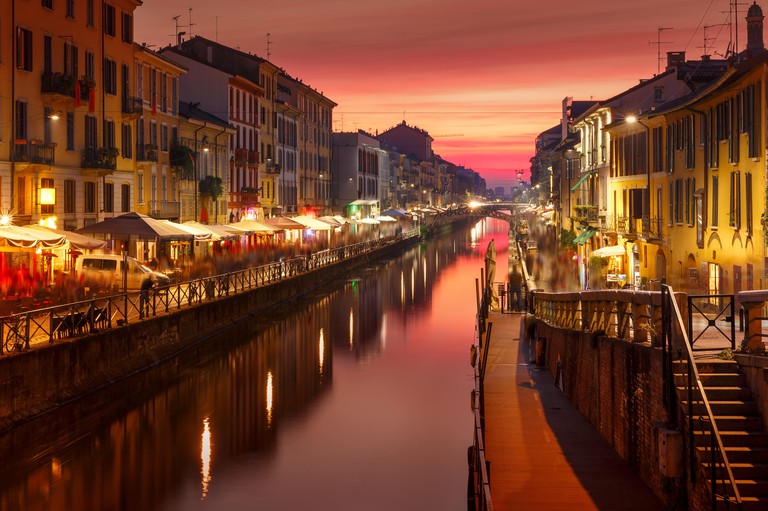 The Navigli neighbourhood, the name means canals, occupies the area southwest of the city, set along and around the banks of the Naviglio Grande and Naviglio Pavese. Historically, the waterways were used for trade, but today they bustle with the sound of the many bars and restaurants that line the pavements. The buildings are painted in rusty hues of yellow and pink, while narrow side streets can lead you to both vine-covered courtyards and graffiti-covered walls. The vibe is relaxed and informal. Here you can find cafes tucked away from the crowds, dusty bookshops (such as Il Libraccio), arty boutiques and many of the city’s creative hubs. Grab a bite at Taglio, an upgraded trattoria that also serves speciality coffee, or taste Berberé’s gourmet pizza. On the last Sunday of each month, the banks of the Naviglio Grande are transformed into a thriving antique market selling everything from furniture to old comics.

North of Loreto, or NoLo, is one of the Milanese districts that provides a fascinating example of how an area can change. The graphic design studio La Tigre conceived the name, inspired by New York’s SoHo. Just like Isola, NoLo used to be squalid and impoverished. Unlike Isola, though, there haven’t been any institutional redevelopment projects, no trendy openings and no major gentrification. The neighbourhood, still home to the working class and many immigrant communities, made itself cool by organising cultural activities and promoting local businesses. And it worked – today, NoLo is described as multicultural, creative, friendly and up-and-coming: Milan’s first and only social district, analysed and studied by sociologists around the world. NoLo offers an eclectic dining scene, from Asian restaurants such as Le Nove Scodelle to Mediterranean meze. You can also enjoy some traditional Italian food at Trattoria da Abele, or at Tipografia Alimentare. There are also some well-known gay-friendly bars and restaurants – NoLoSo and GhePensi MI are among the community’s favourites.

Heading to Milan? Here’s our roundup of the top attractions worth a visit in the Lombardy capital. Looking for a hotel? You can book directly with Culture Trip, from our list of recommendations – whether that’s the best budget-friendly places to stay, the top boutique hotels, luxury hotels or, if you’re after a wellness break, these spa hotels. For more accommodation options check our guide on where to stay in Milan. You can also enjoy a guided foodie tour of Milan as part of our exclusive 10-day Northern Italy trip, led by our local insider.