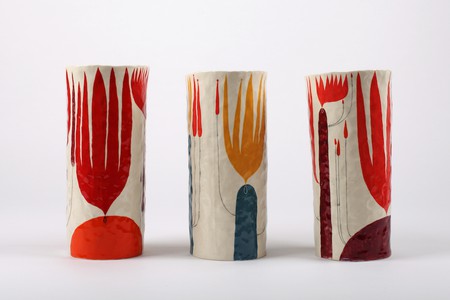 First brought to Ireland by Neolithic – or New Stone Age – settlers, hand-crafted pottery has become something of an Irish speciality. From the proprietors of 40-year-old studios to recent graduates, read on to discover the skilled Irish designers working in pottery and ceramics that you should know.

Referred to by the Design and Craft Council of Ireland as ‘the godfather of Irish craft’, former cameraman Louis Mulcahy has been designing and throwing pottery at his workshop in Dingle, County Kerry since the 1970s, after relocating there from Dublin. Since then, the originally small enterprise has grown into an international success, with his acclaimed work being praised everywhere from The New York Times to National Geographic Traveller magazine, establishing him as the country’s best-known potter.

Stephen Pearce’s father, Philip Pearce, first established a pottery business at his own home in east Cork during the 1950s. After training under his father in his youth – and helping him to create the now-famous ‘Shanagarry’ earthenware range, pictured below – Stephen set up on his own in 1973, with a workshop a short walk across a field from his father’s. Today, Stephen runs both brands, keeping his father’s legacy alive and continuing to dig out the clay used for their designs locally, from the banks of the River Blackwater. 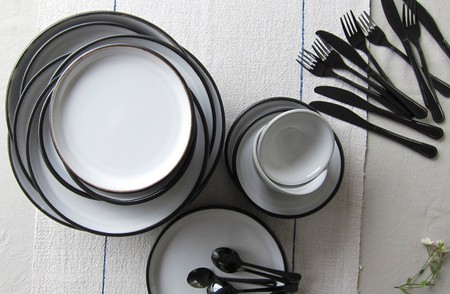 A graduate of Applied Arts at the University of Ulster, Belfast-based ceramicist Derek Wilson describes his work as ‘a 21st-century hybridisation of studio potter and conceptual artist’. Producing ranges of gorgeously minimal tableware both in matt finishes and with a celadon transparent glaze, he has exhibited widely throughout Europe and as part of Wallpaper* magazine’s Handmade exhibition in New York. His ceramics were also part of the touring Liminal – Irish design at the threshold exhibition that was the backbone of the Irish Design 2015 programme, spotlighting a selection of Ireland’s most exciting designers on the international stage. 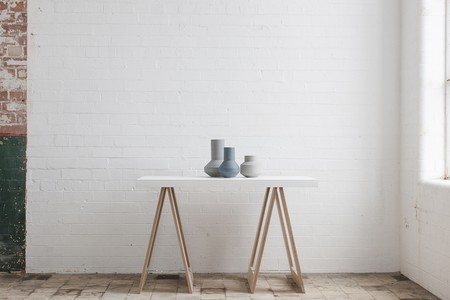 Danu Ceramics owner Ruth Power named her Dublin-based pottery business after the ancient Celtic goddess of earth and creativity and the Hindi goddess of water, as a nod to the essential elements used to make ceramics. A reverence for nature is echoed in the style of her handmade designs, each of which takes on a unique, tactile form. This integrity, along with her inspired use of colour, led to her being named ‘one to watch’ at Ireland’s creative Showcase expo in 2015, and to her developing a strong following of loyal customers. 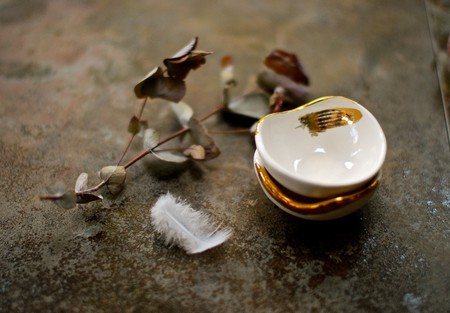 Andrew Ludick says that he draws inspiration for his unique style of hand-pinched clay products from a diverse range of sources – including Native American and African indigenous art and music, the work of Swiss-German artist Paul Klee, and the music of American jazz pianist and composer Thelonious Monk. Working from a studio in County Kilkenny that he shares with his wife and fellow potter Rosemarie Durr, he creates distinctive patterned pieces that have even inspired a collaborative range of rugs with traditional rug-makers Ceadogán, displayed as part of the aforementioned Liminal exhibition of Irish design in 2015.

Northern Irish ceramicist Adam Frew works in the infinitely inspiring area of the Causeway Coast, not far from the legendary Giant’s Causeway basalt rock formation. Here, he uses his potter’s wheel to produce lovingly made one-off porcelain pots and functional works in small batches – many adorned with hand-painted designs – that have found well-earned and widespread admiration. In 2016, he was listed in The New York Times as one of five up-and-coming Irish designers to know.

Few Irish ceramics brands have attracted more international notice in recent years than Laura Magahy’s venture Arran Street East, which has featured in publications like Elle Decoration France – on the cover, no less – and in The New York Times. The former chairwoman of the Design & Crafts Council of Ireland was inspired by Dublin’s historic City Markets area in establishing her studio in 2014. The hand-thrown pots produced there are named after the various fruit and vegetables sold wholesale at the Victorian fruit and vegetable market nearby, such as pink grapefruit, lemon, and parsnip. 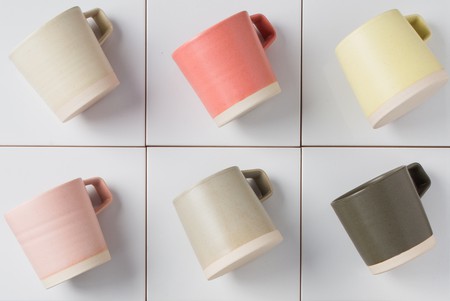 Another graduate of Applied Arts at the University of Ulster in Belfast – she only finished her degree in 2011 – Rebecca Killen concentrates on a colour scheme of white and cobalt with hints of gold lustre in her designs, which are informed by traditional blue and white motifs. She uses the slip-casting technique, casting liquid bone china in plaster moulds before decorating it with her trademark patterns. In 2016, Killen won the regional award for Northern Ireland at the Etsy UK and Ireland Awards, allowing her to exhibit at the London Design Festival in September. Popular products include her bone china milk bottles. 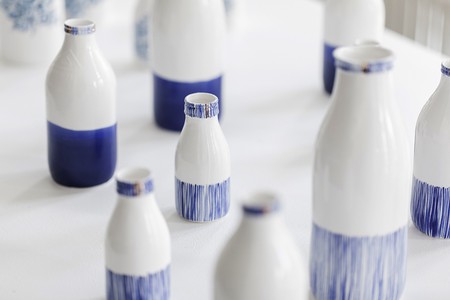