Meet Helgi, the Icelandic Ruler of a Viking Group 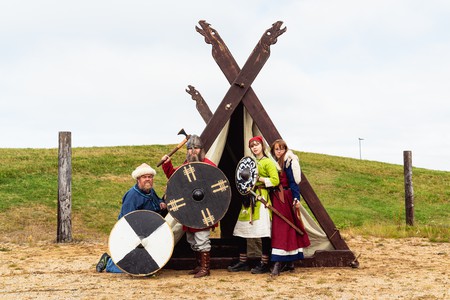 The Vikings who first settled on the small island of Iceland in AD 874 created a fascinating history that has captivated the interest of many historians. One small group of Icelanders is now reviving the Viking way of living by organising meet-ups and activities.

The Einherjar Viking group often gathers to share their interest in the Viking era. They enjoy activities such as fighting classes, and have adopted rules that resemble those of the original Vikings. Culture Trip spoke to Helgi, the hereditary ruler (jarl) of the group, about Einherjar Icelandic Viking group and their devotion to keeping Viking culture alive. 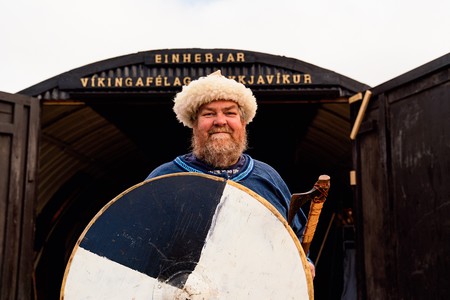 It’s a drizzly day at Nauthólsvík beach; the clouds hang low and the ocean is still. From atop a grassy outcrop comes the sound of axes pounding against wooden shields and the roar of two Viking warriors in battle. The duel is a rhythmic dance of strike and defend, and each blow echoes like a daunting drum. Though the activity is fast-paced, the weapons are weighty, and it’s not long before both warriors are panting and tired. As the weaker contender becomes slow to defend, he protects his head while his legs are exposed. Seizing the opportunity, the attacker thrashes his axe into his opponent’s thigh, and the injured man crashes to the ground. The victor punches the air and plants a leg triumphantly onto his slain competitor’s body. The modern-day Vikings just re-enacted a Viking fight. 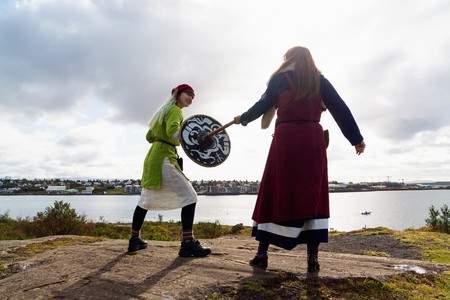 Formed in 2008, the Einherjar Icelandic Viking group trains every weekend, sometimes in knee-deep snow. Despite encountering challenging moments at times, the training has been a crucial part in reconnecting with the original Vikings and their way of life.

“You have to take part to really understand the reality of their lives,” says Helgi, showing his helmet stuffed with sheep’s wool. Due to the extreme weather conditions, even the simple wearing of a helmet can be tough – the metal gets very cold during winter, but burns during summer. 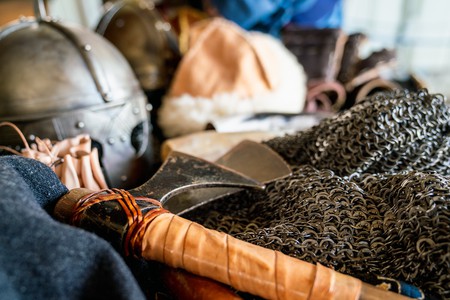 The axe was the most common weapon of choice for original Vikings, so it comes as no surprise that Helgi favours it over other weapons. He proudly shows his axe and reveals that it was only by taking part in re-enactments that he was able to appreciate the full genius behind the design.

“Learning to use an axe is like learning to drive a car. At first, you’re always thinking about what you will do next. But once you have been doing it for some time, there’s a Matrix moment when you stop thinking, and it becomes automatic,” he says, while showing the bottom of the blade, which is blunt to avoid getting caught in the opponent’s shield. The wooden handle extends above the blade, so it can be used to lever the axe out of an object if it gets stuck – a similar mechanism to a bottle opener. And the underside of the blade is curved, so it can be hooked over the top of an opponent’s shield to pull it down, or around someone’s ankles to topple them. 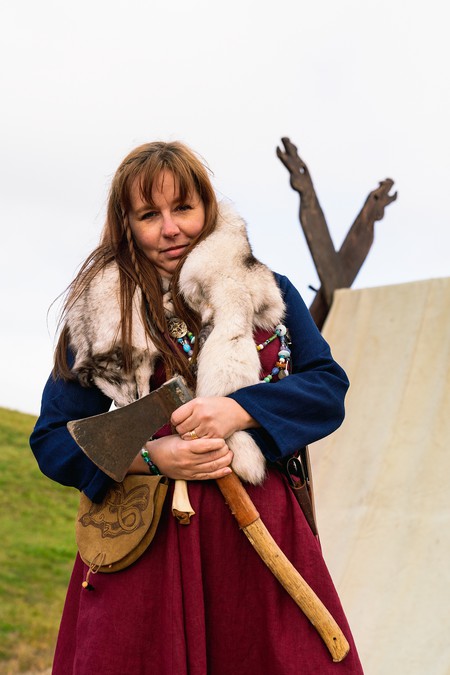 In the past decade, the Einherjar Viking group has evolved from a fighting re-enactment group into a remarkable community reviving ancient skills such as glass-bead making, needle binding and shield painting. While the group was originally formed to practise fighting techniques, today it focusses on preserving Icelandic Viking heritage, having fun and entertaining curious individuals with an interest in the Viking era.

According to Helgi, “People think the Vikings were only about raiding and fighting. But they were farmers and families first.” The group regularly appears at Icelandic culture festivals, where they are often joined by other Viking enthusiasts from the United Kingdom, Sweden and even as far afield as Australia. Together, they re-create settlement villages and showcase skills such as Viking blacksmithing, raising Icelandic chickens and the surprisingly difficult art of horn blowing. 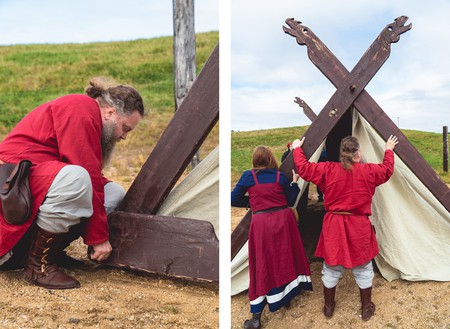 The size of the group has fluctuated over the years, and today there are 11 active members. Boys are often excited to join, as they are drawn to the drama of physical combat. However, they tend to lose interest once they realise that membership also includes community work like mending weapons or repairing the longhouse, a long, narrow building of the type that was inhabited by Vikings. But for those who are committed to staying, the payoff is a strong Viking community of revived ancient knowledge, celebratory feasts and the rare opportunity to acquire hands-on skills. The longest-standing members have even sailed on the only working Viking ship in Iceland while dressed in full Viking gear. “You can imagine how that must have looked. We joked that if we saw a whale-watching boat full of tourists, we should raid it,” Helgi says.

The future of Viking groups

According to Helgi, fewer Icelanders are interested in their heritage nowadays, but festivals like the Icelandic National Day and Menningarnott Culture Night take place each year to teach the new generation about their forebears.

“All Nordic people are aware of being a descendant. They read the sagas but are not interested in knowing more. We are all descendants of the Vikings. When you hear about the gods and the Viking ancestors, it speaks to you, you relate to this. When I first held a Viking-age weapon, it felt very right,” he says with a wide smile. 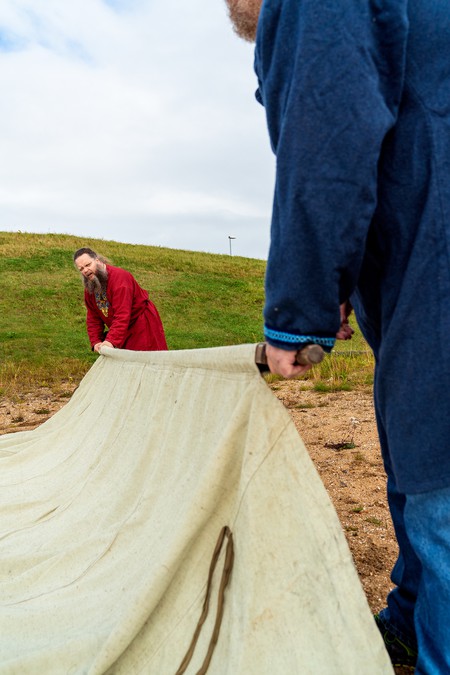 Being a member of the Einherjar Viking group is about more than putting on a costume or dressing up – it’s a way of living that pays homage to the ancestors. ­“When people ask what Vikings looked like, I always say, ‘You’re looking at one right now. I see one every time I look in the mirror,’” says Helgi. 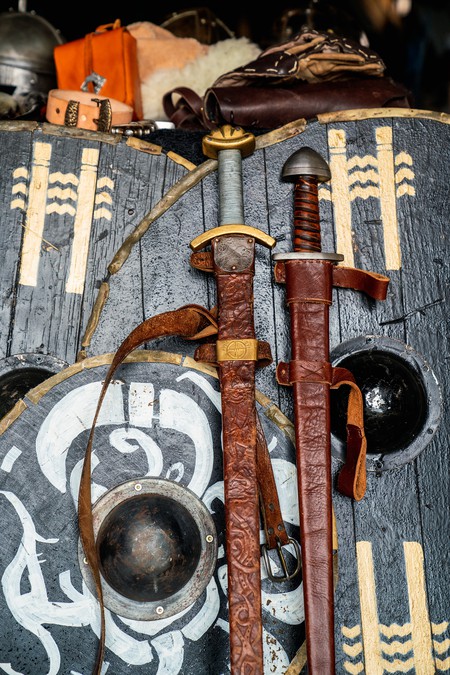