Young pianist Aaron Monteverde has dedicated years of his life to fulfil his duty as the child piano virtuoso in his native Gibraltar. Kayleigh Moreno has spent some time with Aaron Monteverde, getting to know the person behind the fifty-two white keys. 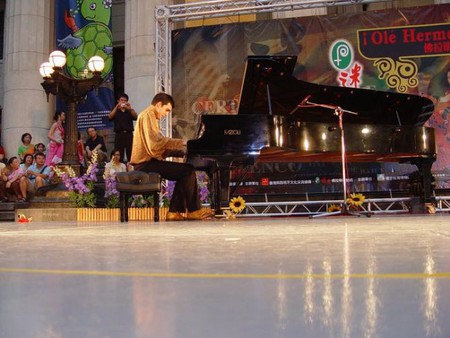 Aaron Monteverde, a Gibraltarian concert pianist and composer born in 1981, was proclaimed as a child prodigy in his homeland. The mixture of Italian, Spanish, Moroccan and Gibraltarian blood that flows through his veins is clearly apparent in his harmonic compositions. His modern yet classically trained dexterity finds its summit in the melodious soundscapes of flamenco.

Aaron first started playing at the age of three, after his aunt bought him a Casio PT-1 mini keyboard with which he spent many of his waking childhood hours on, and which he still keeps in his home as a cherished souvenir of his first step towards his path as a renowned pianist. 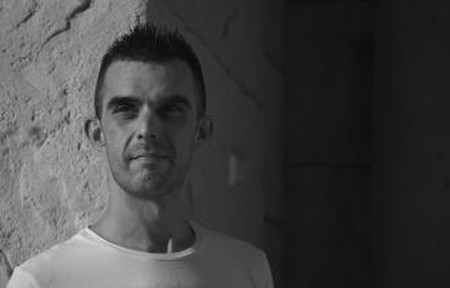 ‘The living embodiment of his piano’ – that’s how Aaron is best described; his normality oozes eccentricity, his hands express great restlessness and his personality is cheerful, conspicuous, unique. In other words, he is a true ´artist´, and a ´living symphony of emotions´. During the course of our conversation, Aaron admits that by now, at age thirty-two, he has devoted a lifetime to music in order to entertain the public; though this has consumed most of his energy, but he regrets no part of. His career commenced when he taught himself to play the piano for a year at just three years of age. He recalled how his father, a construction worker, wanted his son to follow in his footsteps and was unsure about sending him to lessons at such a tender age. But his parents soon came to terms with Aaron’s obsessive behaviour, which had him focusing all his attention on his small Casio keyboard. They chose to send him to piano lessons, thanks to which he gained more basic technical skills and captivated his music teachers. Aaron explains how, at the age of five, he was asked to step in for the music teacher on various occasions and play the St Joseph’s school anthem on the piano during assembly. 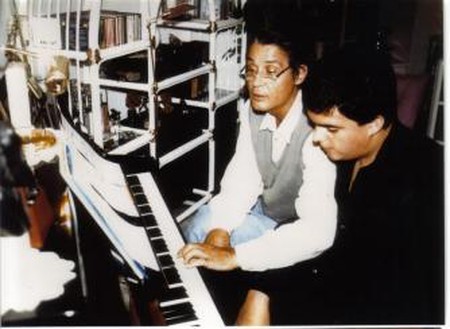 In 1995, after winning a local talent show, Aaron was spotted by a recognised Spanish flamenco pianist and composer, Maestro Felipe Campuzano. Campuzano soon became Aaron’s mentor and close friend, the person who influenced his life and career the most. During this time, Aaron grew as a musician and blossomed into a young man, having lived life to the fullest at such a young age, travelling and mingling with well-known Spanish celebrities and musicians.

During his teenage years, he met Camaron De La Isla´s son at a music festival where they both played; they quickly decided to collaborate. Aaron was offered the chance to tour around Andalucia playing with Camaron De La Isla´s son, Antonio Reyes and Quino Roman (Camaron´s brother-in-law), as well as various other talented acts, but had to turn down the deal as he was leaving to study for a Music degree in the UK.

Aaron spent the next few years working towards a first-class BA (Hons) degree in Music from the University of Chichester. He then went on to gain a Master’s degree in Music composition and performance from Trinity College of Music in London. Aaron recalls how he would spend around 10 hours a day in solitude practising non-stop, and all he could talk about was music. 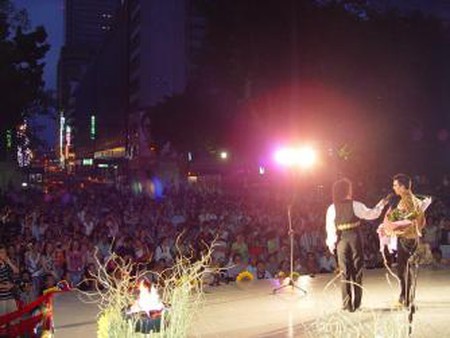 After his studies, he spent over a month travelling around Taiwan. He mentions that whilst in Taipei, he spontaneously ended up playing at the city’s National Flamenco Festival, which he signed himself up for and played at on the same day. Luckily, a few hours before the show commenced, he was able to find a concert piano, which was generously loaned by a local inhabitant. Aaron spent the next couple of years expanding his curriculum and skills as a musician, composer and performer, playing in venues around Andalucia, Gibraltar and the UK, at events such as the Variety Club Showbiz Awards 2008 at the Grosvenor Park Hotel in London. In addition to this, he also performed at many other private functions for significant people such as La Duquesa De Alba in Spain, showcased his abilities on national television contests and offered his time to play at charity concerts.

After two years spent behind the scenes, Aaron is now coming back stronger than ever and ready to perform in any venue. He strongly believes that he lives to entertain and his love for music is stronger than any obstacles.

Aaron will be touring across the USA, Dubai and playing in venues in London and around the UK during 2014-2015.