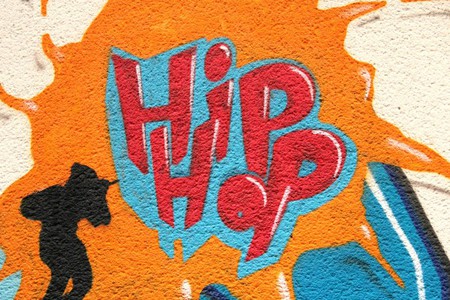 Berlin has, for some time, been known as the European capital of techno, but events like the street battles Rap am Mittwoch and Feuer über Deutschland serve as a reminder that Berlin is also home to a vibrant hip-hop scene. Culture Trip offers our ultimate top 10 of the hip-hop artists coming out of Germany‘s most eclectic city. 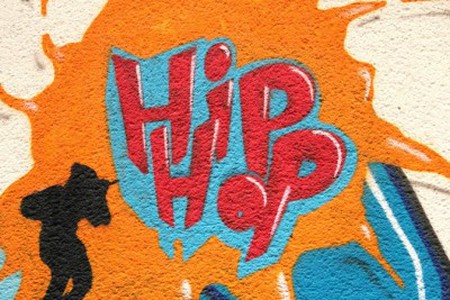 A.i.d.S. is a German duo made up of Sido and B-Tight. It was founded by the two artists in 1998 under the name of Royal TS. Since 2003, they have been publishing under their own names. Back at that time, Sido and B-Tight were living together in Wedding and were performing at the Royal Bunker. One of their CDs, Alles ist die Sekte, was published in a limited edition of five hundred copies. It is an esteemed and valued album but not in everybody’s price range, costing around 250€.

Paul Würdig, known as Sido, is a German rapper linked to the independent label Aggro Berlin. He is part of the group of A.i.d.S. but is also a solo performer. His nickname stands for superintelligentes drogenopfer (super intelligent victim of drugs). He is one of the most famous artists in the scene because of his hard-hitting content regarding the darker side of Germany. He sings about the critics of the new generation, drugs, petty criminality, and life in the neighborhoods. He was infamous for wearing a skull from 2001-2008 and is criticized because of his use of explicit language, of exalting money, and of the graphic content of his videos.

Muhamed Ayad, known as Tony D (for Damager), is a Berliner-Kreuzberg rapper of Lebanese descent. He was interested in rap from an early age, declaring that his interest started when he was ten years old. His style is similar to the Lil’ Jon’s. When not performing as a solo artist, he forms part of the collective Aggro Berlin.

K.I.Z. is a well known hip-hop group from Berlin, linked to the Universal label. The members are Tarek, Maxim, and Nico. Their lyrics are infamous for their sarcasm, irony, and tendency to cover a vast range of topics such as politics, the arts, and societal ills. They are also a symbol of Berlin because they like to draw in crowds for their concerts, often instigating impromptu performances. They have performed a concert in the underground and given one for free on the river Spree by the remains of the Wall.

Officially registered as Anis Mohamed Youssef Ferchichi, he is better known as Bushido, a Japanese word that means ‘way of the warrior’. As of 2009, he has sold more than 1.5 million albums in Germany alone. Bushido is often in the media not just for his music but for the controversies he causes. He has often been accused of being extremely right-wing, misogynist, and homophobic. He answered some of those accusations with ‘Wilkommen Provokationensmöglichkeit’, a welcome opportunity to provoke. Bushido is also the manager of the label Ersguterjunge.

Patrick Losensky is his real name, but for the hip-hop lovers he is famous as Fler. He has collaborated with Carlo, Cokxxx, Nutten and Bushido. Fler has been active since 2004, and since then he has put out five albums. Participating in Berlin life, he also opened his own shop, Psalm 23, in Berlin-Wilmersdorf; the shop closed in 2011, however, announcing that it would continue to sell online. Since 2013, he has also established his own line of clothing with his fashion brand ‘Maskulin’.

Culcha Candela is a rap group that was created in Berlin in 2001. Their lyrics cover a range of topics, from the political to the light-hearted. The members come from various countries, so that their songs can be in English, German, Spanish, or Patois. Their multiculturalism is evident in their music videos, but also in their official website, which is officially in German but also presents a Spanish and English version.

Peter Balgorry, better known as Peter Fox, is a rapper and reggae singer from Berlin, and also member of the reggae band Seeed. He received the award for the Best Album of 2009 with his 1LIVE and two platinum discs for his album Stadtaffe in 2008. The right part of the face has been semi-paralyzed since 2001 because of a medical mistake, but it has become his recognizing characteristic.

Amewu is a hip-hop artist born in Berlin-Charlottenburg. His lyrics and his artistic figure differ from the classic hip-hop genre, often definable as gangsta rap. He likes to speak about deeper topics, putting effort into his rap technique. He pointed out that in his world it seems that the more ‘bad boy’ you act, the more it seems that you gain respect. He personally likes irony but thinks that the good way is in the middle. He also criticized cynicism, another typical feature of the rap world.