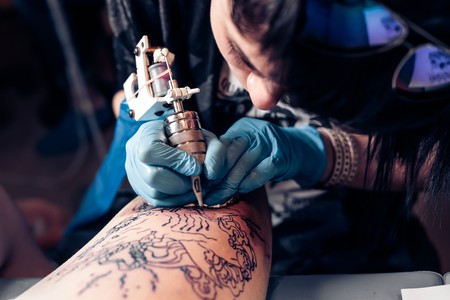 Berlin has long been a centre of subculture in Europe. From the punks of Friedrichshain and Kreuzberg to its underground and submissive parties, much of the city’s pulse beats to its own rhythm. Alternative culture lies at the heart of the city, and squats have played an instrumental part in this, influencing culture, music and all aspects of art, including the increasingly popular medium of tattooing.

A slow rise into the mainstream

Today, tattoos are considered mainstream. In fact, in Western society they have never been more popular. Social researchers have found that Generation Y, which includes people who were born between the mid-1980s until the 2000s, are the first generation to have tattoos normalised. To understand the cultural climb to normality, first, we have to understand the pioneers and the history behind it. In many societies, tattoos are considered sacred and traditional markings; in other, more Western societies like Germany, tattoos are seen as a statement. In Berlin, the rise of squats in a newly united city also saw an increase in artist communities that were hungry for change, seeking to break against norms and stand as one. It is here that punk movements and counter-culture flourished, and it is also within these squats that tattoos became increasingly popular. 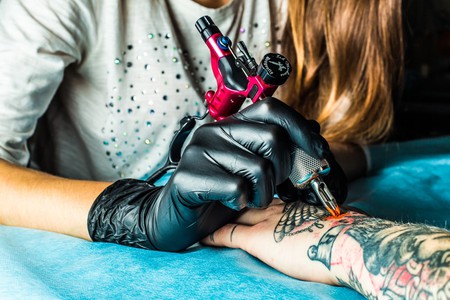 A symbol of counter-culture

After the fall of the Wall, Berlin’s squats thrived on the fringes of society, giving space for people to explore themselves and rebrand culture. With anti-establishment roots, these squats were safe spaces to let counter-cultural movements in Berlin flourish. They offered a place to be weird, wonderful and pissed off for the disenfranchised, artists and creative thinkers. Piercing, tattoos and punk attire was, for many, the unofficial uniform. Tattoos played an important part in this, and many squatters marked themselves with statements and symbols of protest. Berlin artist, Timm Ulrichs, became famous in 1981 when he had the words ‘The End’ tattooed on his right eyelid. Every blink was now a sign of his own transience, and Ulrichs exploited the social stigma to shock, provoke and make a statement. Ulrichs explained that ‘When, as an artist, you work with your own body, then you automatically enter the realm of tattooing.’ There are plenty of other examples of using tattooing as a form of protest both within Berlin and across the world. Perhaps the most legendary is Austrian artist, Valie Export’s garter belt motif, which she had tattooed on her left thigh back in 1970 in protest against the fetishisation of women. 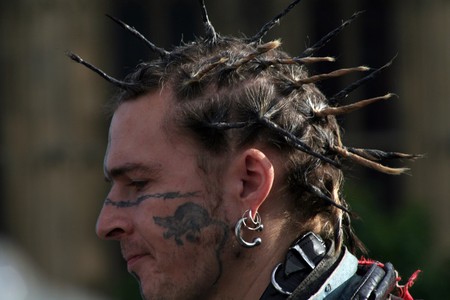 Still a form of expression

Although tattoos have moved beyond this symbol of rebellion and have been reinvented as a form of fashionable image cultivation, for many this doesn’t diminish their significance. World-renowned tattooist Guil Zekri explained to DW that, ‘Lots of people get tattoos because it is very important for them, because they have something to say or because they want to belong to a certain social group.’ While the culture surrounding tattoos has shifted, the artistic, technical and emotional value of them has remained. And the ethos from the earlier, squat influencers and pioneers of body art in Berlin can still be felt in the culture today. 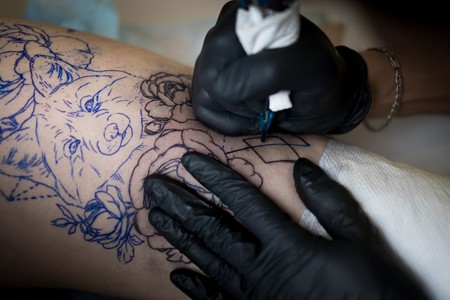 Tattoo Artist Outlining a Tattoo | © Humpback_Whale/Shutterstock
Give us feedback