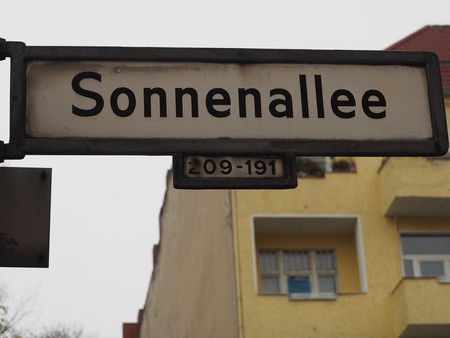 On Sonnenallee in Berlin, falafel shops, Turkish markets and bakeries serving up tasty baklava are in abundance, earning it the name ‘Arab Street.’ Praised as a shining example of integration ever since the surrounding neighbourhood Neukölln saw an influx of predominantly Turkish workers decades ago, now a new wave of newcomers have arrived, bringing more culinary delights with them. Here’s how Berlin’s Arab Street became a foodie paradise.

Wandering down Neukölln’s Sonnenallee is a sensory experience, the waft of Shisha smoke perfumes the air, Middle-Eastern shop-fronts display signs in German and Arabic and the hum of languages is a mix of Arabic, German and English. While the plethora of restaurants, bakeries and cafes host an array of Berlin’s hipsters, original locals and Middle-Eastern families, providing cuisine from Turkey, Lebanon, Syria and beyond. These influences extend back to post-war Germany when an employment treaty called Gastarbeiter was put in place to resolve labour shortages. An influx of Turkish citizens moved to the city during this time and many stayed, starting a new life in Germany and bringing their culture and culinary delights with them. 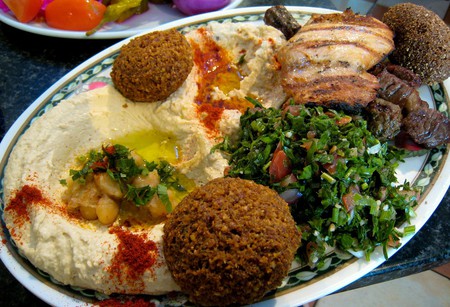 Now, another generation of newcomers are finding their place on Sonnenallee. Some seek a sense of culture and home there, for others, an opportunity for a livelihood. One Sonnenallee spot Alagami restaurant is offering both, as the busy joint is staffed entirely by Syrian refugees. Serving up plates piled with tabbouleh, hummus and crunchy falafel, from a menu that’s filled with classic Middle-Eastern dishes and drinks, there is an essence of familiarity here, both for the newcomers and locals, who have developed a taste for the cuisine over the years. As the area blossoms into an epicentre that the city’s Middle-Eastern community and hipsters call home, food remains a common-ground for cultural exchange. 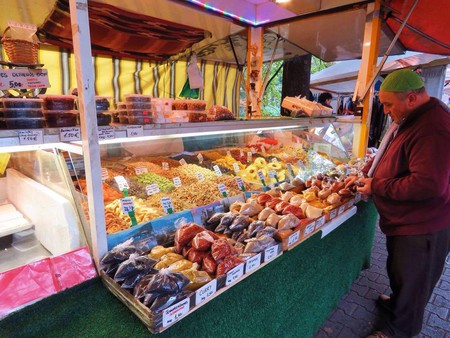 Neukölln has been hailed as a beacon of multiculturalism and experts point to its geographic location as a reason for its success. As the neighbourhood is part of inner-Berlin, it remains attractive to students, artists, creatives and low-income Germans, and as a result, it’s helped create the right environment for integration. This makes sense when contrasting the area with many other European cities, like Paris, where migrant neighbourhoods are pushed to the outskirts. The organic outcome is vibrant spots like Berlin’s Arab Street and within Berlin, this has created a diverse gastronomic scene, a mosaic of multicultural flavours, as well as a place for social and cultural change. 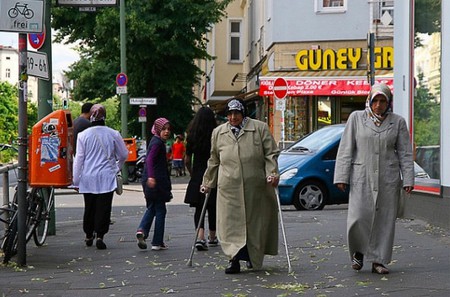 Although one of the most vibrant examples, Sonnenallee is not the only place where refugee food projects are thriving. Across Berlin, cooking groups like Über den Tellerrand, meaning Beyond the Plate and Give Something Back to Berlin’s Open Kitchen are also using food as a means of cultural exchange in the city. These projects provide a platform for locals and newcomers to meet, learn together and ultimately connect. 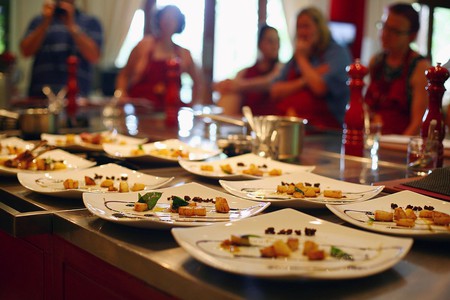 For local and international foodies these pockets of Berlin breathe new life into the city’s gastronomy, allowing mouth-watering, authentically flavoured dishes to become part of its fabric. While Neukölln as a whole is still faced with difficult hurdles, as unemployment, lack of housing and overcrowding are rife, bustling boulevards like Sonnenallee signal the power that living, sharing and eating together can have on bringing communities together.