Courtesy of Zum Schmutzigen Hobby
Berlin has often been regarded as one of the most gay friendly cities in Europe. While the city’s gay district is traditionally Schöneberg to the west, there are actually plenty of hip gay bars and nightclubs located throughout the city. Some of these have become important Berlin institutions, sought after by a diverse crowd of people. Here are the top gay bars in Berlin.

A favorite bar on the gay nightlife scene, Möbel Olfe attracts a varied crowd of both gay and straight folk: it’s just generally regarded as a pretty cool place to hang out. It is definitely a gay bar, however. Come here for craft beers, good vibes and themed music nights. Thus it’s an excellent place for people looking to groove to the hippest of tunes. Outfitted in quirky interior features, colorful light fixtures and retro furnishings, here people can release their inner hipster. Located in trendy Kreuzberg, Möbel Olfe is an obligatory fixture on anyone’s bar hopping circuit.

Bar, German, $$$
Map View
Another one of Berlin’s more popular and well-known gay bars is SchwuZ, whose new location is in Neukölln, an up-and-coming area in Berlin’s gay scene. With a distressed, industrial style interior, this place has the feel of any proper nightlife establishment in Berlin. There are three dance floors, and music varies at each from night to night. Major draws at this club are its special events like London Calling and Madonnamania with themed music and costuming. SchwuZ typically draws a friendly younger crowd, making it a diverse and inclusive environment where people can dance from dusk until dawn.
More Info
Open In Google Maps
26 Rollbergstraße, Bezirk Neukölln Berlin, Berlin, 12053, Germany
+493057702270
Visit website

Barbie Deinhoff’s in Kreuzberg’s Wrangelkiez is one of the cozier venues in the area. It is a sultry and low-key but it isn’t uncommon for DJs to be playing here, so it is still possible to get down and groove under the neon red glow of the dazzling house lights. Not to mention, they offer convenient drink deals, and it is easy to meet new friends here as the ambiance is always vibrant and friendly. Barbie Deinhoff’s also doubles as a queer performance space where drag shows take place, and there are fun costumed nights like Tu-tu Tuesdays. Barbie Deinhoff’s also sells cookies and cakes in addition to cocktails.

Located in Schöneberg, Berlin’s iconic gay neighborhood, Blond is open every day from the afternoon until the wee hours of the morning. Offering great cocktails and drag, this corner bar also has karaoke on Tuesdays, and there is also a full restaurant. The interior features colorful candy-striped walls and other eclectic decor. Blond usually brings in a mixed crowd and it is generally regarded as a good place to enjoy a couple of drinks before heading out to one of Berlin’s many clubs.

Situated just a short walk from Nollendorfplatz, Heile Welt, which translates to ‘heal the world’ in English, provides a gay haven for anyone looking to enjoy some highbrow cocktails in a classy environment. This bar has the look of a ’60s-style lounge, and it is ideal for a more intimate evening out because it doesn’t typically have the booming pulse of music common at many places in Berlin’s nightlife arena. Sometimes there is even live piano music.

Inside Berlin’s legendary Berghain, which is one of the city’s most notorious gay and fetish clubs, is Panorama bar. A favorite of locals and seasoned party veterans because it offers Berghainers the ability to watch the sun rise through the windows that give Panorama bar its name. Considering Berghain’s popularity, Panorama welcomes a diverse and eclectic pan-sexual crowd, and it has its own musical acts, meaning it has an atmosphere that’s distinct from other parts of the club. Within the massive Berghain building, there is also a men’s only area named Lab.Oratory. 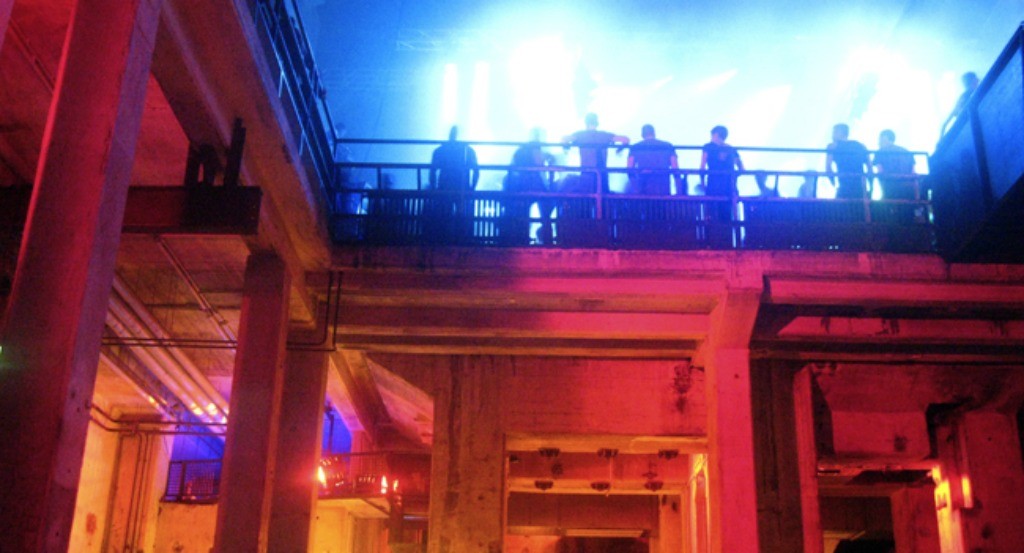 Nightclub, Beer, Cocktails, $$$
Map View
© Juergen Henkelmann Photography / Alamy Stock Photo
Kit Kat is one of Berlin’s most famous fetish clubs. It has a wild atmosphere and was founded by pornographic filmmaker, Simon Thaur. The name Kit Kat takes its inspiration from Cabaret, in reference to the risqué Berlin nightclub featured in the play. Most music here falls into the realms of trance and techno. With its liberal host of patrons, incredible lighting, and titillating atmosphere, a night at Kit Kat promises an unforgettable experience.
More Info
Open In Google Maps
76 Köpenicker Straße, Mitte Berlin, Berlin, 10179, Germany
Visit website

No tour of Berlin’s gay nightlife scene would be complete without a stop at Zum Schmutzigen Hobby. It is on the smaller side and is set up much like a living room but there is still enough room for a solid dance party. Located on Friedrichshain’s lively Revaler Strasse, it is sometimes even possible to spot celebrities here. Yet, Zum Schmutzigen Hobby is a mellow, welcoming place that attracts a mixed group largely consisting of queer folks and hipsters. You can also catch screenings of the old crime series, Tatort, every Sunday for a laid-back wind-down from the weekend. 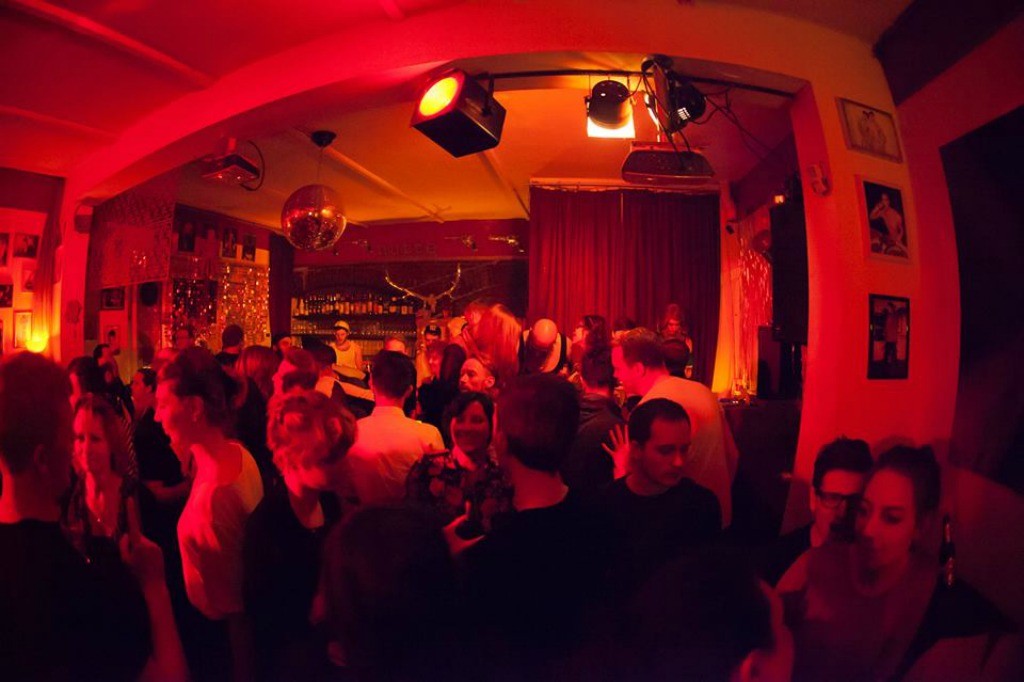