How to Make the Most of 48 Hours in Berlin 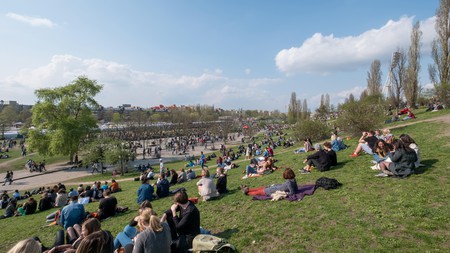 Germany’s dynamic capital, Berlin, is famed for its vibrant arts scene, storied history and awe-inspiring architecture. Spending 48 hours in Berlin is just enough time to get a taste of what the city has to offer.

The beautiful thing about Berlin’s eternal self-reinvention is that every trip offers up a new facet of the city, set against a backdrop of rugged streetscapes and diverse architecture. From Cold War history to the city’s manifold open-air delights, a weekend in Berlin is always an adventure.

Channel the glamour of Berlin’s former West by starting your day at Charlottenburg’s Café-Restaurant Wintergarten im Literaturhaus, which serves traditional German breakfasts in a lush conservatory and, if the weather permits, in an idyllic garden. The streets surrounding Savignyplatz, with their extravagant Gründerzeit (late 19th-century) architecture, make for a delightful strolling route, peppered with independent galleries (download the contemporary art app Exhibitionary for an art guide in your pocket) and boutiques. Take a peek at Paper & Tea, a light and airy concept store whose interior fuses minimalism with traditional Japanese design, selling a wide range of high-quality, hand-picked teas from around the world. At Fasanenstraße 74, duck into the Hinterhof (courtyard) for a stop at Aera Bread, a dream-come-true for celiacs with its 100% gluten free offerings, including treats like sesame-miso biscuits and coffee from local roaster Bonanza. 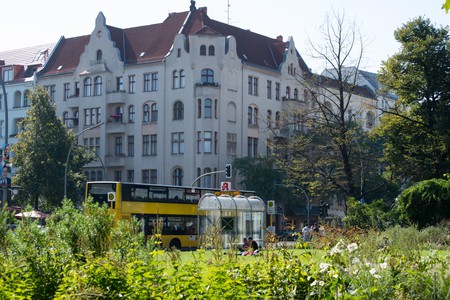 Energy levels replenished, head into Mitte – Berlin’s central district – for some serious culture at Museum Island, a UNESCO Heritage Site comprising five outstanding museums. Though admittedly touristy, Museum Island holds many treasures including, from summer 2019 onwards, the James-Simon-Galerie, a new visitor centre designed by British architect David Chipperfield. Head there to get tickets for your pick of five world-renowned institutions: the Pergamon Museum, famed for its collection of Islamic art and Middle Eastern artefacts; sculpture and Byzantine art at the Bode Museum; the Neues Museum, known for its collection of ancient Egyptian art; the Altes Museum, which houses a vast range of ancient artefacts from the Greek, Roman and Etruscan eras; and the Alte Nationalgalerie, which is home to Neoclassical, Romantic, Impressionist and early Modernist artworks. Each museum is a destination in its own right, so pick one to hone in on.

After your trip back in time, you should be just about ready for lunch – meat-eaters would do well to visit Mogg, housed in a former Jewish girls’ school, for the restaurant’s famed Reuben sandwich: pastrami (home-cured and smoked in house), Swiss cheese and sauerkraut between slices of rye, served with a pickle (best paired with a spicy Bloody Mary). Just around the corner is FREA, an elegant zero-waste restaurant with a 100% plant-based menu. If you’re still peckish, stop by the minimal Black Isle Bakery on Linienstraße for espresso and one of founder Ruth Barry’s delicious Scottish treats, like Millionaire Shortbread. If the sun’s out and you’re feeling carefree, head towards Weinbergspark for some park relaxation and people watching. On the way, stop by Lager Lager Bottle Shop – the second outpost of the beloved Neukölln craft beer store offers speciality brews from around Germany and the world. Fresh takeaway growler fills are also on offer, alongside an excellent selection of natural wines, which you can enjoy at the park in a borrowed glass at the park against a 2€ deposit. 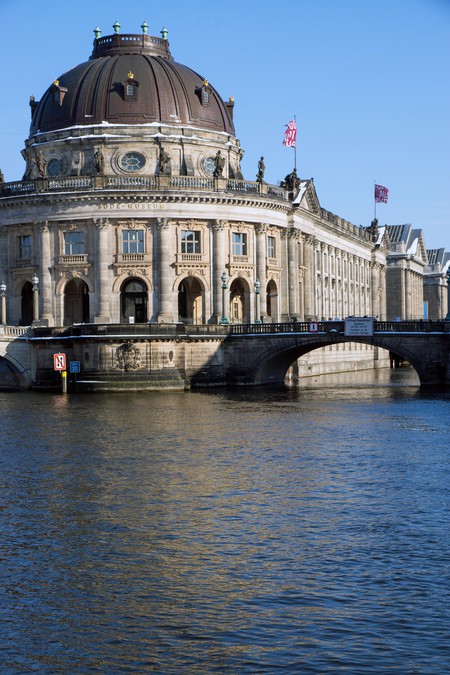 Head south for the evening to chase the sunset at Tempelhofer Feld – once an airport and since 2010 an expansive public park, where planes have been replaced by rollerbladers and skateboarders cruising down the former runways. Another favoured place to soak in the last rays is on the bridges of the picturesque Landwehrkanal, not least due to the informal open-air concerts that often pop up at Admiralbrücke. Nearby, you’ll find one of Berlin’s best restaurants: the Dutch neo-bistro Lode & Stijn, which offers a seasonal set menu with an optional (and highly recommended) wine pairing. Booking is required here – though if your trip is of a more spontaneous nature, you can’t go wrong with falafel and freshly baked tandoor bread at the Iraqi-Kurdish fast food joint Lasan, situated at ‘Kotti’, as Kottbusser Tor is known locally. Grab a seat outside for a front-row view of the hustle and bustle of this notorious Kreuzberg corner – a vivacious melting pot of cultures, iconic social housing, Spätis (corner stores) and gay bars. 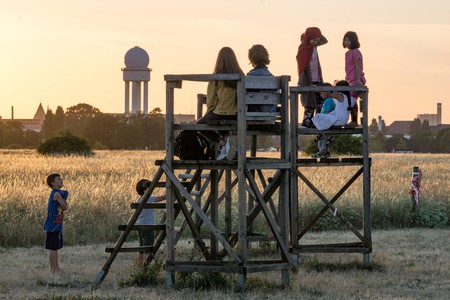 Then head around the corner to transition from evening to night with a well-made cocktail at the tiny bar Das Hotel, which is filled with fresh lilies, flickering candlelight and soulful tunes. For later, scope out Resident Advisor to see what’s on where – if not Berghain, OHM and Griessmühle host some of the best club nights celebrating the city’s queer, open party culture. 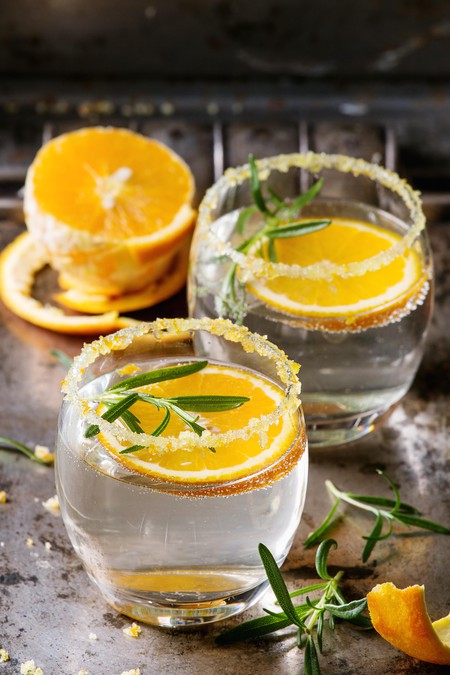 However long your Saturday went on for, Sundays in Berlin are made for taking it easy. Soak up last night’s excesses at elegant Kreuzberg café Annelies, just opposite the vibrant Görlitzer Park. A highlight of the thoughtful (and impeccably presented) brunch menu is the French toast – a pillowy tranche of brioche topped with seasonal fruit, cream and a drizzle of syrup. It’s best eaten on the terrace, sunglasses on. If you happen to be in town on the third Sunday of the month, stop by the nearby Markthalle Neun for further indulgence at the Breakfast Market. The bustling historic market hall unites the city’s best street food under one roof, and has launched many a successful Berlin gastronomy business. Once satiated, head east towards Friedrichshain to take in the colossal architecture of Karl-Marx-Allee, the iconic boulevard constructed between 1952 and 1960 during the GDR regime. Of particular note are a smattering of imposing buildings between the intersections of Berolinastraße and Schillingstraße – the striking Kino International, Café Moskau and the Mokka-Milch-Eisbar all stand as monuments to the faded glory of Socialist architecture. 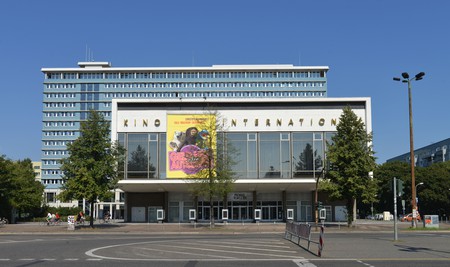 While shops are closed on Sundays, a host of flea markets pop up all around the city. Not far from Karl-Marx-Allee you’ll find the Flohmarkt am Boxhagener Platz, with its eclectic mix of trinkets, from GDR-era lamps to second-hand threads. It’s worth the rummage for treasure – and a bit of low-key haggling doesn’t hurt. Also worth a look are the bi-weekly ‘Nowkölln Flowmarkt’ on Maybachufer and the mid-century design-focused Arkonaplatz in Prenzlauer Berg. Way out west, from April to October, a market of a different nature takes over Preußenpark in Wilmersdorf. Thai Park, despite tussles with the local council, has grown into a sprawling festival offering an almost overwhelming plethora of spicy and sweet delights made from scratch. Amongst the highlights are the beef noodle soup, som tam (papaya salad) and, for dessert, saku sai moo (tapioca dumplings). After lunch, take your time to visit the Daniel Libeskind-designed Jewish Museum, with its excellent permanent and temporary exhibitions dedicated to Jewish culture and history, canvassing the most jubilant and the darkest moments alike. 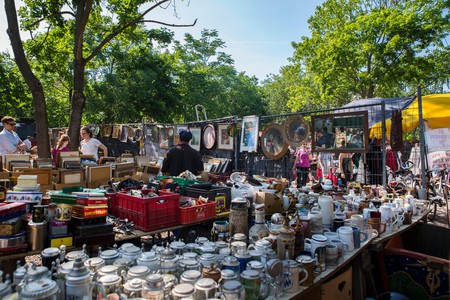 The weekend may be drawing to a close, but there’s still plenty to be experienced before you head home. For dinner, head to the outstanding Syrian restaurant Malakeh, run by a former Syrian TV chef who came to Berlin in 2015 via a stint in Jordan, and who has already cooked for Angela Merkel. The rich, fragrant dishes she creates here are best shared – like the entrée trio of pomegranate seed-topped hummus, baba ganoush and mutabbal, and the fattet makdous (fried baby eggplants and ghee-fried flatbread in a rich tomato sauce, topped with yoghurt). 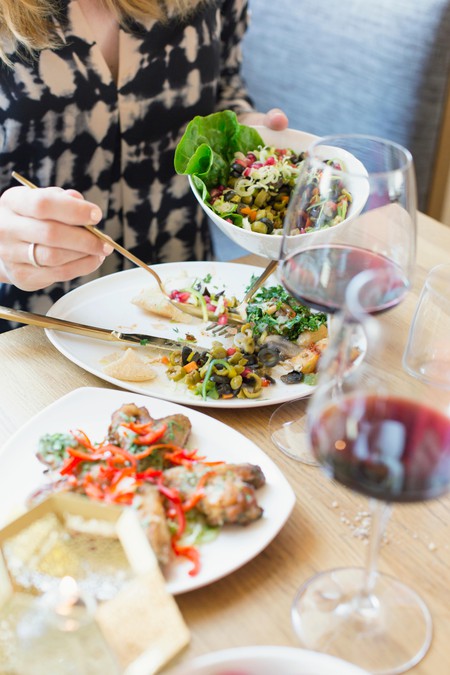 After dinner, head to the chic Victoria Bar, which on Sundays offers “happy hour” cocktails all night long. This popular Potsdamer Straße establishment, where waiters still wear waistcoats and the service is impeccable, is a favourite of the art crowd. With your suitcase packed and boarding card downloaded, round off your trip with an evening spent unwinding in the cool surrounds of Liquidrom, a spa with (swimsuit-free) saunas and a domed salt water pool, which often plays relaxing music underwater. A two-hour pass is plenty – if you’re feeling lavish, treat yourself to a hot stone or aromatherapy massage, then unwind and let the satisfying feeling of a weekend well spent sink in. 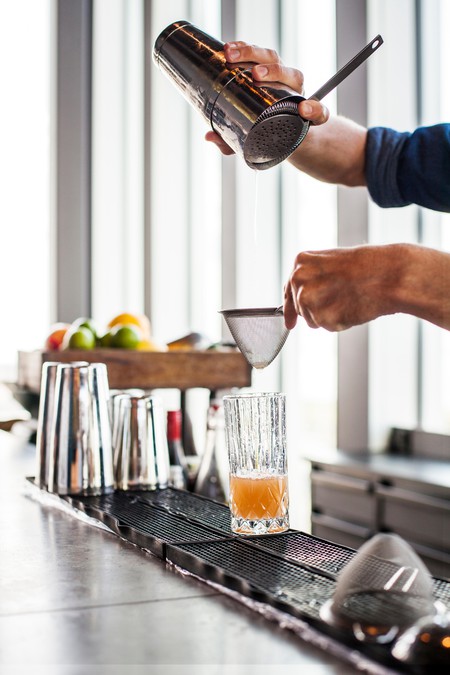 This article is an updated version of a story created by Amanda Flanaghan.