Why Hamburg’s Nightlife is Possibly the Best in Europe 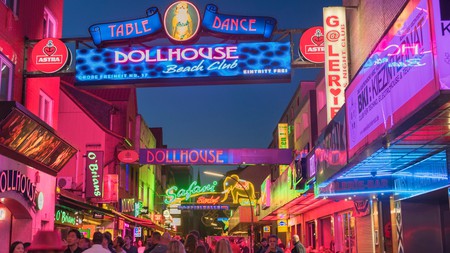 A recent report from Hostelworld deemed Hamburg nightlife the best in the world, ranking it higher than cities such as Amsterdam, Berlin and Barcelona. Under and above ground, in the skies and on water, the nightlife in this German city guarantees an evening you won’t forget.

You can find cheap student bars such as Ex-Sparr and sophisticated cocktail bars including Glanz & Gloria; lively Irish pubs like Molly Malone and Thomas Read; and legendary live-music venues such as Große Freiheit 36 and Docks. Electronic and house DJs reign at Halo, Moondoo, Villa Nova, Baalsaal and Prinzenbar, while rock and alternative music fans will feel at home at Molotow and Gruenspan, and Mojo is famous for jazz. Those seeking amazing views of the city’s skyline to accompany their beverage of choice will love Heaven’s Nest and 20up. 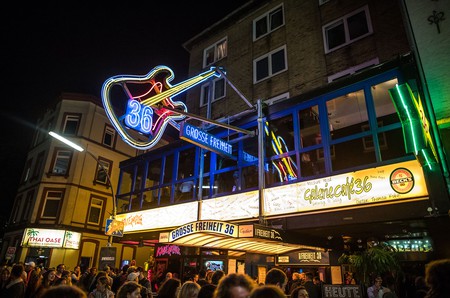 Just a short walk from the Reeperbahn, an entirely different atmosphere awaits at the Sternschanze. The district’s alternative vibe is best represented by the Rote Flora musical theatre, which has been home to squatters since 1989. When the weather is fine and the bars are full, the party spills out into the streets. Just a few streets away, the multicultural Karoviertel is known for its trendy cafes and cocktail bars.

Between the two districts, you seek out can the sophisticated Goldfischglas, the funky Le Fonque or the laid-back Yoko Mono. Dance the night away at offbeat party locations such as the Kulturhaus 73, the Grüner Jäger and the Uebel & Gefährlich, located in a former World War II bunker. Under the Sternbrücke bridge you’ll find some of the city’s best underground clubs, including the Fundbureau, the Astra Stube and the Waagenbau. 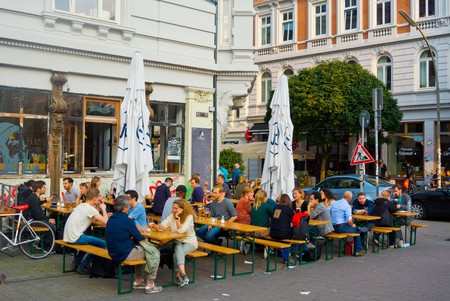 The coolest clubs and bars

Some of Hamburg’s most exciting nightlife locations can be found off the beaten track. Near the main shopping streets, Le Lion Bar de Paris is a sophisticated location offering some of the best cocktails in the country. A unique atmosphere awaits at Fabrik, a renovated factory building of red brick and steel that is one of the city’s most popular concert locations. And the current top location for young partygoers is the Moloch, in the modern HafenCity district.

Even the River Elbe is a nightlife location in its own right, with numerous ships acting as bars and clubs. A particularly special experience can be had on the Frau Hedi tours, with great DJs playing diverse music sets. The Feuerschiff – a former lightship – is one of the city’s best live-music locations, while the Cold War ship Stubnitz is a floating music club. Special events are planned for the harbour’s grand anniversary celebration every May, which is well worth a visit. 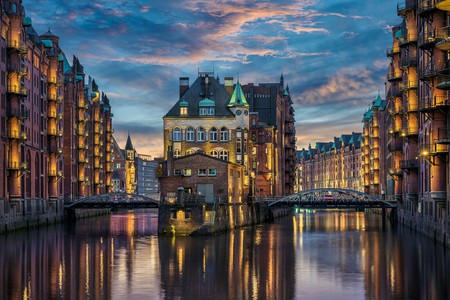 Hamburg is also a top European destination for music festivals. The season is kicked off every spring by the Stadtpark Open-Air concert, where local and international stars perform under the open skies in one Hamburg’s biggest parks. The Elbjazz Festival in June hosts over 50 musicians from all genres of jazz, and in July the wild and colourful Schlagermove parade takes over the harbour area. In August, the Elbe floodplains of the Wilhelmsburg district are filled with rap, hip-hop and electronic music during the SPEKTRUM festival and alternative, electronic and rock music during the MS Dockville event. The festival summer is concluded in September by the legendary Reeperbahn Festival, the biggest club festival in the country. 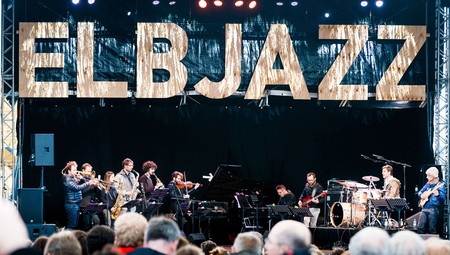 Hamburg is also a top European destination for exciting music festivals, such as Elbjazz Festival | © Markus Scholz / Epa / REX / Shutterstock
Give us feedback