The Top 10 Techno Clubs In Germany

© Marcheur1976/Wiki Commons
Germany has certainly done its part in developing the genre of techno music, particularly as a countercultural response in protests to the country’s division during the 1980s. Throughout the ’90s and into the 21st century, the culture has only continued to flourish, largely thanks to Germany’s many techno clubs. Here are the top ten to visit.
Berghain
Music Venue 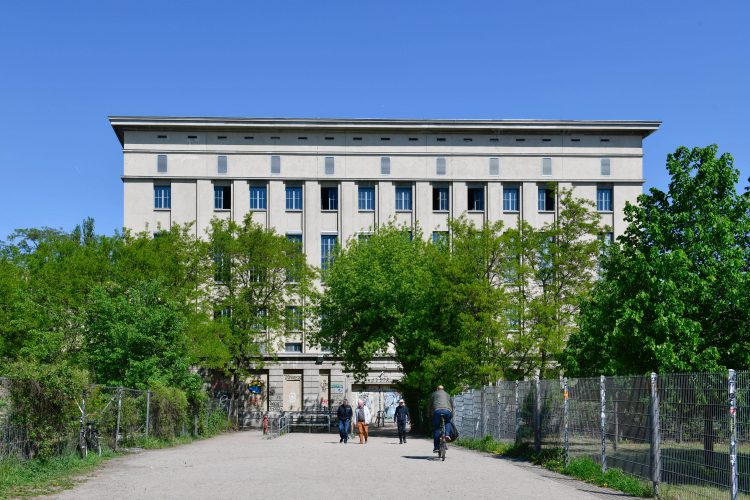 Without a doubt, Berlin’s most famous techno club, Berghain stands at the foundation of the city’s reputation as the nightlife capital of the world. What is technically a gay or fetish club welcomes every one…as long as they are able to make it past the Berghain’s very own Charon, Sven, who guards the door in adherence to a very strict and enigmatic entrance policy. Once inside, however, this cavernous power plant turned night club in Friedrichshain offers something of a hedonistic free-for-all set to the sound of a variety of different techno styles strung in sets spun by renowned DJs from around the world.

Once the ‘Berghain’ of the city’s earlier underground days, particularly during the early ’90s, Tresor is still one of the most famous clubs in Berlin. In 2007, it was relocated from the vaults of the East Berlin department store, Wertheim, to the Kraftwerk complex in Mitte, where events like the experimental Berlin Atonal now take place each August. Tresor is known for its phenomenal acoustics and its labyrinthine network of tunnels and secret rooms. Owner, Dimitri Hegemann, has also proposed the idea for an interactive techno museum as part of the club, and the project is scheduled to commence in the near future.

my karma was to be born in America where nobody has any fun or believes in anything, especially freedom – kerouac

One of Berlin’s hippest up-and-coming clubs is Chalet. Situated along the Spree, the club is housed in this 19th-century building whose interior lounge areas are decorated in antiquated style, adding a sense of aesthetic beauty to what is Berlin’s typically dark, edgy, minimal techno club scene. Plus, there is a leafy terrace complete with a pond whose trees are illuminated with hanging lanterns. Of course, there are dance floors where guests can groove to techno music situated within the club as well, offering the perfect balance of relaxation and energetic party time. Chalet is certainly a magical departure from the grungier underground majority of techno clubs. 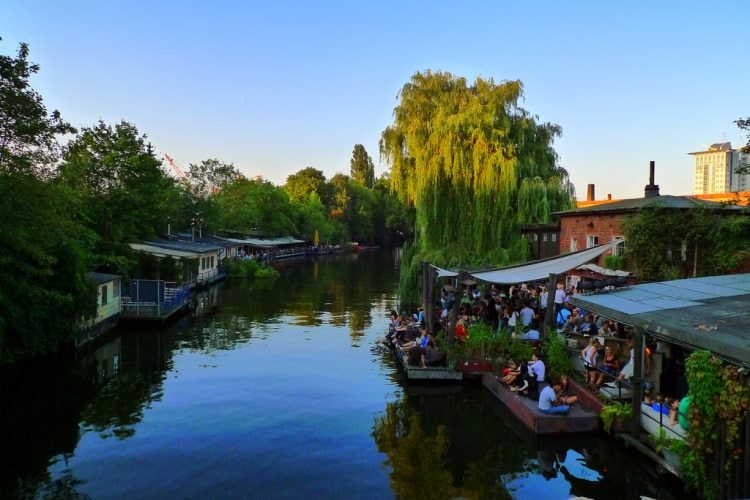 At least a visit or two to Club der Visionaere is a quintessential part of any summer in Berlin. This club, located near Görlitzer Park and a short bike ride from most of the city’s other major nightlife destinations, is perched right on the water, beneath massive weeping willow trees set aglow in Technicolor lights. People typically come here as a preface to a night of club-hopping as it is lovely in the earlier evening for a drink and a bit of preliminary dancing. On the contrary, CDV is also popular for the techno parties it hosts on Sunday afternoons. 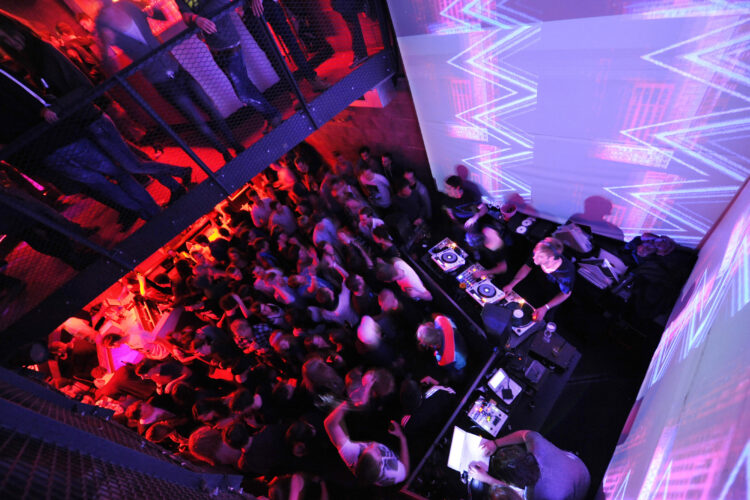 Munich, one of Germany’s wealthier cities, also has a bit of nightlife worth noting. The nightclub Harry Klein in particular is renowned for its techno performances, which are complete with astounding light and visual effects. Named for the British saxophonist who occasionally recorded with the Beatles, don’t expect to find much jazz at this club. No doubt, this is the best place in Munich to catch some of the most famous DJs because Harry Klein it is regarded as the city’s premier venue for techno and electronic music.

Moving to Stuttgart, Germany’s auto manufacturing capital, Lehmann Club is named for Herr Lehmann, the eccentric protagonist in a novel by famous German writer, Sven Regener. It is also known as the descendent of the famous Club Prag, and guests can still feel the vibes of this famous former venue. Despite its quirky associations – or perhaps because of them– this is the spot that stands out from the crowd in Stuttgart. Lehmann Club hosts a variety of acclaimed DJs, the likes of which include Jeff Mills and Ben Klock, along with popular guest events like Abstract Nights. Lehmann Club has an extensive repertoire of artists who play regular shows each weekend, with residents including the likes of Alan Fitzpatrick and Simo Lorenz.

In the up-and-coming cultural city of Leipzig, there are a few different techno clubs of which it is worth taking note. The oldest and largest club in the city, Distillery, is the one that is most often set on par with the likes of Berlin’s techno venues. The city is, after all only about an hour away by train. Distillery is located on the bustling Kurt-Eisner Strasse just south of the city center, set far back behind shambles of wooden fencing. It could be tremendously easy to miss the club altogether. Entrance requires guests to knock on the door, upon which the bouncer opens up and grants entry. Be sure to explore the cellar dance floor, as the music is typically most committed to its techno roots.

Located in Plagwitz, Leipzig’s industrial district, Elipamanoke is an electronic club with an excellent sound system and interesting décor that ranges from minimalist to ramshackle. Both acts and audience tend to linger more on the side of the avant-garde, with experimental beats occupying the soundscape of the interior. The venue is meant to enhance the cultural richness of the city, so various artistic exhibitions, performances, and installations also take place here. Thus, an evening at Elipamanoke is can be as intellectually beneficial as it is unique.

Elektroküche, which translates in English to electric kitchen, is Cologne’s best techno club. Initially the progeny of Sensor, Elektroküche has been the most prominent club in this city for more than ten years. Located in a former vinegar factory, this club is most widely known for its harder techno styles, so be warned it is a bit niche. Yet, for those looking to enjoy the genre in Köln, it’s worth the exploration. Plus, a variety of concerts, festivals, fairs, and other special events take place in this building complex at the heart of the city.

In the summertime, Sisyphos is a favorite spot among the locals of Berlin. This is largely due to the fact that it is a techno club with a multitude of amazing different attractions. There are, for instance, food stands, a pond, along with plenty of space to dance and hang out outside. Many may not realize it, but Sisyphos also has an in-house masseuse and fully functional sauna as well. Really, you could go here and happily stay for days on end without wanting for much. Not to mention, each year the owners seem to add new details to this place, keeping guests on their toes from season to season. Be warned, however, Sisyphos only keeps regular hours during the summer months.