The Most Delicious Dishes You Must Try in Saxony 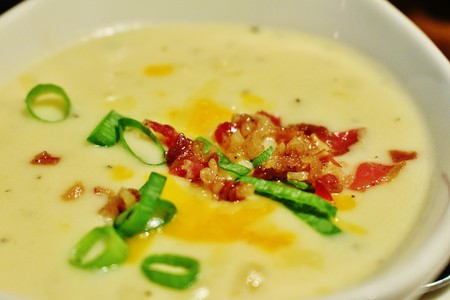 Like all other regions of Germany, Saxony has its own special cuisine, and many of its cities are known for their unique signature dishes. In general, the cuisine style of Saxony is meaty and hearty, and they certainly don’t like messing around with portion size!

From a hearty sausage preparation or a delicious ensemble of various kinds of meat, a mild but delicious soup or a melt-in-your-mouth roast, or if you’re feeling particularly adventurous and game for meat cooked in beer – Saxony will certainly not disappoint you.

Sächsischer Sauerbraten (Saxon sour roast meat) is similar to pot roast, and most commonly made of beef, though other kinds of meat are also used. The process of cooking Sauerbraten is long and time-consuming, as the meat needs to be marinated with wine, herbs, salt and seasonings for several days before cooking. However, the resultant melt-in-your-mouth tender, juicy meat is sure worth the wait! In Saxony, this hearty dish is usually served with a side of red cabbage or potato dumplings. 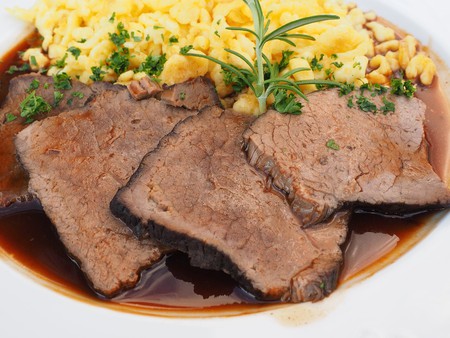 Sächsische Flecke is a hearty soup that has tripe (cow stomach) as its main ingredient. The meat is traditionally sliced, braided, fried and cooked in a broth, with onions, bay leaves, parsley, vinegar, celery and salt thrown in. In some versions, marjoram and mustard are added for taste. Other than being delicious, it is also known to be a super effective hangover remedy. 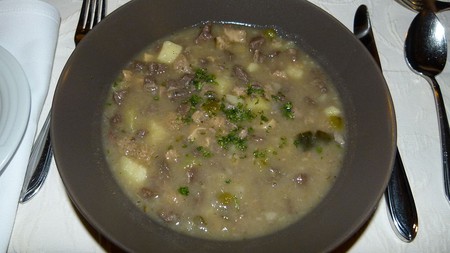 Germany’s obsession with sausage is no secret, and every region of the country has its own signature sausage-based dish. The Saxons are particularly fond of Leberwurst, though this dish has devoted fans all across Europe. These sausages are made from pigs’ or calves’ livers, and cooked in a concoction of onions, bacon, thyme, and a variety of other spices. In Saxony, the dish is traditionally served with a side of sauerkraut, mustard and mashed potatoes. 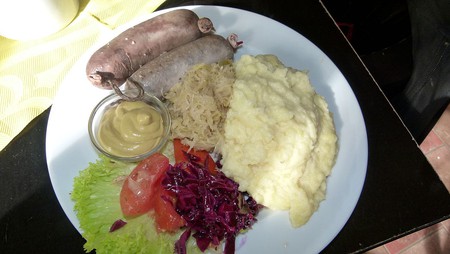 Germany’s love for sausages is exceeded only by its passion for beer. Not satisfied with merely sipping beer from a glass, perhaps many centuries back, somebody in the Saxon city of Radeberg decided to cook with it – the result is the astoundingly unique dish called Radeberger Biergulasch (beer goulash from Radeberg), which was once the favorite of German royals. This dish is prepared by rolling cubes of meat in flour, and sauteing them along with onions and garlic, with added salt and pepper. The mix is then simmered in broth and lots of beer. For this preparation, Radeberger Pils – the signature brew of Radeberg – is traditionally used. 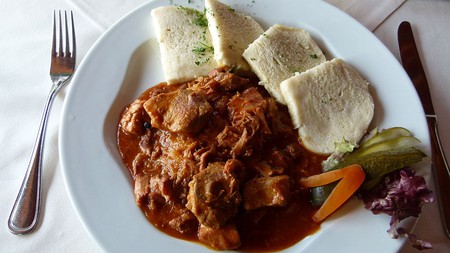 As the name suggests, Leipziger Allerlei is a specialty of the Saxon city of Leipzig. The traditional recipe involves a long, arduous preparation process, which is why many restaurants around Leipzig and Saxony today offers an easier (but still delightfully tasty) version of the Allerlei. Allerlei is a light dish consisting of a variety of vegetables like carrots, kohlrabi, peas, morels, cauliflower, asparagus, etc. and a generous helping of crayfish or large shrimps, doused in a creamy sauce of butter, flour, milk, eggs and bread crumbs, and seasoned with salt and pepper.

If you love meat, Dresdner Wiegebraten is the best thing you can do for your taste buds. This dish consists of not one, not two, but three kinds of meat! Minced beef, veal and pork are whisked in eggs and breadcrumbs, added with anchovy, seasonings, and bacon, doused in butter and roasted. You simply can’t leave Dresden before trying this dish. 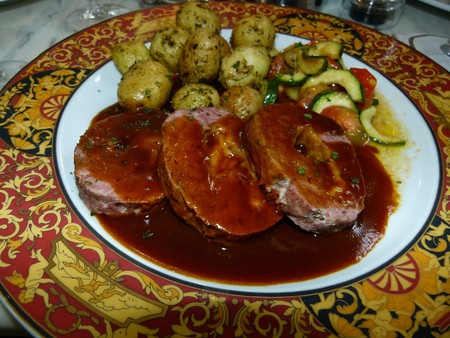