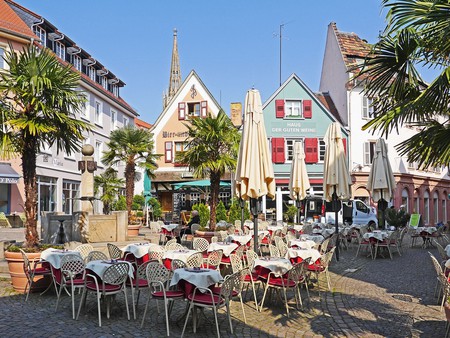 The list of Heidelberg’s attractions is long, but if you find yourself with an extra day or two to spend rest assured that the surrounding region offers a wealth of things to do. Whether you explore some of the oldest German cities, marvel at Ludwigsburg’s Baroque masterpieces or explore the natural wonders of the Neckar Valley, our list of the best day trips to take from Heidelberg covers it all.

Ludwigsburg may not make the top five destinations of the Palatinate region, but it’s well worth spending a day in this charming city. The imposing Baroque Ludwigsburg Palace alone makes it worth the trip. Visitors can roam the royal chambers and marvel at the lavish décor and furnishings, take a stroll through the vast parks and gardens, explore a gallery, a ceramics museum, the royal theatre and the palace chapel. A visit to the sprawling palace will take up most of the day, but it’s worth spending some time in the old town and stopping by the Favorite Palace, Evangelical city church and Monrepos as well. 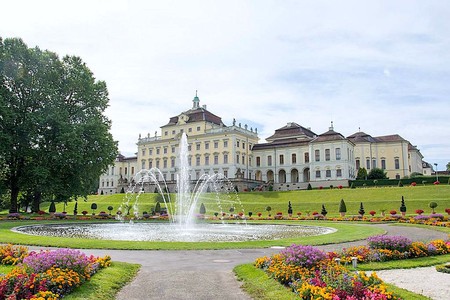 The city of Worms lies an hour north of Heidelberg. Claiming the title of being Germany’s oldest city, Worms boasts a few noteworthy historical sights, including the smallest of the three Rhenish Imperial Cathedrals. The other thing Worms is known for is its association with the Song of the Nibelungs, a 13th-century epic saga revolving around a dragon-slayer, his love interest, love, jealousy, vengefulness, and bravery. A museum in town is dedicated to the story and Worms is one of the showplaces.

Heidelberg is surrounded by vineyards that produce fantastic wines. If you venture about an hour west, you can spend a day exploring a section of Germany’s popular Wine Route. The touristic 85-kilometre-long path connects two Palatinate villages with one another and all the vineyards, vantage points and historical sights along the way. Neustadt an der Weinstraße is an idyllic town with cobbled roads, half-timbered houses and dozens of quaint wine taverns where you can try some of the region’s best wines. In September, the town of Bad Dürkheim puts on the world’s largest wine festival and celebrates the excellent drink with tastings, fireworks, music and food.

If you’ve got an extra day to spend in Heidelberg but don’t necessarily want to venture to yet another city, you can jump aboard a Weisse Flotte vessel for a half-day Neckar cruise. The operator serves different itineraries, but the castle route is undoubtedly the most magical with Neckarsteinach being the destination of the trip. The historic town is known for no less than four medieval castles, which were built between 1180 and 1260 and overlook the tree-covered hills of the Neckar valley. If you’re keen to learn more about the individual castles, it might be worth booking yourself on a guided tour.

Mainz is an hour north from Heidelberg by either train or car and lures with 2,000 years worth of history to discover. Known as the birthplace of Johannes Gutenberg, the inventor of the movable type printing press whose work is honoured in a city-centre museum, for the imposing Imperial Cathedral and fantastic food and wine, Mainz is overloaded with things to see and do. The mystical St. Stephan’s Church and St. Augustine’s, which is much more pompous, should also go on your sightseeing itinerary – a day in town will pass in no time. 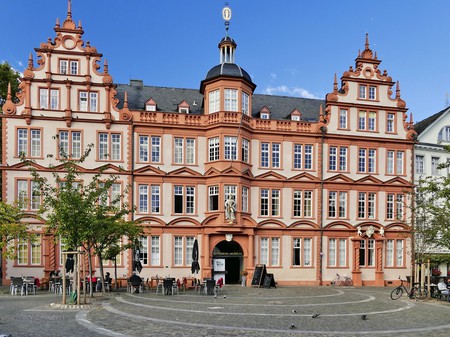 Outdoorsy travellers are in for a treat. The 127-kilometre-long Neckarsteig hiking trail follows the Neckar River from Heidelberg to the picturesque town of Bad Wimpfen and passes 15 castles, fortresses and ruins, a medieval village, palaces and natural landmarks along the way. The trail is split into nine sections, which are also interconnected via public transport, so you can pick and choose whichever part interests you most and venture out on a day hike before taking a train back to Heidelberg. 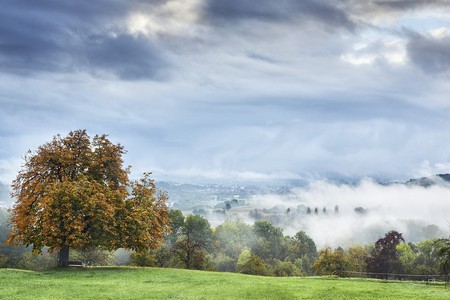 You can get to Speyer within 25 minutes by either car or train and a full day gives you enough time to explore the historical sights the city as to offer. The uncontested highlight of each trip is the Imperial Cathedral, which is the world’s largest preserved Roman church and wows not only with the architectural details on the outside, but thick walls also protect a number of intricate ecclesial treasures inside. The Memorial Church and Trinity Church are also worth peeking inside, as is the Technik Museum, which displays a dazzling collection technology fans will appreciate – jumbo jets, submarines, vintage cars and so on.