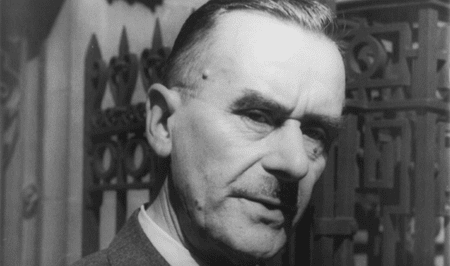 A renowned, prize-winning author, Thomas Mann remains a leading figure in the German canon. Since the age of 25 he was engaged with politics and philosophy, informed indelibly by his working-class lifestyle in late 19th century Munich. The following list of books are just a glimpse of the greatness of his mind, and the timeless wisdom of life and death that Mann brought to the page. 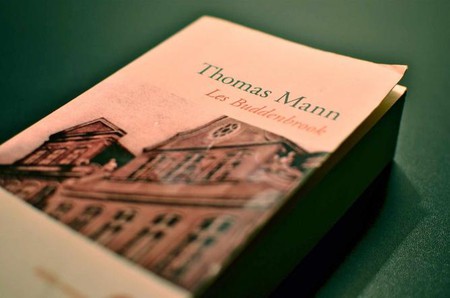 The first novel published by young Thomas Mann, Buddenbrooks moves to immortalise 19th century family values, whilst also considering themes like destiny, self-interest, the naturalness of self-sacrifice and the decaying ideals of the bourgeois German family unit. Influenced by the writings of Schopenhauer and Nietzsche and the course of Mann’s own mercantile environs, the novel deals with the complexity of contemporary identity struggles, plagued on the one hand by class expectations and on the other by the futility of trying to exact social change. He structures his novel in a fatalist manner, gradually revealing the collapse of both body and soul over four generations of the same family, each doomed and united by the ingrained urge to perpetuate the patriarchal status of their name. He manages to paint a fresco of aspirations from both old and young generations in contemporary German society, and delves deep into the psyche to analyze the psychology of destructive impulses, giving shape and feeling to a social hierarchy shattered by its own internal weaknesses.

Thomas Mann’s magnum opus is a novel that portends the destruction of European civilization (a destruction that really had ravaged the land just a decade prior to publication in 1924) through the dark, pathological eye-glass of a Swiss sanatorium. The novel’s protagonist, Hans Castorp, takes on the classic role of a Bildungsroman character, being shaped and educated by his personal experiences of pre-war Europe and the macabre backdrop of the sanatorium in Davos. Right throughout, Mann’s pages act as a platform for deep philosophical discussions and intellectual challenges, and the narrative meditates well on the nature of time and society. 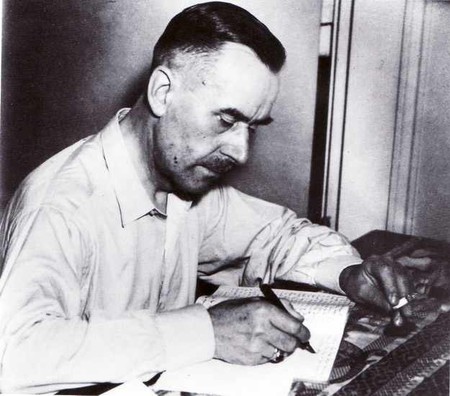 Death in Venice is a compelling novel that encompasses the themes of hubris, humanity, desire and longing, not to mention the – already archetypal –ideas of death and decay common to Mann. There’s also an undercurrent of homo-eroticism to the text, which becomes a vehicle for comment on age, sexuality and societal ordinances. Gustav von Aschenbach, the protagonist of the story, decides to travel to the flooded city of Venice in search of grieving time for his recent deceased spouse. Arriving at the hotel, he is completely astonished by the presence of a young adolescent, who is also visiting with his family. Of Polish descent, this Tadzio soon shatters Aschenbach’s senses; which apotheosize him to the point of artistic beauty. This desire quickly manifests in a consuming platonic passion in the ilk of the Symposium; never materializing into a real expression of feelings but brooding forever, deep in the fabric of the soul. 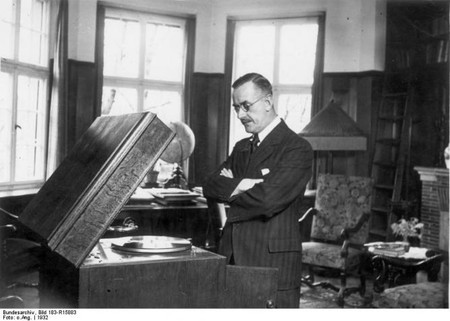 Employing a biblical structure, Joseph and His Brothers is an amalgamation of pagan and monotheist myths regarding the creation of man and his societal rules. The novel is a continuous work spread across 16 voluminous years of Mann’s writing life; a time when the author was concerned with examining western society, its paradigms, roots, and the prophesied doom of the Judeo religions. Despite witnessing tragic international events during this time, such as the rise of the Nazis (whom Mann was in staunch opposition to), the outbreak of WWII, and the exile of Mann to Switzerland, he follows a commitment throughout to explore and uphold the ideals and aspirations of all mankind. 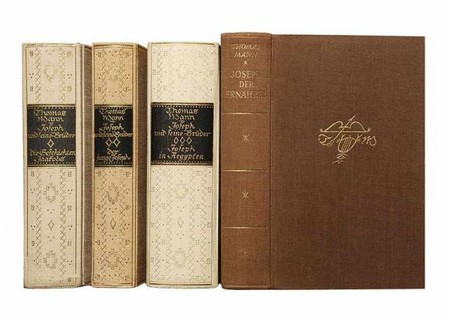 Adrian Leverkühn is an extraordinary musical composer who has dedicated his whole life to the pursuit of brilliant achievement in his field. His genius rises to a whole new level after he – as a cog in the greater German cultural machine – concludes a Mephistophelian pact with the Devil. With overtures of Marlow and Goethe abounding, Mann creates a profound correlation between the imagery of the German creative genius and Germany’s contemporary political state, both poisoned by their proximity to the demonic and the anathema. There’s also a great allegory created between the Nazi period of Germany and Leverkühn’s neuro-syphilitic dementia, which brings the reader to contemplate the manifestations of evil in both individual and collective circumstances.