The Most Beautiful National Parks in Germany 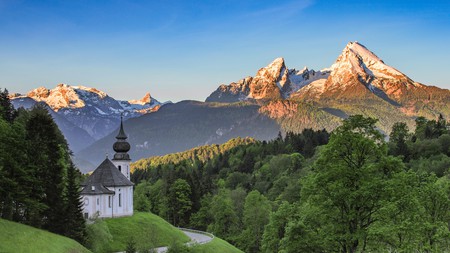 Remember the million-selling mid-Sixties tune “A Walk in the Black Forest”? As the hit composed by German easy-listening maestro Horst Janowski suggests, Germans adore the great outdoors and, unsurprisingly, the country’s 16 federal states are peppered liberally with national parks – some mountainous, some coastal, all heavenly – that preserve landscapes and wildlife for our enjoyment. Here they are, the most beautiful national parks in Germany. 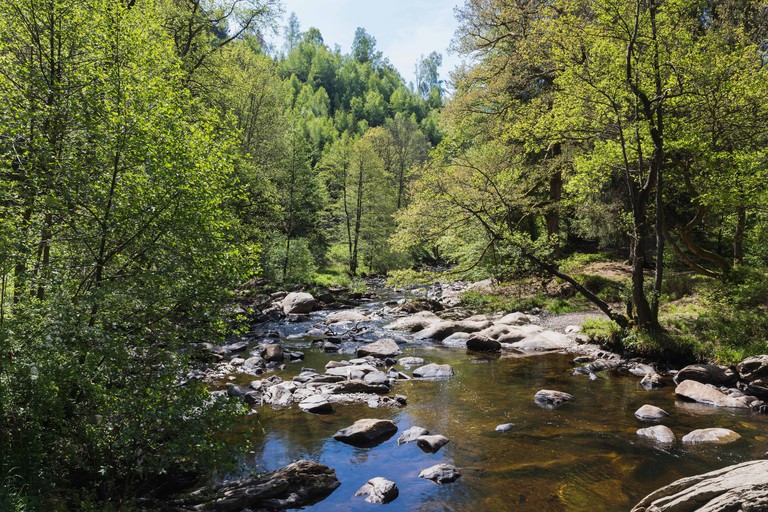 In the far west of Germany, bordering Belgium, is this 27,000-acre (11,000ha) sprawl of beech, ash and wild cherry trees, dark blue volcanic lakes and wildflower-speckled plateaus: it is one of few truly wild areas still remaining in Germany. In the south of the park, rare species of orchids bloom in forest clearings, while uncommon birds of prey such as eagle owls and kites can be seen circling in the thermals. Hidden among trees in some parts of the park, “sense benches” invite you to take a moment, stop, lie down and take in the sounds and smells of this extraordinary place.

In north-central Germany, Harz National Park is a virtually uninhabited, nearly 62,000-acre (25,000ha) carpet of forests, rivers and mountain peaks. In some areas, the woodland dates to over 250 years old, and is as intact an example of virgin European forest as you’ll find. Stalking these woods is a small, but stable population of lynx and European wildcat (which looks like a domestic cat, only slightly larger, with a bushy tail), roe and red deer. There are also small populations of capercaillie: gregarious, grouse-like birds that put on a raucous courtship display. 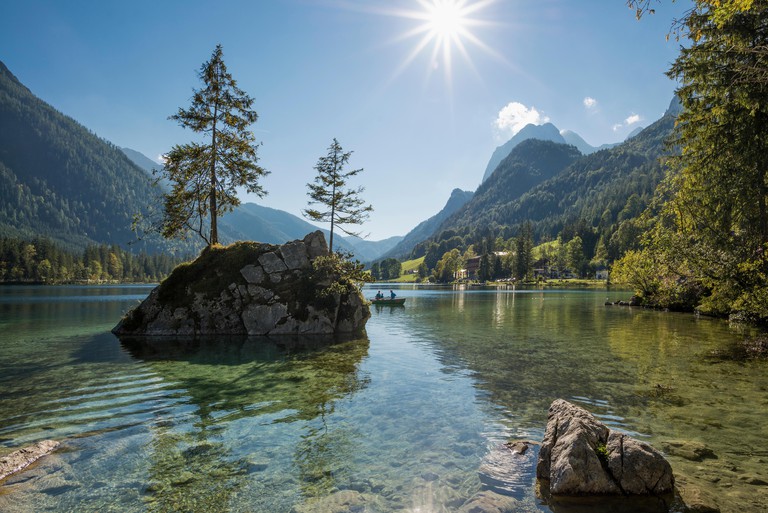 You won’t have seen the Alps like this before: a vast, 52,000-acre (21,000ha) swathe of rugged limestone peaks, towering over a gem-blue glacial lake. All that and not another soul in sight. Not unless, that is, you’re in the architectural glass box of the National Park Centre, or touring the park with one of the on-site rangers. Otherwise, you’ve got jaw-dropping, fairytale views of sparkling lakes, cloud-scraping peaks and a patchwork of Alpine pastures all to yourself. Watch out for golden eagles, horned ibex and many species of butterfly, which pollinate wild orchids.

Over in Germany’s far eastern corner, the Saxon Switzerland National Park extends over more than 89,000 acres (36,000ha) of the Elbe Sandstone Massif, bizarre eroded rock formations dating back to the Cretaceous Period. The landscape is unique, from sandstone cliffs to deeply carved valleys, table mountains and gorges. If you’re a rock climber you’ve got an obvious in – but there are other ways to absorb the scenery. You could wander to the Bastei rocks for stunning panoramic views across the Elbe, or hire a rowing boat or to admire the scenery from the river. 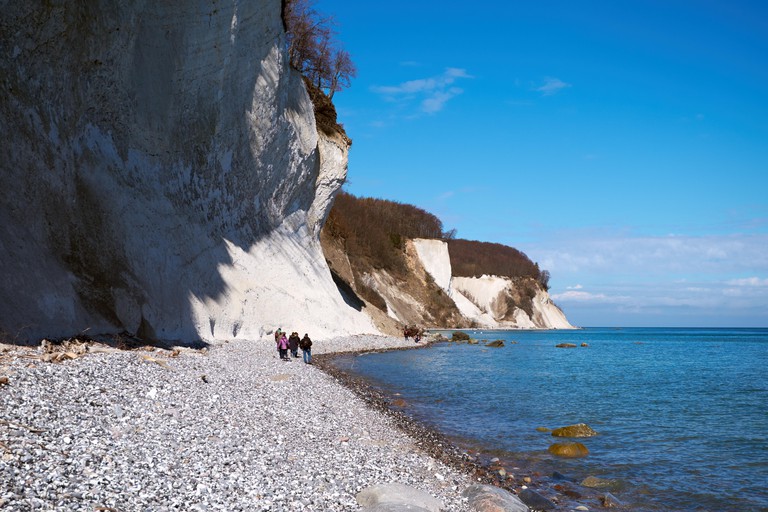 If you’ve admired the works of German artist Caspar David Friedrich, you might have glimpsed the beauty of Jasmund National Park. He painted the spectacular Königsstuhl chalk cliffs – perhaps the most dramatic feature of this wilderness in Mecklenburg-Western Pomerania, in the far north-east of Germany. How best to explore the beautiful woodland? Try a variety of walks and cycle routes. The park rangers also run regular tours based on characters from myth and legend. So, you can learn, as you stroll, all about the Germanic goddess Hertha and the pirate Klaus Störtebeker, who, according to the legend, buried his treasure hereabouts.

Church, Park
Facebook
Email
Twitter
Pinterest
Copy link
Share
Map View
Grab your binoculars – this part of the world is a resting and wintering ground for birds, and twitchers as well as other wildlife lovers roll up each year in droves. Understandably so – the sight of more than 13,000 cranes descending to their migration roosts is unforgettable. The Lower Oder Valley National Park is a special place – Germany’s first riverside meadow national park, it covers 60km (37mi) on the German and Polish banks of the Oder River. While here, see if you can squeeze in the historical tobacco barns near Friedrichsthal.
Open In Google Maps
Brandenburg, Germany
+49333226770
Visit Website
Give us feedback 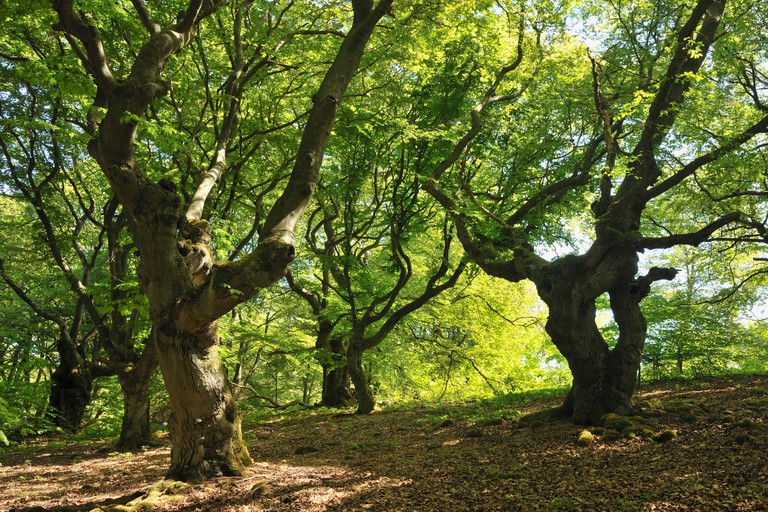 © Design Pics / Alamy Stock Photo
Right in the heart of Germany, on the southern shore of Lake Edersee, this very special national park is a hilly Eden covered in beeches, with idyllic valley glades and crystal-clear streams. Rock and boulder fields emerge as you explore, remnants of the Ice Age, edged by limes and oaks, some almost a thousand years old. There are orchid-filled meadows that help create a gorgeous canvas of unspoiled nature. Check online, as there’s a whole host of guided tours, walks and cycle routes.
Open In Google Maps
8 Laustraße, Bad Wildungen, Hessen, 34537, Germany
+49562190400
Visit Website
Give us feedback

Park
Facebook
Email
Twitter
Pinterest
Copy link
Share
Map View
Head north from Berlin and in a couple of hours you can be gazing at the clear, still waters of lovely Lake Müritz: along its eastern shoreline, Müritz National Park is a 660km (410mi) network of trails through an enchanting landscape of ancient beech and mysterious marshes, not to mention more than 130 lakes. Rare and endangered birds breed here, drawing nature lovers and ornithologists. There are many cycle trails, or you could sign up for a regular guided walk. This being a park of lakes, canoeing is hugely popular, following prescribed itineraries. If you have time, the old town of Waren is a beauty, at the northern end of the lake.
Open In Google Maps
12 Kargower Straße, Federow Kargow, Mecklenburg-Vorpommern, 17192, Germany
+493991668849
Visit Website
Give us feedback 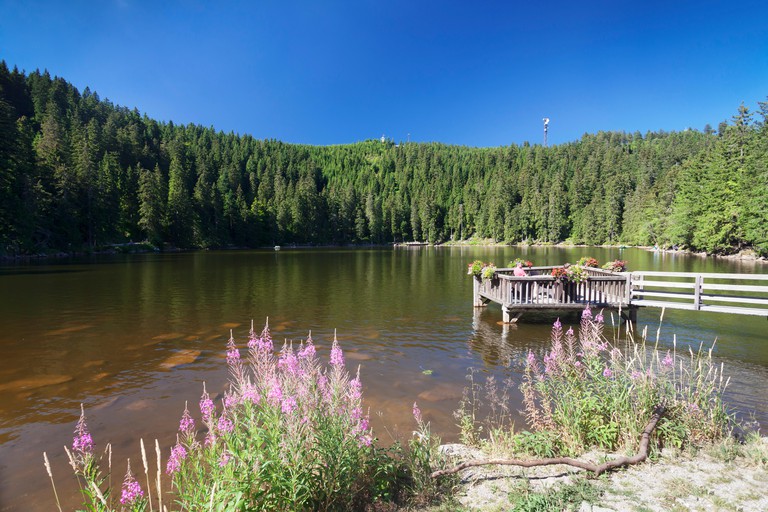 © imageBROKER / Alamy Stock Photo
It’s one of the most famous areas in the land, immortalised in art: a whole forested mountain range in south-western Germany. The national park was established as recently as 2014, much to the delight of the state of Baden-Württemberg. For wilderness-seekers, the assets are huge: take a hike among mountain forests and heathlands, old protected forests, moors and glacial-erosion cirques. You can hike, cycle and, when the snow lies thick, get stuck into winter sports. This is big country, where lynxes prowl and dramatic storms shake you to your core. Take a deep breath.
Open In Google Maps
2 Schwarzwaldhochstraße, Seebach, Baden-Württemberg, 72270, Germany
Visit Website
Give us feedback

Forest, Park
Facebook
Email
Twitter
Pinterest
Copy link
Share
Map View
Tucked down in the south-eastern corner of Germany is its first national park, founded in 1970 and extended (to 243sqkm/94sqmi) in 1997. Zip up your boots – there are 300km (185mi) or more of clearly marked footpaths, almost 200km (120mi) of trails for cyclists and 80km (50mi) of cross-country ski trails – the best way to explore this pristine wilderness on a bright white winter day. It’s all forest as far as the eye can see, with crystal-clear mountain streams leading to glacial Lake Rachelsee. Enquire about the intriguing themed trails – and get yourself to the wildlife enclosure near Neuschönau if you’ve had disappointingly few wildlife encounters: it holds the most common species in the park.
Open In Google Maps
Bavaria, Germany
+49855296000
Visit Website
Give us feedback 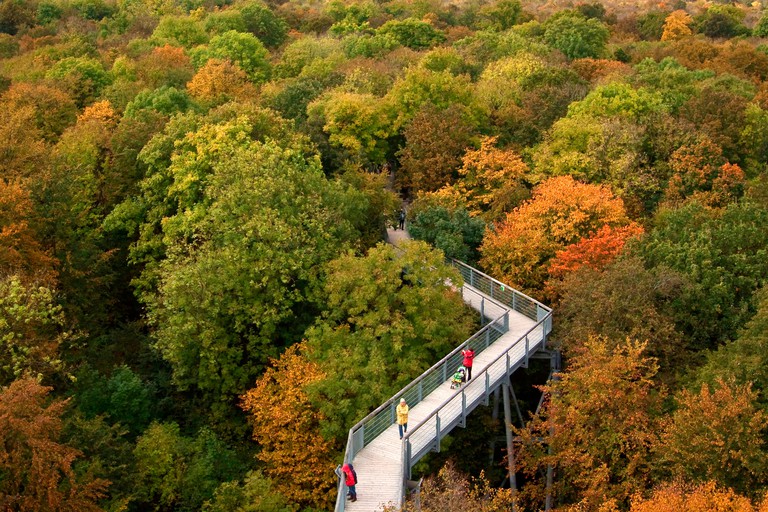 © blickwinkel / Alamy Stock Photo
You’d never believe it now, but this national park used to be a military exclusion zone in western Thuringia – midway between Leipzig and Frankfurt am Main. It is Europe’s largest unbroken area of mixed deciduous forest. As you tramp through the leaves, you might see wildcats, black storks and bats overhead. The Wildcat Children’s Forest is the business for younger visitors: a treetop trail takes you across the “roof” of the forest, 44m (144ft) up and several hundred long. Also within the park are Mühlhausen, with its medieval houses and walkable town walls, the Anrode convent (near Bickenriede) and the enchanting monastery village of Volkenroda.
Open In Google Maps
9 Bei der Marktkirche, Bad Langensalza, Thüringen, 99947, Germany
+49361573914000
Visit Website
Give us feedback

Museum, Park
Facebook
Email
Twitter
Pinterest
Copy link
Share
Map View
Cliffs and dunes, spits and lagoons… Germany’s wild and woolly Baltic coast is invigorating, lung-cleansing territory. If this sounds like your idea of a long weekend, make for the Western Pomerania Lagoon Area National Park, a wonderful landscape of desolate beaches and penumbrous woodland. To get deep into nature, familiarise yourself with the guided and independent walks through the park, which have some great view points: haul yourself up Hohe Düne and you’ll get the picture. Other names to remember include the lighthouse and Darsser Ort Natureum, the national park centre on Hiddensee and, if you’re creative, Ahrenshoop artists’ colony.
Open In Google Maps
5 Im Forst, Born am Darß, Mecklenburg-Vorpommern, 18375, Germany
+49382345020
Visit Website
Give us feedback 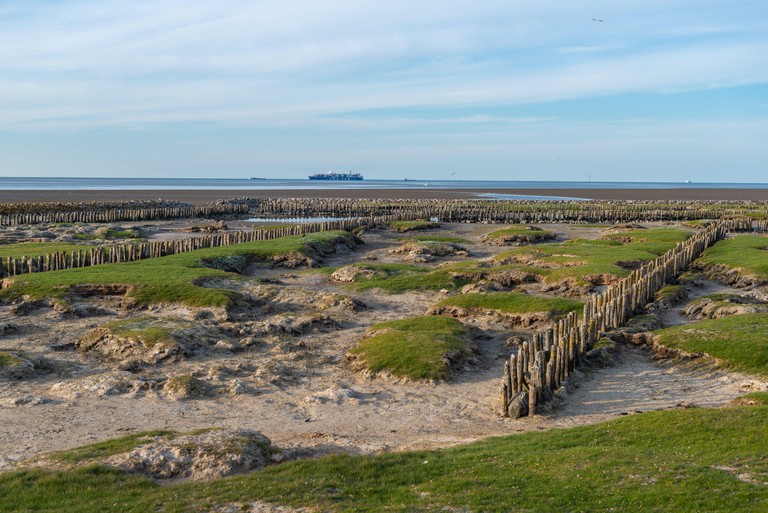 © Wolfgang Diederich / Alamy Stock Photo
Germany’s not automatically associated with the sea, but it has dramatic coastline on its northern flank, and this national park is the proof. It takes in around 30,000 acres (12,000ha) of coastal mudflats and a small group of islands in the North Sea: the green island of Neuwerk, the dune island of Scharhörn and the artificial bird island of Nigehörn (the last two closed to the public). Neuwerk has a small population of approximately 40 and interesting heritage including a fortified tower in the Elbe estuary, a relic from the days of the Hanseatic League, the great maritime trading confederation of the Middle Ages. You’ll enjoy the activities laid on – horse-drawn carriage rides through the mudflats, cruises from Cuxhaven to Neuwerk and bird-watching tours.
Open In Google Maps
Germany
Visit Website
Give us feedback