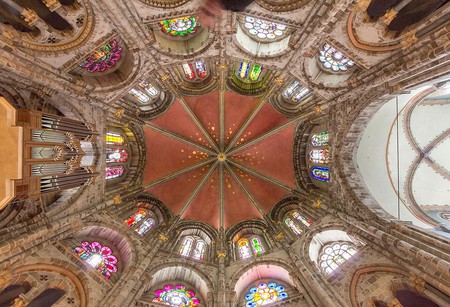 Look up when you're visiting St. Gereon | © Raimond Spekking / WikiCommons

One of the first things that comes to mind when thinking of Cologne is the majestic Gothic cathedral that towers over the old town. When it comes to religious architecture though, the city has far more to offer – within the borders of the medieval city wall lie twelve Romanesque churches, each them boasting distinctive features. Here’s our pick of the best. 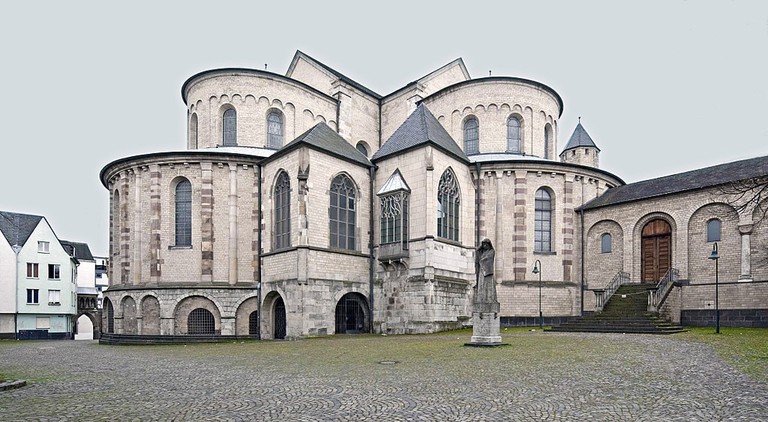 Cologne’s largest Romanesque church is situated near the Heumarkt market square and on the site of an ancient Roman Capitoline temple. Initiated by a Benedictine abbess and granddaughter of Emperor Otto II in the 11th century, St. Maria im Kapitol became the second most important church after Cologne Cathedral. Many of the authentic furnishings have survived to this day – among the most impressive features are the massive wooden doors with intricate carvings from 1065, the stained glass windows, and a plague crucifix from around 1300.

Open In Google Maps
6 Kasinostraße, Cologne, Germany
Give us feedback 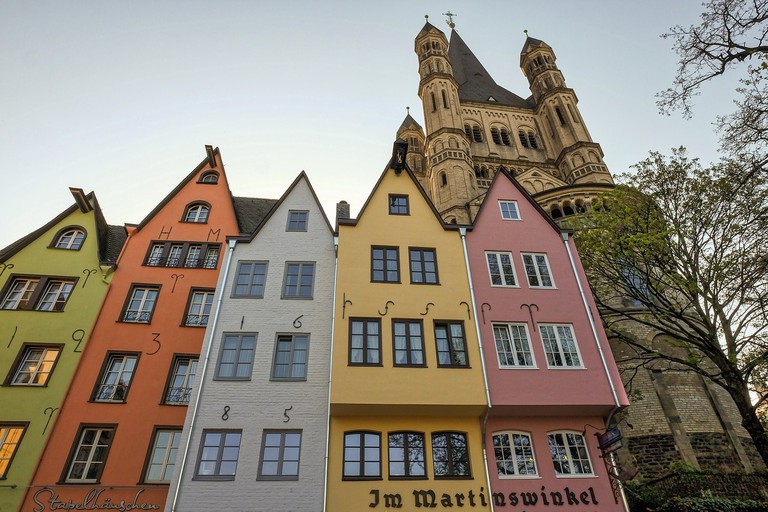 If you’re heading down to the riverfront at Cologne’s old town, Great St. Martin will catch your eye right away. Together with the pastel-coloured townhouses, the distinctive shape has graced Cologne’s skyline since its construction in the 10th century. After bomb raids heavily damaged the church during World War II, archaeologists seized the opportunity to examine the foundations and unearthed the remains of a Roman warehouse underneath the choir. The transition can still be seen today after the upper parts were meticulously reconstructed after the war ended. And while the imposing facade is awe-inspiring for visitors, the interior is kept minimalist, typical for a Benedictine church of the time.

Open In Google Maps
9-11 An Groß Sankt Martin, Cologne, Germany
Give us feedback 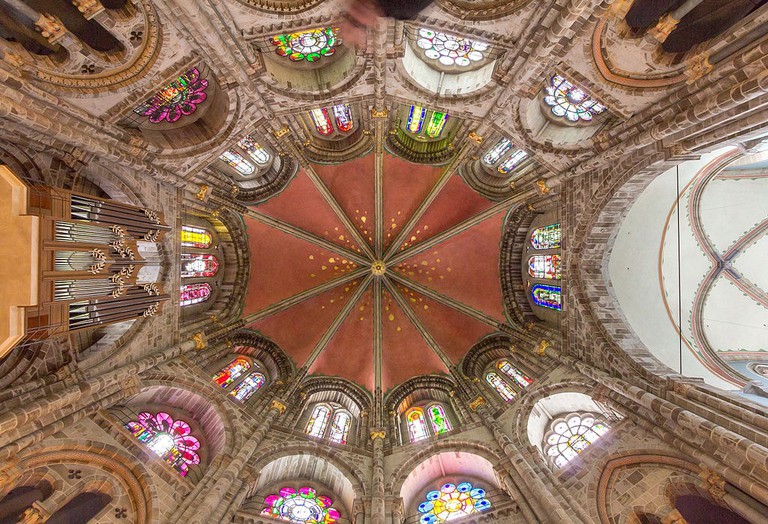 Legend has it that St. Gereon was a Roman officer who died as a martyr – a church was first built on his grave in 350 AD, laying the foundations for today’s structure. Over the following centuries, the church was enlarged and amended until it reached its enormous height, and, in a stroke of genius, was graced with a decagonal roof. If you’re wowed by the unique structure, wait until you see the moody light, medieval murals and gold ornaments inside. One of the prettiest views is to look straight up into the domed ceiling with light flooding through the colourful windows.

Open In Google Maps
2 Gereonshof, Cologne, Germany
Give us feedback 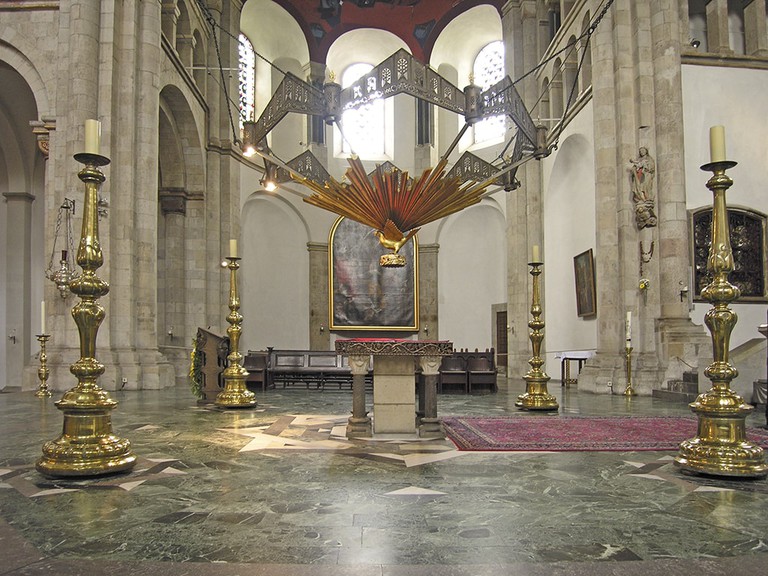 Only a stone’s throw from St. Maria im Kapitol, this building is another one of Cologne’s architectural gems that rises above the surrounding townhouses. The Basilica of the Holy Apostles is rooted in the 11th century and distinguishes itself through the trefoil plan which was retained even after elaborate reconstruction work of the 13th century. With the enlargements also came the octagonal dome, giving the church an almost Byzantine appearance. Unfortunately, the beautiful frescoes and mosaic that once decorated the interior were destroyed during World War II and not reconstructed afterwards. These days, the inside is kept mainly white, while the church’s largest treasure is 13th-century goblet and a Gothic monstrance from 1409.

Open In Google Maps
30 Neumarkt, Cologne, Germany
Give us feedback 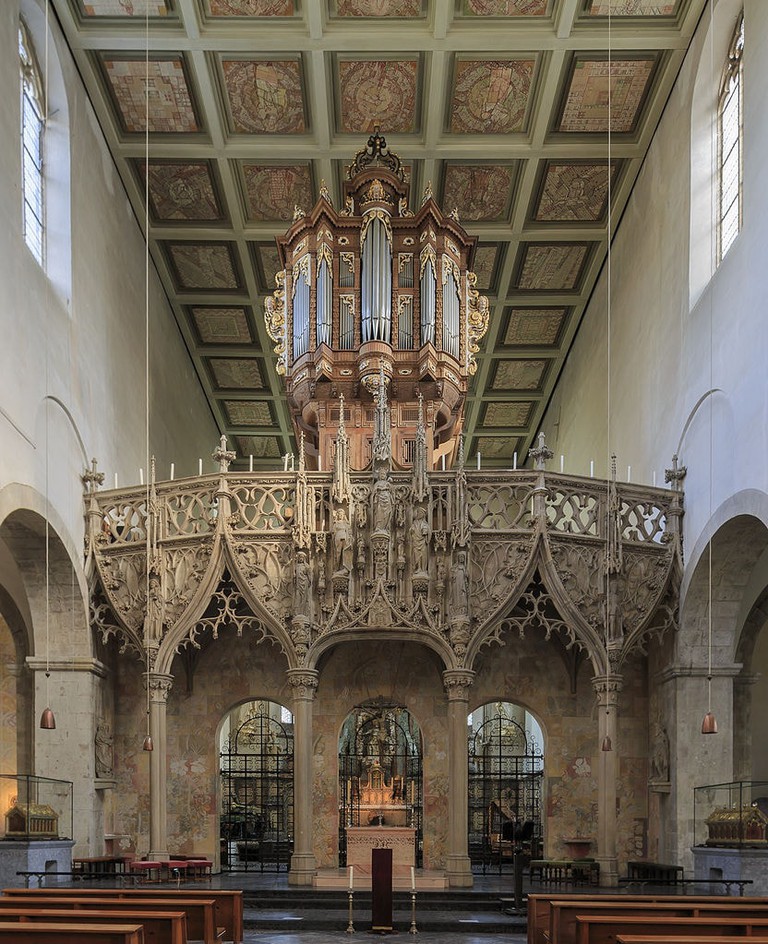 With roots in the 10th century, St. Pantaleon sits at a hilltop spot in the Altstadt-Süd quarter which was once occupied by a Roman villa. The remains of the ancient mansion are still visible in today’s crypt, but that’s not the only notable feature of this beautiful church. From all of Cologne’s twelve Romanesque churches, St. Pantaleon is not only the oldest, but is also the one which boasts the most elaborate decorations from before the war. The interior is dominated by the filigree early Baroque organ, and a shrine holds the remains of Saint Alban, Britain’s first martyr.

Open In Google Maps
10 Am Pantaleonsberg, Cologne, Germany
Give us feedback 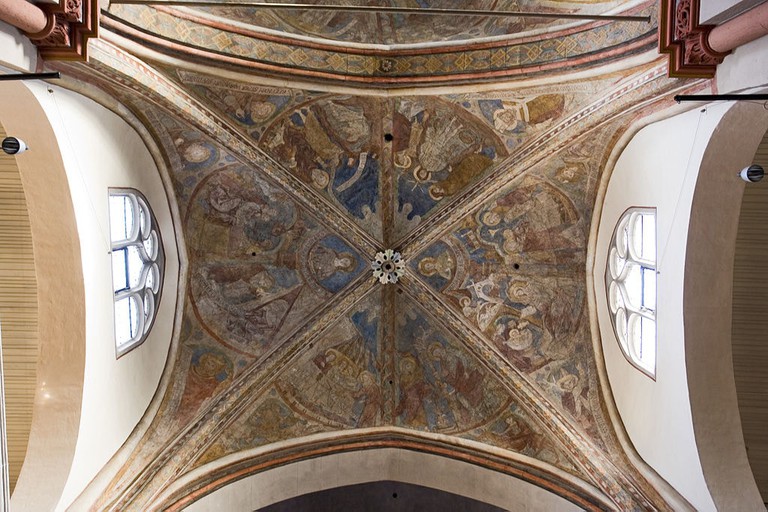 Tucked away in a street by the Rhine River waterfront and only a short stroll from the Cologne Chocolate Museum and the re-developed Rheinauhafen harbour, St. Maria Lyskirchen stands out with its pink-hued facade. The church dates from the early 13th century, and apart from a few Gothic additions and the rebuilding of some of the upper parts in the 19th century, has maintained its original look. It’s also the only Romanesque church which came out of World War II virtually undamaged, preserving the beautifully painted ceiling.

Open In Google Maps
10 An Lyskirchen, Cologne, Germany
Give us feedback 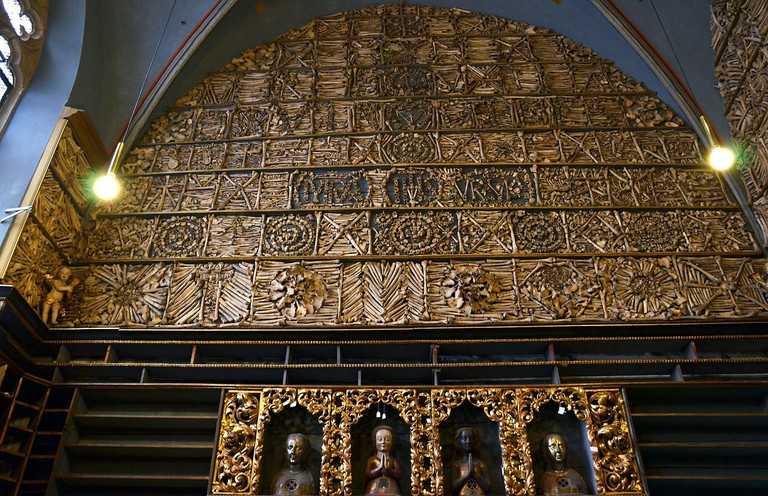 St. Ursula is one more church on our list which was built on Roman ruins, this time a cemetery. According to a saga, the 11,000 virgins of the legend of Saint Ursula were buried at the site. The somewhat morbid, yet impressive reliquary boasts four walls, all of which are entirely decorated with a mosaic of human bones, making it the largest one of its kind. Until the remains of the Three Wise Men were transferred to Cologne Cathedral in 1164, the relics were the most important pilgrimage site in Cologne.

Open In Google Maps
24 Ursulaplatz, Cologne, Germany
Give us feedback