What to know About Benrath, Dusseldorf's Most Famous Palace 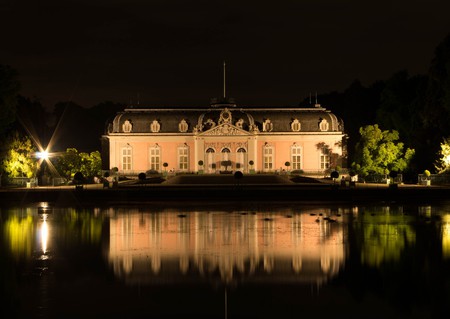 Benrath Palace is one of the major attractions of Dusseldorf. This elegant, ornate Baroque palace, with its extensive, immaculately maintained formal gardens, features in the itinerary of most visitors to Dusseldorf, and never disappoints. Benrath Palace, though smaller in size than many other European palaces of its time, is a remarkable example of late Baroque period (18th century) architecture. 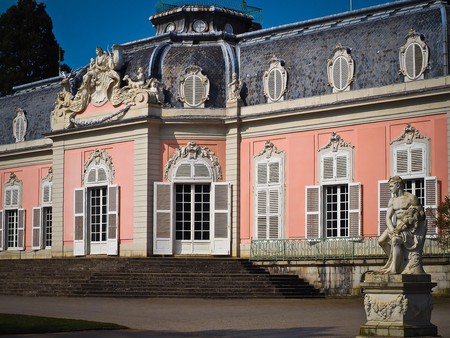 The construction of Benrath Palace began in 1756, and was completed only in 1770, the delay caused by interruptions from the Seven Years’ War of European succession. Palatine Prince-Elector Karl Theodor, the Wittelsbach dynasty ruler of Bavaria and the Rhineland Palatinate in the late 1700s, commissioned the design of this palace to French architect Nicolas de Pigage. The Prince-Elector envisioned this as a maison de plaisance (pleasure palace) for his wife, Princess Elizabeth Auguste. Perhaps this explains the feminine pink hues of the palace and the vast flower beds, fountains and ornate gardens. It is said that the Princess never visited the palace, as she loathed the Prince-Elector for his liaisons with other women and for fathering several illegitimate children. However, this part of the story is shrouded in debate, with many believing that the Princess did visit the Palace, but lived there only for a short time. The palace was thus occasionally used by Karl Theodor as a hunting lodge, but was left to the care of servants most other times. 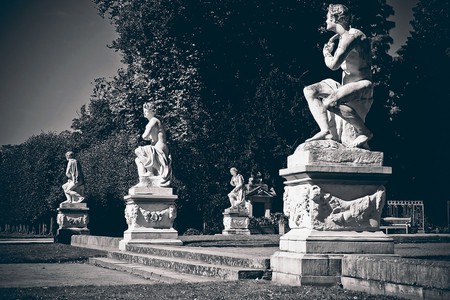 A few years after the Prince-Elector’s death in 1799, the palace was conquered by the French revolutionary groups. Over the next several years, the palace changed hands a number of times, with Duke Wilhelm in Bavaria and Joachim Murat each spending a few years here. It was also used as a residence by Napoleon, Grand Duke of Berg, for a number of years. The Treaty of Vienna signed in 1815 handed over the palace to the Prussians. Royal and imperial families resided in this palace till it became public property in 1911. The palace was damaged during the Second World War along with most other buildings in Dusseldorf, and was later restored. 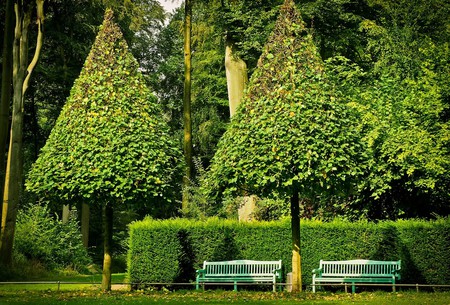 Today, Benrath Palace houses two museums open to the public, the Museum of European Garden Art in the east wing and the Museum of Natural History in the west wing. In these museums, visitors can enjoy an admirable collection of sculptures, artwork, paintings, and other artifacts from the 18th century. The halls of the palace are often rented out for weddings, concerts, recitals, and theme tours, and the palace grounds deck up for Christmas markets in November-December. Most sections of the palace gardens, sprawling over 61 hectares, have been declared to be natural reserves. The palace gardens were redesigned by landscape artist Maximilian Friedrich Weyhe in the 19th century, though some parts of the historic garden still remain. The garden, with its riot of flowers, rows of towering trees, ponds, manicured bushes, herb garden, and broad walkways is a lovely place in which to spend a few hours. 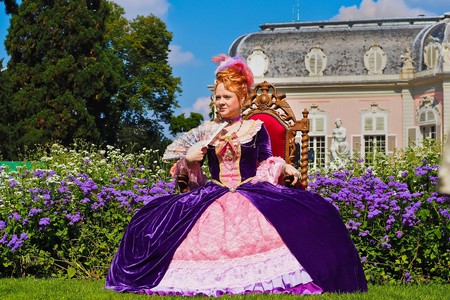 Baroque Fest at Benrath | © MichaelGaida/Pixabay
Give us feedback