7 Cool and Unusual Things to Do in Hamburg 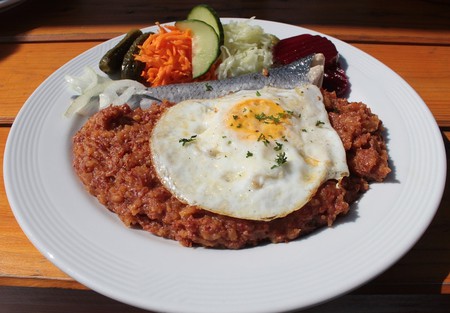 Beyond Hamburg’s vibrant harbour, array of museums and Miniatur Wunderland, there is a hidden Hamburg that is as equally fascinating. Once you have ticked the touristy spots off your list, why not delve deeper and discover secret nooks that few tourists – and even some locals – don’t know about? Here’s a list to get you started.

The original structure of the beautiful Gothic St. Nicholas Church was heavily destroyed by bombings during World War II. Unlike many other landmarks in the country, the church was never reconstructed, but left standing as a reminder of the brutality of war. For a few euros, you can take an elevator to the observation deck at a height of 76 metres (250 feet) and enjoy a panoramic view of the city and harbour. 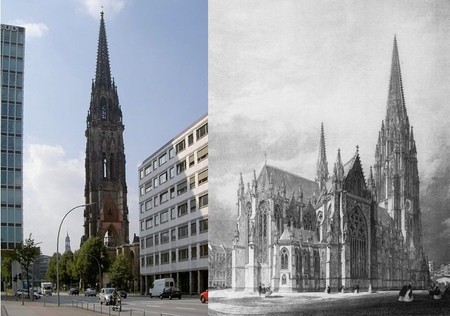 Learn what’s in your food

The German Food Additives Museum (Deutsches Zusatzstoffmuseum) is easy to miss in a shabby, old wholesale market. It’s somehow symbolic that the museum is almost hidden away, as it is dedicated to the harmful chemicals hidden in the food we consume. The museum walks visitors through the myriad additives, flavourings, colours, preservatives, stabilizers, sweeteners, and other substances most of us unknowingly consume with every meal. In a very matter-of-fact way, the museum aims to educate visitors about the purpose of the chemicals and their effects and risks. Keep in mind, however, the information presented is in German.

Back in the 16th century, German seamen used to throw cheap and readily available ingredients – like salted meat, eggs, pickled fish, vegetables, onions, beetroots and potatoes – all together into one big bowl and cook up a hearty, filling meal, known as Labskaus. At the port city of Hamburg, people still love this regional specialty – firstly, because it’s delicious and, secondly, because it cures a hangover in minutes! A favourite restaurant for locals to indulge in Labskaus is Sagners, where the meal is served in a traditional style, but it is also available in varied styles at numerous restaurants across Hamburg.

The Medical History Museum of the Hamburg University Teaching Hospital takes visitors through the multi-layered history of medicine. While on the one hand you get to see medical equipment and learn about medical procedures and ethics from various periods of time, you will also find wax models of deformities and graphic illustrations of scary diseases. Additionally, the museum opens your eyes to the evils practiced under the guise of medicine. For example, you will see a Binetarium, a piece of equipment the Nazis claimed could measure intelligence and executed people who didn’t measure up to the desired mental level.

See remnants of a shipwreck

On October 20, 1926, a Finnish four-masted schooner-cum-motor glider, the Polstjernan, carrying a load of wood, caught fire. The ruined glider was eventually towed to and abandoned at Blankenese Beach, west of Hamburg Harbour, where it can still be seen sticking out of the water. A few steps away lies the broken stern of the barge Uwe, which broke into pieces as a result of a head-on collision with the coaster Wiedau in 1975. The beach itself is a beautiful spot to spend a few quiet hours at. 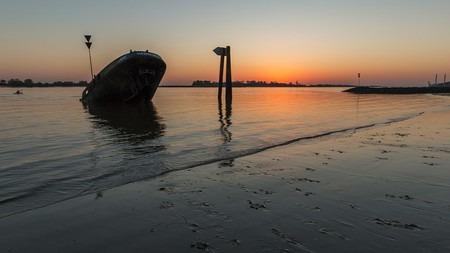 Harry’s Harbor Bazaar is a creepy yet strangely fascinating mishmash of weird things, stashed in dusty shelves in a stifling, mouldy cabin. Shrunken heads and voodoo dolls share space with headless figurines and beaded faces. Grinning devil masks, painted shields, not-so-cute stuffed animals and creepy carvings vie for your attention. All that is known about this macabre ensemble is that it was sourced from a sailor’s pub.

See the skull of a pirate

In the year 1878, a skull was accidentally unearthed in Hamburg, and it found a home in the Hamburg Museum in 1922. It is widely believed that the skull belonged to the infamous 14th-century pirate Klaus Störtebeker, though studies aimed at proving it were inconclusive. In 2010, the skull was mysteriously stolen from the museum, but was later found and reinstated. So why is a ruthless pirate’s skull such a treasure? Legend has it that Störtebeker and his men were captured and brought to trial in 1401, and sentenced to execution. Störtebeker proposed that he be the first to be beheaded and that as many of his men as his headless body could walk past should be set free! It is believed that his headless body actually walked past 11 of his men. However, the senate was unimpressed and executed all of them, and publicly displayed their heads as a warning against future similar crimes. 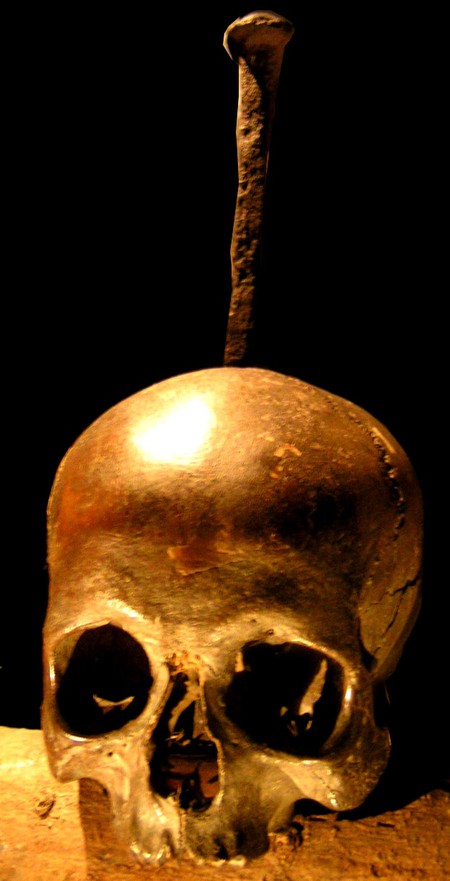