EUROPE
/
FRANCE
/
CANNES
/
Things to Do

The Most Beautiful Beaches in Cannes 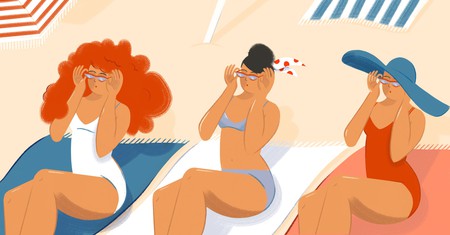 The beaches in Cannes can be divided into public and private, and both are charming in their own way. Private ones have plenty of amenities (lockers, sun loungers, waiter service) and are closest to La Croisette – Cannes’ main boulevard. They come at a cost, though. The public spots are natural and more minimalist, but some have showers and restaurants close by. Here’s our pick of the best Cannes beaches.

All of the major hotels along La Croisette have their own private beaches (like the Martinez, or the Marriott) and the Hotel Carlton is no exception. Offering loungers, waiter service, showers, and lockers to keep your valuables safe, the Carlton Beach is a great option, and is also conveniently located. These beaches are more built-up with tables, chairs and floats, so they might not be as pretty at first glance, but the water is perfect and the premises clean. You’ll have to pay to use these beaches (if you aren’t a hotel guest) but for many people, the convenience and the cachet are worth it – this is the same beach where Grace Kelly filmed To Catch a Thief in 1954. 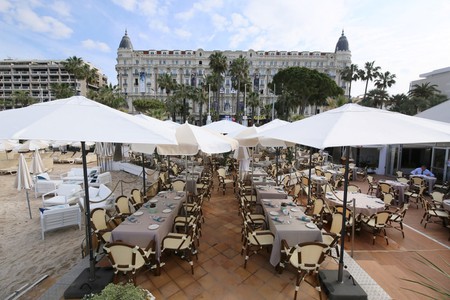 The view from the beach of the Carlton Hotel, Cannes, France | © Denis Makarenko / Shutterstock

Long Beach, run by the Marriott Hotel, is another great spot. Like Carlton Beach, it is fairly built-up, but it’s a lovely place to watch the world go by. There’s lots going on and it’s very pretty, plus it’s right in the centre of town. There is an indoor beachside restaurant as well as waiter service to the loungers for cocktails and meals. For the past 30 years, it’s been a good place from which to experience the town’s major events, whether it’s a quick dip in the sea during the Cannes Film Festival or to watch the fireworks on Bastille Day. 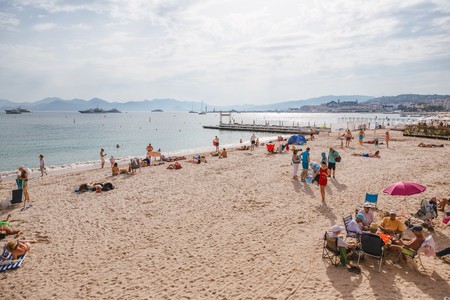 Plage de la Bocca is one of the most popular public beaches in Cannes. Just like the surrounding neighbourhood, there is a more laid-back side of the city on show here. It’s further west around the bay from La Croisette, close to the airport, but that’s part of the attraction; it can be a little less hectic in the summer months. It has lovely sandy beaches and is popular with young families. 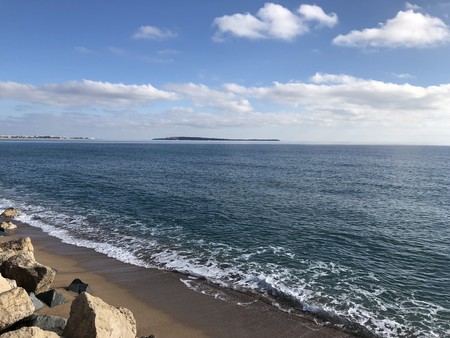 On the western side of Cannes, Plage du Midi is situated close to Le Suquet, the city’s old quarter, and La Croix-des-Gardes, which is now a public park. The park used to be the grounds of one of the largest villas in the area, and it is worth climbing to the top for a picnic before hitting the beach and relaxing. Plague du Midi has a selection of restaurants and ice cream parlours, and most people enjoy the area’s friendly vibe. 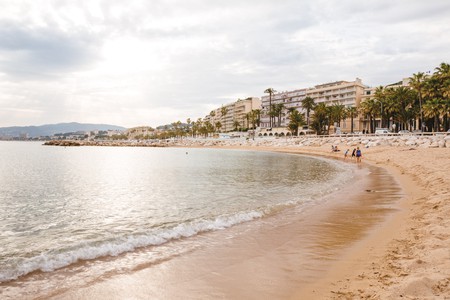 Palm Beach is at the tip of the headland in Cannes (the Pointe Croisette). It’s a quiet beach and a good option for kids; families can observe the kite surfers performing tricks a little further out to sea and the boats coming into the harbour. The beach looks out onto the Island of Sainte Marguerite and is a beautiful spot to set up for the day with a picnic. 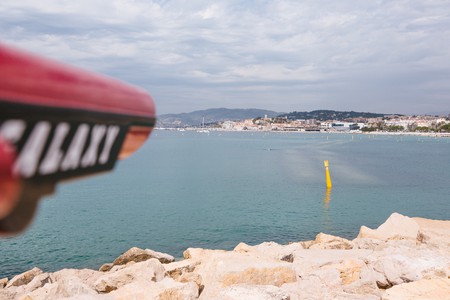 Looking for places to eat? Visit our article on the best restaurants in Cannes.