How to Visit Cannes if You've Only Got One Day 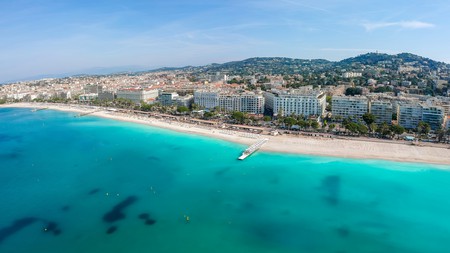 If time is not on your side and you only have 24 hours in Cannes, this charming coastal city has plenty to offer with castles, markets and excellent cuisine. Alternatively, watch the mega-yachts come in from the Mediterranean, then hike up the hills and cliffs that line the shores. For those on a tight schedule, this is the ultimate guide to Cannes.

The city is best known for its namesake film festival, where film stars and celebrities spend a month every spring peacocking. But beyond the city’s high-profile film festival, Cannes is a city full of history, heritage and excellent coastal cuisine. Watch the ships come in at the harbour, or discover maritime antiquities in a castle. Explore the narrow streets of the Suquet and dine on Michelin-star meals. This is how to make the most of 24 hours in Cannes.

Sightsee along the shores of the Millionaire’s Coast 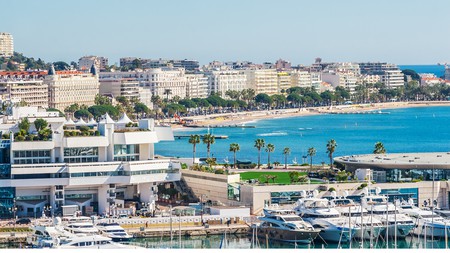 The city of Cannes is quite compact, making it easy to see in a short period of time | © Lukutin77 / iStock

Most of the city is centralised, which makes it an easy city to explore on foot. The majority of hotels circle the old town (Le Suquet) and the Croisette, but given the area’s stature as the Millionaire’s Coast, the bulk come with exorbitant price tags. Check into a boutique hotel (like the Hôtel Barrière Le Gray d’Albion) as most are family-run, beautifully outfitted and come complete with stunning views of the ocean from your room. 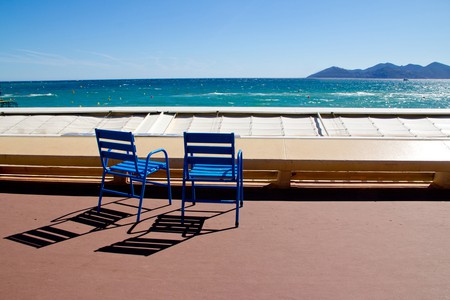 Start your day at the tip of the curving Pointe de la Croisette promenade. At just three kilometres (1.9mi) long, it’s not a long walk, but is ideal for those who want a taster of Cannes culture. Before you head down to the strip, stop into Bridget Bakery to fuel up for the day. Enjoy a petit espresso, and a freshly baked quiche or pain au chocolat.

Stroll down La Croisette – the name stems from the term “little cross”, as it used to flag sailors home. The sailor’s former port of call has since been replaced by a strip of casinos, each grander than the last. Walk past and ogle, or enjoy the views of the Mediterranean sea and the lush lines of greenery flanking the path.

The trail winds to the Palais des Festivals, the epicentre of the famed Cannes Film Festival. Take a second to swing to the side of the building, where you’ll find the handprints of cinema’s biggest stars (Sophia Loren, Clint Eastwood, Charlton Heston and Richard Gere are among them).

Snack on local treats at the Marché Forville

Keep walking along the strip until you hit the towering red arch of Marché Forville, just a five- to ten-minute walk down the road. In the morning, the market is the cultural heart of the city. There, you will find chefs bartering for produce, market stall owners gathering fresh bouquets and food lovers nibbling on spreads of local cheese and charcuterie. Be sure to buy a few fresh tomatoes, order a pouch of olives and sample pre-made dishes, like duck-fat fries, fresh oysters and crispy rotisserie chickens. 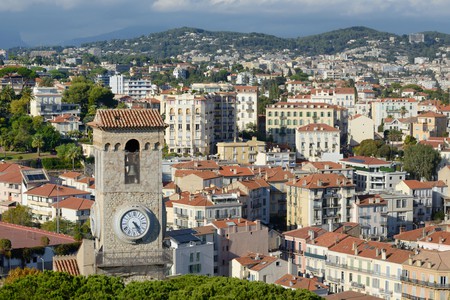 After the market, head upwards to Le Suquet hill which is just a short walk away. There, you will stumble upon the Musée de la Castre. Housed in a medieval castle atop the hill, the museum is home to a wide collection of art and antiquities from the Middle East and the Mediterranean. The building itself is a historical monument, so be sure to marvel at the castle’s medieval architecture.

Once you have traversed the castle walls (and enjoyed the view from the top of the turrets), it’s time for a lunch break. Weave your way to the nearby La Toque d’Or. Although the spot is upscale, the restaurant offers a four-course tasting lunch menu without fuss or formality. Service is convivial, and dishes are beautifully presented – think delicate peach clafoutis (a fruit tart) and steamed mussels. 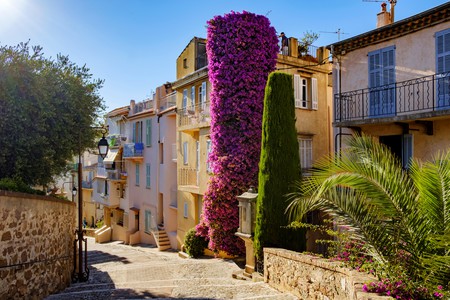 After lunch, continue through the winding streets of Le Suquet, the oldest part of Cannes, established by the Romans over two millennia ago. It’s easy to get lost in the maze-like cobblestone lanes that make up the district, each lined with restaurants and small shops. While you’re here, stock up on Provençal souvenirs like honey or local lavender products.

Soak up the sun and sand from a private beach club 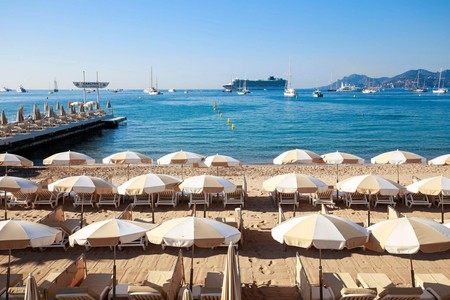 After a day of exploring, end the afternoon at the beach. If you have time, dip into the ocean or pop into a private beach club like Carlton Beach (note that private beaches cost to enter). Film buffs will recognise this particular spot, as it is where Alfred Hitchcock’s 1955 film To Catch a Thief starring Grace Kelly was filmed. Take in the sea view and watch the sunset from the comfort of a lounge chair.

Cannes is a city known for its vibrant nightlife and bar scene. Snuggle into La Bar à Vin, an intimate little wine bar where you can sample locally produced wine and small plates of meats and cheeses (most from the market you stopped by earlier). 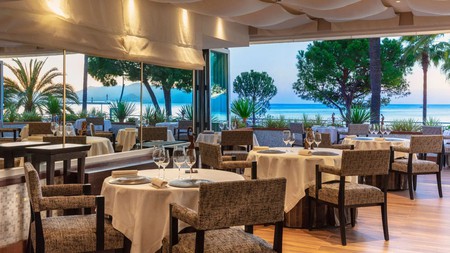 La Palme D’or is as upmarket as they come, but well worth the price tag | © Hotel Martinez / Hyatt

After apéritifs, head to one of the French Riviera’s Michelin-star restaurants. Le Palme d’Or is one of the most acclaimed and is located in the lobby of the Grand Hyatt Hotel Martinez. Dine on plates of seafood at this Mediterranean restaurant, whilst overlooking views of the bay and the Croisette. Note that the restaurant also offers a full vegan menu.

See the city lights from an intimate wine bar

Finish off the evening at Charly’s Wine Bar. This intimate bar is an ideal spot for wine lovers to cut loose. While the wine bar still serves up top-notch bottles, Charly’s is far more relaxed than most of the high-end bars on the Croisette, and the perfect place to unwind after a day of sightseeing.