The Overlooked Writers Of Cyprus

Cyprus is a country with a rich and often turbulent social, cultural and political history, and has produced a diverse wealth of literature. However, being an island with a relatively small population of just over a million inhabitants, many of the writers and poets of this Mediterranean isle are often overlooked or remain undiscovered; Erdinch Yigitce looks at four such writers below. 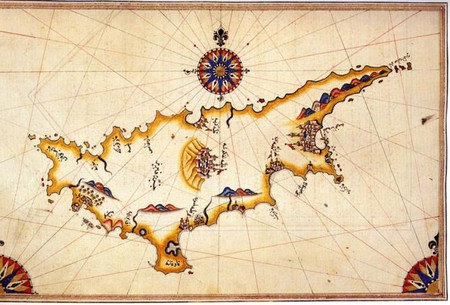 One of the most renowned of the Turkish–Cypriot writers is Osman Türkay, who has published in more than 30 languages. Türkay (1927–2001) was an internationally acclaimed writer who was twice nominated for the Nobel Prize for Literature. Strongly influenced by global mythologies, classical Turkish writers and the Modernist poetry of TS Eliot and Dylan Thomas, Türkay is well known for his collections of avant-garde poetry which contain themes that are often abstract and concerned with natural order, the environmental and issues of technological change.

A Turkish–Cypriot translator, poet and novelist, born in Nicosia in 1936, the multilingual Taner Baybars left Cyprus and moved to England in the 1950s, where he adopted English as his literary language of choice. He was a member of ‘The Group’ poets established in London in 1974 which the famed English poet Ted Hughes was known to visit occasionally. Childhood, nostalgia and the act of remembering dominate his lyrical, moving memoir, Images in Self Biography (1970). The biography is a highly evocative and distinctly Proustian account of Cypriot village life. Evoking the pungent smells of olives, lemons and lentils, Baybars conjures the early years of his adolescence spent in Visalia, and then Nicosia, whilst depicting the trials of village life, folk traditions, familial fall-outs and resolutions.

One of the most famous Greek–Cypriot figures of literature is the poet Kyriakos Charalambides. Born in the district of Famagusta in 1940, the prolific Charalambides published his first volume of poetry First Source in 1960, and has subsequently written many more volumes of work. His poetry has often been compared to that of WB Yeats and his use of language ranges from colloquial Greek to classical Homeric and lyric verse. The short documentary In the Waters of Cyprus by Elias Demetriou, is a film about his life and work.

More recently, Andreas Koumi’s novel The Cypriot (2009) is an epic romance that spans from the 1950s to the 1970s. Dealing with the difficult topic of a Christian/Muslim relationship across geographical, religious and political borders, the novel culminates in the events of 1979 which led to the division of the island. Through the prism of a beautifully told love story told, this powerful novel highlights the historical plight of a divided island, its people and the struggle for freedom.