The Best Things to Do in Paphos 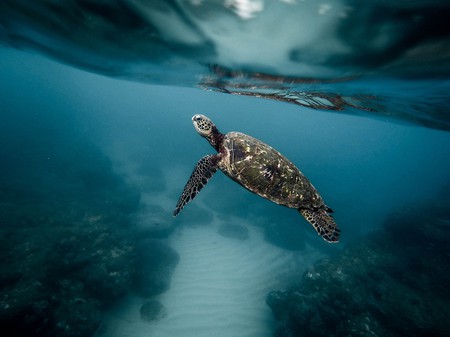 The coastal city of Paphos is the birthplace of Aphrodite and one of the most popular tourist destinations in Cyprus. Here’s our ultimate guide to the best things to do there.

Home to Cyprus’s second-largest international airport, Paphos is a popular destination thanks to its mixture of Mediterranean beaches and historical sites, including several UNESCO-listed places. With so much to explore, you won’t be short of ideas when deciding what to do in the city.

The mythical Aphrodite’s Rock, or Petra tou Romiou in Greek, can be found between Paphos and Limassol, where it is believed that the goddess of love and beauty was born. Legend has it that she rose from the waves between the rocks in a shell. The large rocks attract many visitors no matter the season, and many tour buses stop here for photographs.

The beach is suitable for swimming, and climbing to the top of the large rock offers fantastic panoramic views. To reach the beach, you have to follow a tiny, dark pathway that passes underneath the road and leads to the rock. 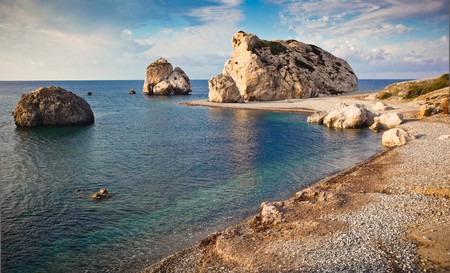 The Kato Paphos Archaeological Park houses a stunning array of historical ruins. These span from relics of the Middle Ages to the Roman Empire and include the sun-bleached remains of buildings – still magnificent despite the passage of time – mosaics, murals and ancient statues. To see the House of Aion or the Ancient Odeon here is to see the remains of Cyprus’s noble past. 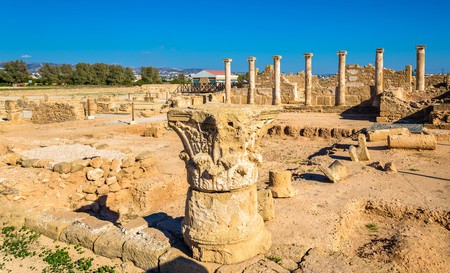 Visit the Tombs of the Kings

Housed within the Kato Paphos Archaeological Park, the Tombs of the Kings is a selection of underground chambers carved out of solid rock in the Hellenistic and Roman periods. The tombs were inspired by ancient Egyptian tradition, where it was believed that tombs should be similar to their houses to carry on the essence of living. The burial chambers open up into a peristyle atrium similar to those found in Alexandria. This is the last resting place of the high officials of Cyprus, and no actual kings were buried here. Nonetheless, the size of the tombs and the Doric pillars are impressive, and give the beautiful site its name. 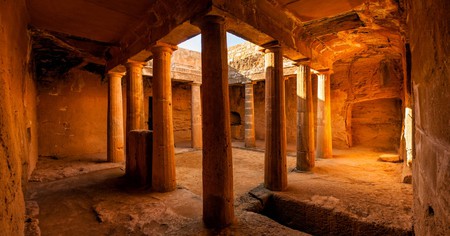 Tombs of the Kings necropolis in Paphos | © Yulia Avanessova / Shutterstock

Hike down the refreshing Avakas Gorge

The beautiful Avakas Gorge, one of the last areas of the island not to have been touched by modern development, can be found in the stunning Akamas Peninsula of Paphos. The tall rock formations of the gorge were created by a strong river that flowed continuously over the limestone, eroding it into 30-metre (100-foot) rocks over time. Spending a morning walking through the gorge is a unique experience, as there aren’t many similar spots around the island. The three-kilometre (two-mile) gorge can be wet and slippery at times, so appropriate shoes are necessary. 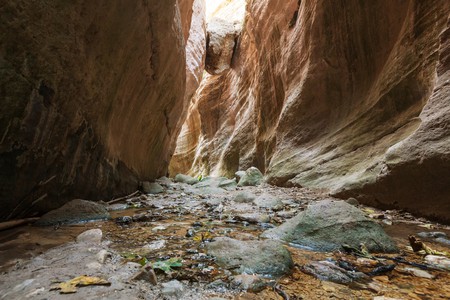 Have a dip in the Blue Lagoon

Only accessible by boat or dirt road, Blue Lagoon beach has some of the bluest and clearest waters in Cyprus. Sea-lovers can combine a visit to the beach with a boat ride to get the most out of the stunning coastline. Boat rides set off from the harbour at Latchi, and some even include a meal of souvla as part of the package. Adventure junkies can choose to drive down to the Blue Lagoon via a bumpy dirt road, but note that the route isn’t for the fainthearted and a 4×4 will be needed. 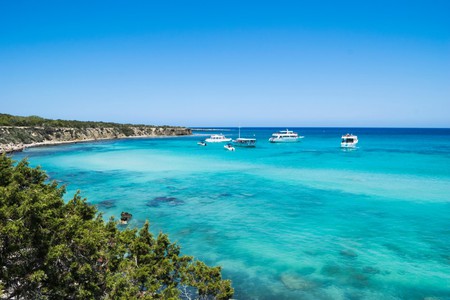 Akamas is one of Paphos’ most picturesque regions, and is home to endemic plants and animals such as monk seals and sea turtles. Some of the more untouched beauty here can only be reached off road, so it’s best to rent a 4×4 or a quad bike to traverse the region safely. In the summer months, the temperatures can get very high, and if you’re doing one of the area’s many nature trails, a bottle of water is essential to keep you hydrated. 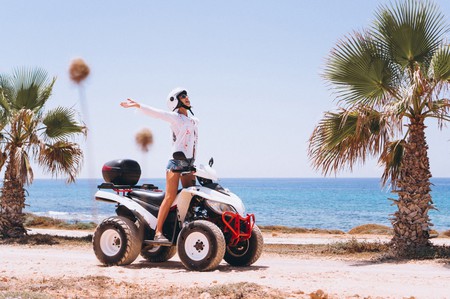 In the protected Akamas Peninsula, which covers the northwest edge of Cyprus, Polis Chrysochou is home to one Cyprus’s most acclaimed camping sites. Buried underneath tall eucalyptus trees is an organised camping site right on the beach. The site is equipped with showers and bathrooms as well as a café that serves drinks and food. Spend your day swimming and playing volleyball, watch the sunset hide behind the mountains and enjoy a night under the Cypriot summer, starry sky. 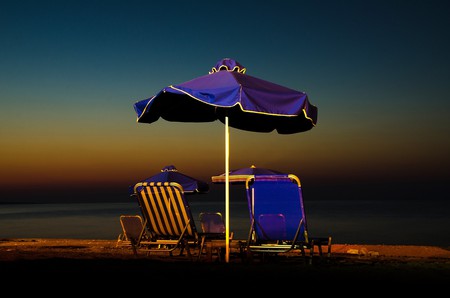 Besides the town of Paphos, this region of Cyprus is made up of many small, traditional villages. Some of the island’s tastiest products come from this area, so when you dig into your very Cypriot souvlakia it will be served in pitta bread from Paphos, which is thicker and fluffier than the rest. Paphos is also known for making the best loukoumia, a sweet usually given as a gift to wedding guests. This could make a special gift to bring friends back home.

Most importantly, you should venture up to the villages to embrace the local hospitality and the traditional cuisine. Certain villages are renowned for their taverns and you simply cannot leave without tasting some of their dishes. If you find yourself in Milliou village, try Pagkratios tavern, in Letimpou village head to Letimpou tavern and in the charming village of Kathikas, try To Petradaki. 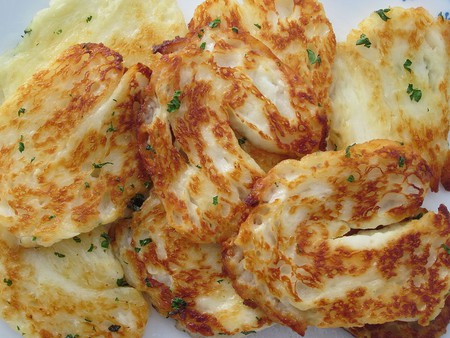 Visit the abandoned village of Evretou

Take a glimpse into the past and get a taste of what the island’s division left behind with a trip to Evretou village, three kilometres (two miles) from Symou village. To reach it, take the dirt road at Symou that leads near to Evretou dam. The village remains as it was left in the 1970s after the war, and dozens of abandoned Turkish Cypriot houses can be found tucked away in the open fields. Walk through the ruins to get a firsthand view of Cyprus’ history.

The Cypriot wine industry dates back nearly 5,000 years. Paphos has numerous wine-growing villages and is home to many wineries run by locals who will welcome you to try their homegrown goods. Wine tours are a great way to explore this region; a trip to Tsangarides winery in Lemona, Vasilikon winery in Kathikas or Vouni Panayia winery in the village of the same name are all good options. 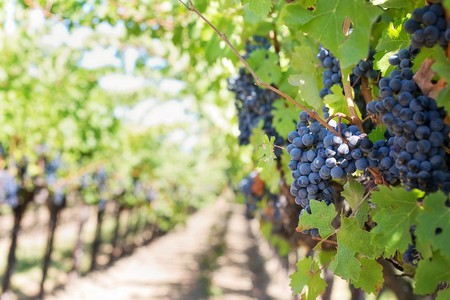 Paphos is known for its sea turtles, which emerge over the summer as they come to shore to lay their eggs. In fact, some beaches are protected areas and environmentalist groups fight to keep turtle eggs safe from visitors and animals. Spotting a turtle at sea is a rare yet not unlikely phenomenon in Cyprus, but to almost guarantee it, go on a boat trip with Atlantis Turtle Watching Cruise. You can get information on their cruises and offers here. 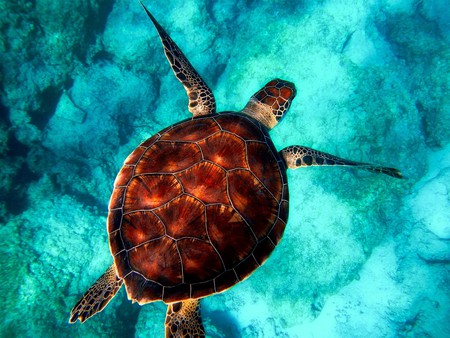 Have a cocktail with a shipwreck view

Unwind with a view of the sea, a cocktail and a delicious meal at Oniro by the Sea. The name means ‘dream’, and this beautiful bar really is like something out of a dream, and its menu has something for nearly all tastes. The famous EDRO III shipwreck is just a couple of metres away; the cargo ship crashed in 2011 and now rests only a few metres from land. The dramatic setting makes it a popular spot for photographs, especially in the summer. 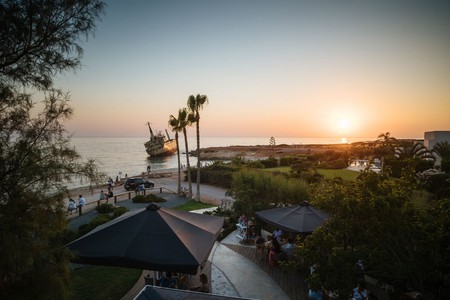 The bar is an ideal spot for cocktails, sunsets and seeing the EDRO III shipwreck | © Oniro by the Sea
Give us feedback