Amazing Day Trips to Take From Split, Croatia, by Boat 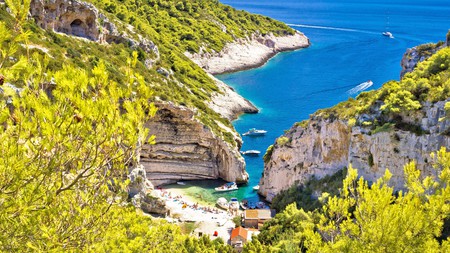 The largest city in the southern region of Dalmatia and the second largest in Croatia, Split serves as the economic, administrative and tourist centre of Croatia’s vast coastline. On land, the city’s ancient roots stretch back 1,700 years to Roman times and there are dozens of ancient sites to explore. Out on the water, Split is the main gateway to some of Croatia’s most popular islands. Here, we reveal some of the top day trips to take from Split if you’re chartering or sailing your own boat.

See some of the most magnificent spots surrounding Split by chartering a vessel with SamBoat. 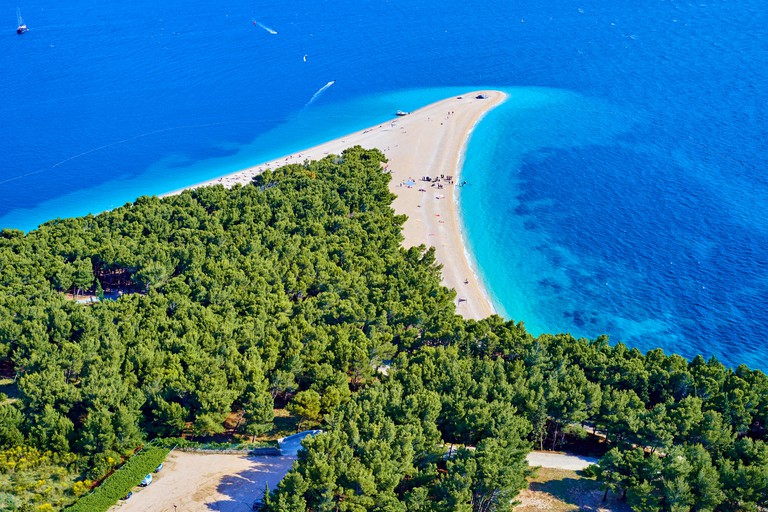 © Tuul and Bruno Morandi / Alamy
Brač is the largest island in Dalmatia and is situated about 50 minutes away from Split by ferry. Brač has a rich history that dates back to the Neolithic period and is especially famous for its beautiful white stone that has been used to construct many ancient Roman structures, including the Diocletian Palace in Split. During your time on Brač, be sure to visit Zlatni Rat, a lick of a beach about 2km (1mi) from the harbour town of Bol on the island’s southern coast. Not only does this golden pebble beach have a unique V shape, but its shape also changes ever-so-slightly depending on the wind conditions and sea currents. 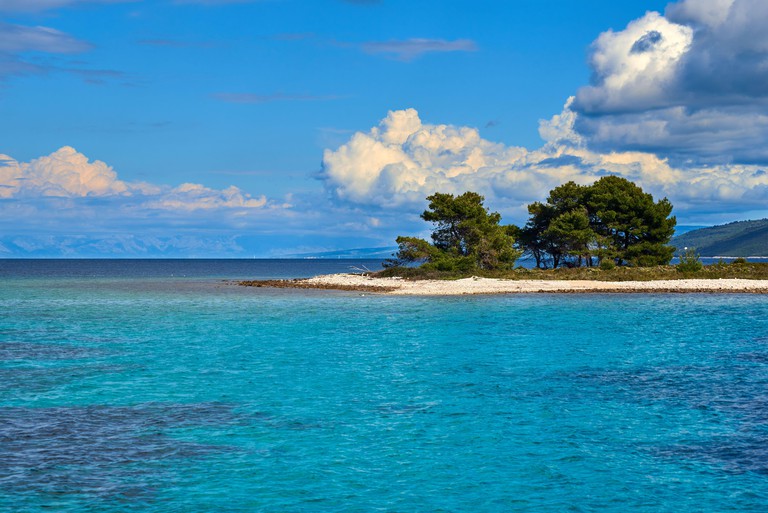 © LightPrivateer / Alamy
Thanks to its almost otherworldly blue waters sheltered by the islands of Veliki and Krknjaši, Krknjaš Bay is more popularly known as The Blue Lagoon. Situated just 30 minutes away from Split by speedboat, this gorgeous spot takes you away from the hustles and bustle of town to a peaceful oasis of sand. Join a day tour with Toto Travel, which includes a visit to the historical town of Trogir, a blissful sojourn at The Blue Lagoon before popping by Stomorska, a small village on nearby Šolta island with a long history of fishing. 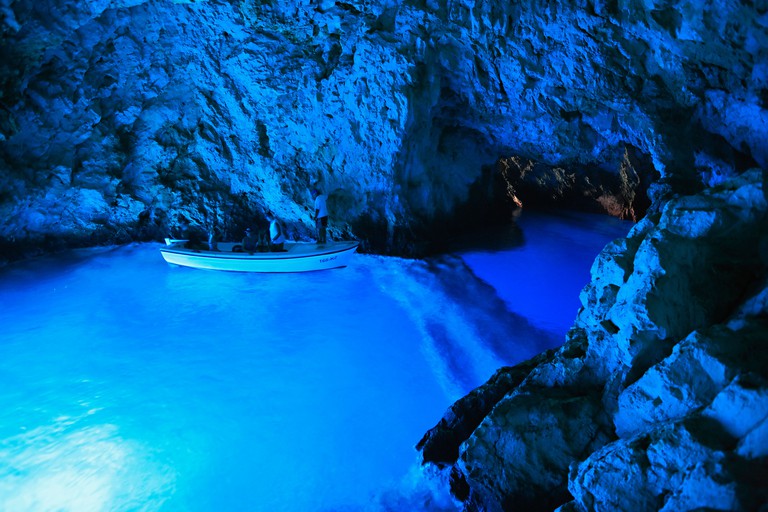 © Nino Marcutti / Alamy
Not to be confused with the Blue Lagoon the Blue Cave, on the island of Biševo, is one of the most photographed spots in Croatia because of its ethereal blue light – a result of the morning sunlight reflecting from the seafloor. While you can take a boat from Split directly to the Blue Cave, it’s recommended to catch the earliest ferry from Split to Vis before hopping on a local boat to the Blue Cave. That way, you can beat the crowds queuing to get in as boats from Vis get right of way into the Blue Cave. 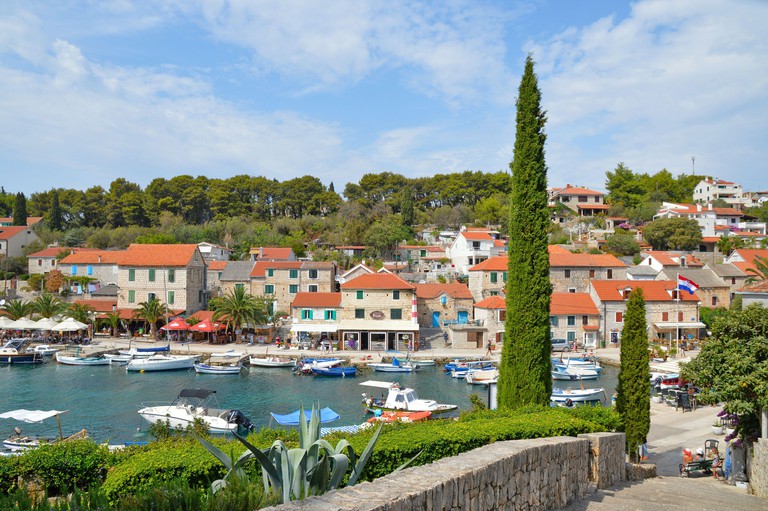 © Gianniblues / Alamy
Located about 30 minutes south of Split by boat, the island of Šolta might be small but it sure packs a punch with things to see and do. To get the best out of Šolta, book a tour with Bonaca Tours, which is run by three Dalmatian locals – one of which grew up on the island itself. There are many hidden coves dotted on the southern side of the island, so you can easily find a quiet spot to while away the afternoon. Don’t leave Šolta without visiting Maslinica, a bucolic port village that has won national awards for its authenticity. 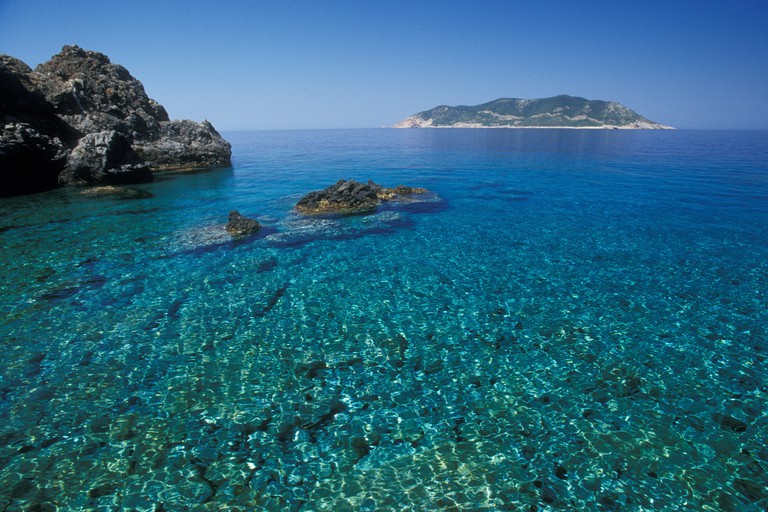 © WaterFrame / Alamy
This tiny uninhabited island is probably not on many tourist radars but Bonaca Tours, which pride themselves on taking their guests off the beaten track, recommend Brusnik for its unique topography. This volcanic island is almost 150 million years old and is made of black volcanic rock that is as hard as granite. The combination of the Jurassic-like scenery coupled with the sparkling sea and dazzling sunshine make this island quite a sight to behold. 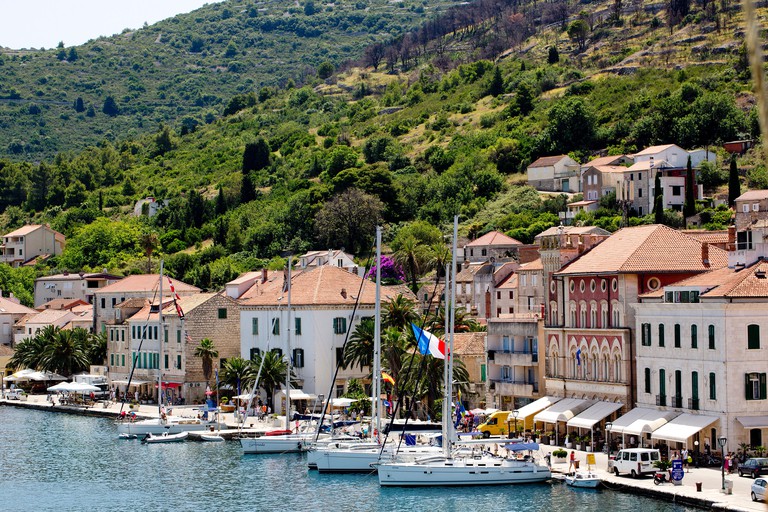 © david bebber / Alamy
After the 2018 musical comedy Mamma Mia! Here We Go Again was filmed here, the already-popular island of Vis – located 2.5 to 3 hours away from Split by ferry – became even more packed with music fans hoping to get a glimpse of the iconic filming locations. For those seeking a little more tranquillity, the charming coastal town of Komiža on the western coast of the island offers a slice of Dalmatian paradise with its characterful back streets and postcard-perfect pebble beaches. There’s also a scattering of top-notch dining establishments, with Restaurant Pojoda, Lola Konoba, Roki’s and Fort George being some of the best-rated spots. 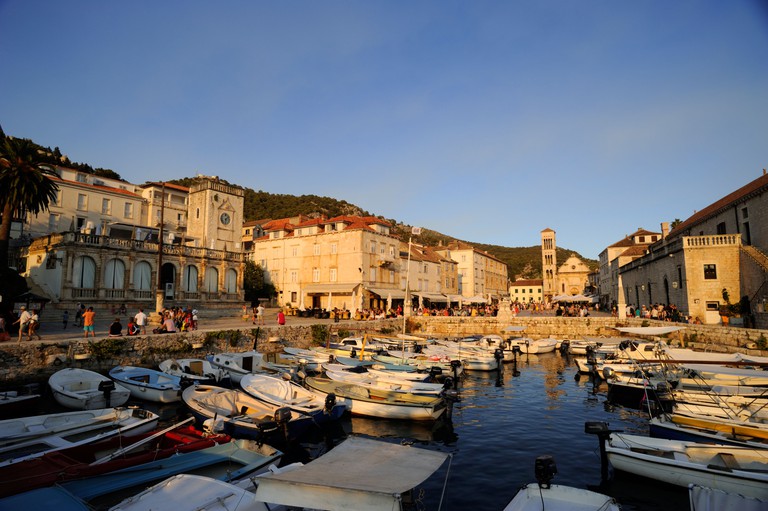 © Vito Arcomano / Alamy Stock Photo
For history buffs, the main draw of Hvar is the ancient fortress that dates from before 500 BC but for the stylish set, this picturesque island is better known for its party scene. The town of Jelsa, located in the middle of the outcrop, is home to numerous bars, restaurants and clubs as well as hotels and private apartments catering to tourists. During the summer, pack a beach towel and soak up the Mediterranean sun on the gravel beaches fringed with pine forests. 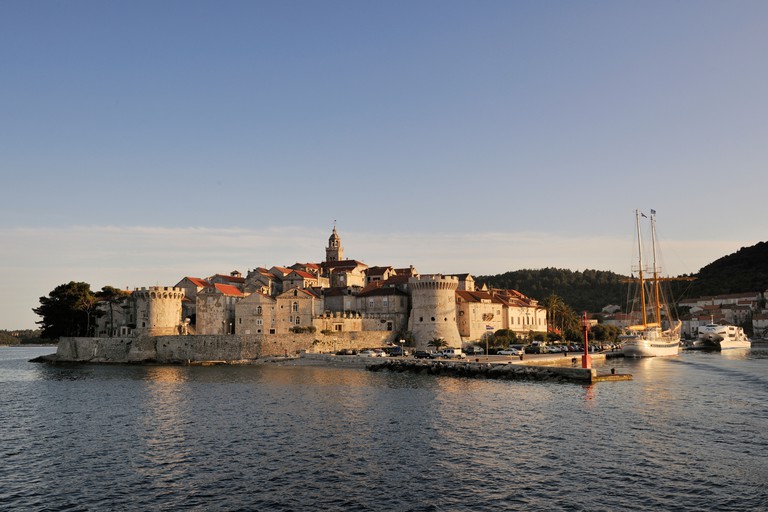 © imageBROKER / Alamy Stock Photo
Situated somewhat between Split and Dubrovnik, the island of Korčula is said to be the birthplace of the famed Venetian merchant and explorer, Marco Polo. Today, Korčula is perhaps better known for its Grk white wine, which is grown almost exclusively here, so a vineyard tour is a must. Other must-try activities include taking a gander around its historic Old City and sunbathing on the gorgeous Pupnatska Luca Beach. Explore the sights close to Split when you hire a boat with SamBoat.
Give us feedback