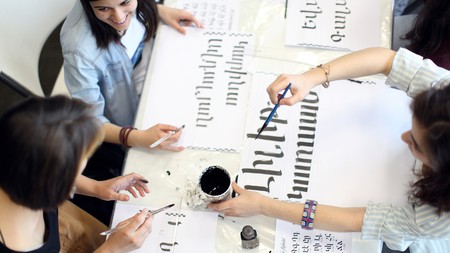 In spring 2018, thousands of demonstrators took to the streets across Armenia to peacefully protest for a democratic future. For these innovators, regime change is only the beginning.

The 2018 Velvet Revolution, which ousted long-time leader Serzh Sargsyan and saw Nikol Pashinyan elected as prime minister, ushered in a new political era for Armenia. Meet the photographers, street artists, educators and activists working to see the fruits of the revolution in creativity, civic engagement and social justice – and reimagining Armenia’s role on the global stage.

4Plus’s online platform was born in part out of a lack of opportunities for photographers in Armenia, in terms of education and having works published or exhibited. “We wanted to give photographers a platform and the freedom to create. We wanted to pay the photographers and give them the opportunity to unite and collaborate,” Armenakyan says, highlighting what she sees as the particular capabilities of women working in this field. Never has the importance of women in Armenian society been more apparent, with many, including Prime Minister Pashinyan, convinced that they were pivotal to the success of Armenia’s ‘Velvet Revolution’. “Women in Armenia are strong, even if they are not visible in power … photographers had an important role in conveying this during the revolution,” Armenakyan reflects. 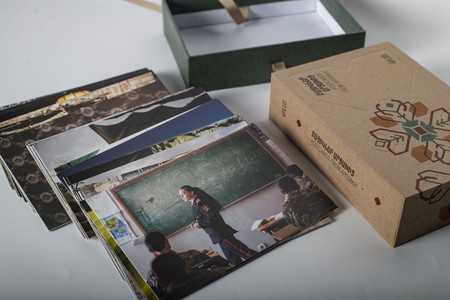 Inspired by the Russian avant-garde and contemporary protest artists Pussy Riot and Pyotr Pavlensky, Armenian activists ArtLab engage in political art, in particular examining corruption and authoritarian regimes in their work. The group’s project for the 2019 Venice Biennale, Revolutionary Sensorium, aims to re-create the events of Armenia’s 2018 revolution in the audience’s imagination. The ‘Sensorium’ element of the work refers to the revolution as not only a rational response to the former regime but an emotional and internal phenomenon involving a range of human sensibilities such as empathy, love and violence. “Until 2018, the main aim was to make a revolution – a revolution through art. That’s the first stage. The second stage is a revolution in the mind,” founding member Artur Petrosyan says. “Before, you knew who your opponent was. Regime change was the easy part; changing people’s minds is far harder.”

Despite the challenges ahead, Petrosyan is fairly optimistic about the future of activist art in Armenia. “Now everything is possible, good and bad. Impossibilities create the environment for possibilities. Forget whatever you know, and start dreaming.” 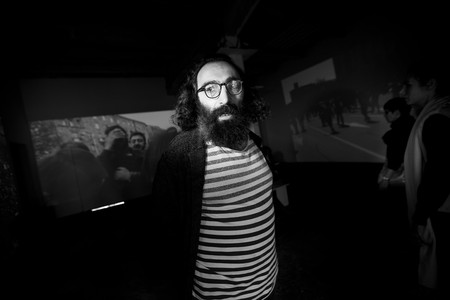 “Armenia is like Cheburashka… nobody knows where to put us,” says Ruben Vardanyan, referring to a Soviet-era cartoon about a cute, koala-esque “animal unknown to science” that is rejected by the zoo. Vardanyan has dedicated his life to boosting Armenia’s development and increasing the country’s contribution to the rest of the world; his multi-faceted work has spanned education, business, humanitarianism and conservation of cultural heritage. Among his most significant accolades is the co-founding of the Aurora Humanitarian Initiative (together with Vartan Gregorian and Noubar Afeyan) – a movement that honours the survivors of the Armenian genocide, seeks to empower “modern-day saviours” who support the most helpless, offers hope to those in urgent need of basic humanitarian aid and continues the cycle of giving. Named in memory of Aurora Mardiganian, a genocide survivor who increased awareness of the Armenian genocide through her book Ravished Armenia, the Aurora Humanitarian Initiative includes the Aurora Prize for Awakening Humanity – an annual prize awarded to outstanding humanitarians, whose selection committee includes actor George Clooney and former US Ambassador to the United Nations Samantha Power.

October 2019 will see the first Aurora Forum bring leaders in social, technological, educational and humanitarian innovation from around the globe to Yerevan and other cities across Armenia, for a week of lectures and discussions. “We hope that the Aurora Forum, in its inaugural year, will not only engage the global community but also inspire much of our country’s diaspora to re-engage with their homeland. This is a chance for us to bring the world to Armenia in a way we’ve not been able to do before,” Vardanyan tells Culture Trip. 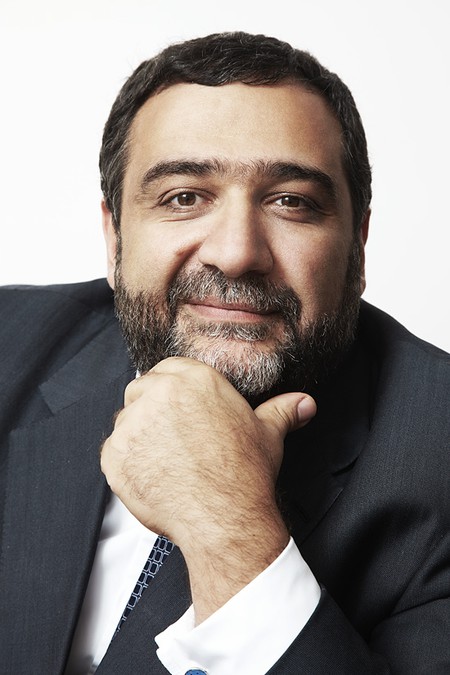 Other notable projects led by Vardanyan include the founding of UWC Dilijan College – the first United World College in the Caucasus – and the Tatev Revival project. The latter seeks to raise standards of living and promote job creation in a deprived area of southeastern Armenia, in part via construction of the world’s longest reversible cableway, Wings of Tatev, and the restoration of the Tatev Monastery.

Surrounded by verdant forests and known for its clean air and excellent hiking opportunities, the northern town of Dilijan is nicknamed ‘Armenian Switzerland’. Since 2018, Dilijan has been home to MADE – a community regeneration project centred around artisanal crafts. Hosted at the Dilijan Community Centre, the MADE workshops offer opportunities for local people to develop creative and technical skills: from painting to jewellery-making and restoring furniture. The result is high-quality products with a distinctive Armenian flair, such as silver brooches in the form of local slang terms in the unique Armenian alphabet; minimalist concrete bowls inspired by Soviet crystal designs and jewellery made using the local tuff stone that is a mainstay of Armenian architecture. MADE aims to create communities of artisans and form a platform where they can showcase their creations. “The purpose is to have communities that will eventually rely on their own abilities and create job opportunities for themselves and others and … encourage alliances and collaboration in skills, techniques and knowledge. Hand on tool, one community at a time,” says Natacha Kalfayan, the vivacious and determined leader of the project. 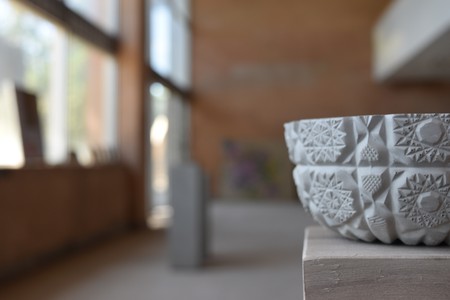 MADE encourages locals to develop their creative skills | Courtesy of MADE

Yerevan-based fashion designer Vahan Khachatryan has been instrumental in the development of Armenia’s fashion industry. Having graduated from fashion school in Florence in 2011, upon returning to Armenia Khachatryan sought to raise the profile of Armenian design via intertwining modern cuts and elements of cultural and historical heritage, both from his native Armenia and elsewhere in the world. His work has been inspired by elements of Italian Baroque, French Rococo and the attire of the English Tudor queens, while his ‘Treasures of Armenia’ collection features traditional depictions of biblical saints and quintessentially Armenian motifs that recall ornaments found in many family homes.

In addition to producing his own designs, Khachatryan is the president of the Fashion and Design Chamber of Armenia, which works to create a joint platform for the creative industries, supporting their needs and representing them in relations with the government and other partners. “The government doesn’t pay attention … they don’t understand that fashion is an industry,” Khachatryan tells Culture Trip. The designer sees the rapid rise of Armenia’s neighbour, Georgia, on the global fashion scene as something to recognise and learn from; he calls Demna Gvasalia – currently the creative director of Balenciaga and head designer of Vetements – “the elephant in the room” that Georgian designers don’t want to acknowledge. Having introduced the annual Yerevan Fashion Forum, which sees international industry representatives share their expertise with young Armenian designers, Khachatryan is planning for Yerevan’s first creative hub and hopes that the project will foster collaboration between creatives working across different disciplines. Where does Khachatryan see the Armenian fashion scene in five years? “There are too many factors involved to be able to tell,” he says. “But if five to 10 Armenian names could be known abroad, that would be an accomplishment.” 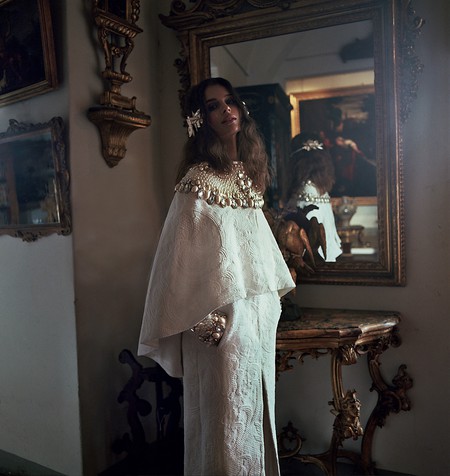 Maria Titizian and Roubina Margossian are the founders of EVN Report – a young digital media platform providing independent journalism from Armenia (largely) in English. The online magazine is a dynamic, hybrid publication, offering a mix of reporting as well as more considered long-form analysis and commentary on topics as diverse as politics, arts and technology. EVN Report has also branched into formats rarely used by local media, such as podcasts. “We were tired of mediocrity … and we were in an echo chamber, with only Armenians discussing amongst ourselves,” says Titizian, explaining the need for a high-quality English-language outlet reporting from Armenia. Though the publication was founded in 2017, it has taken on new significance since the 2018 revolution. “The turnout for the election after the revolution was only 48 percent – it didn’t translate into high political engagement. Revolution is not sustainable if it’s not also a cultural transformation,” Titizian tells Culture Trip. “Media has an important role to play in this cultural shift. It’s not just a case of supply and demand; we wanted to shape the demand.” 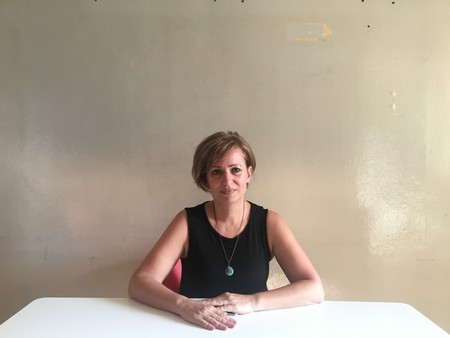 Kond is among Yerevan’s oldest neighbourhoods; with its pre-Soviet architecture and limited connections to the rest of the city, time appears to have stood still here. “Largely ignored by local government and society, Kond stands to be demolished one day,” says Sereg Navasardyan, the man behind the #kondgallery rejuvenation project. What Navasardyan describes as an ‘urban contemporary social movement’, the #kondgallery initiative wants to bring new meaning to the district’s existence by transforming it into a hub for contemporary street culture, hosting a unique collection of murals by local and international graffiti artists. In addition to adorning Kond with vibrant street art, #kondgallery holds events such as live music and open-air movie nights, drawing visitors to the often overlooked neighbourhood. 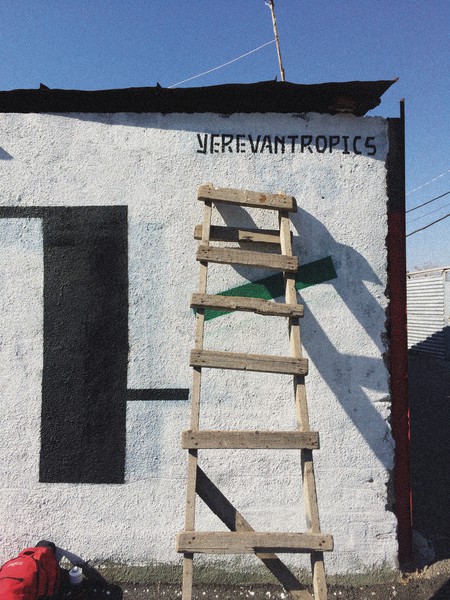 A key player in the quest to make Armenia a global technological hub, the Tumo Centre for Creative Technologies is working keenly to engage the younger generation in this vision of Armenia’s future. The non-profit venture – founded by Sam and Sylva Simonian, Armenians from Dallas, Texas, in collaboration with Marie Lou and Pegor Papazian, the centre’s CEO and head of development, respectively – offers an innovative curriculum of technology and design for students ages 12 to 18. Programmes include robotics, filmmaking, web development, animation and photography, taught in hands-on workshops that are all offered at no cost to the student. Tumo places emphasis on inclusivity and encouragement: students of different ages and backgrounds work together, and there are no entrance requirements and no final grades. “Students do not compete with each other but are rather motivated to ‘level up’, as they would in a video game; and [there is] no certificate of completion – instead, each student’s work is automatically uploaded to their online portfolio, which becomes their ‘living diploma’,” says Zara Budaghyan, head of communications, events and PR at Tumo. With centres in the cities of Yerevan, Dilijan, Gyumri and Stepanakert, as well as in Beirut and Paris, Tumo is hoping to expand to Moscow and Tirana within the next two years. 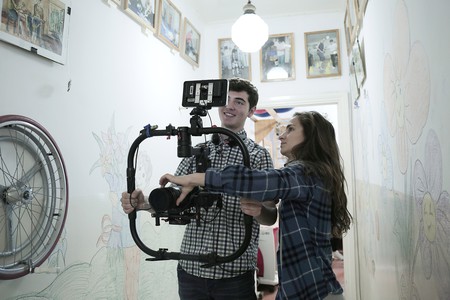 Programmes at Tumo include include robotics, filmmaking and web development | Courtesy of TUMO Centre for Creative Technologies
Give us feedback