The Most Popular Puerto Rican Musicians for 2017 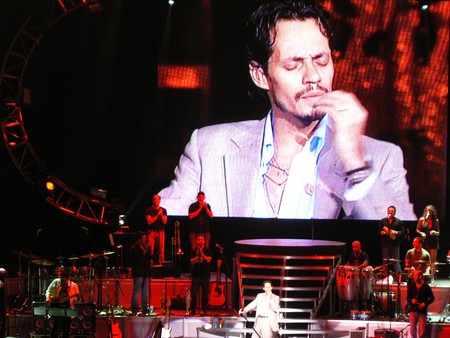 Music is an important part of Puerto Rican culture, and there are many musicians from the territory making tunes that’ll make you listen, dance, and feel something emotionally. Some artists have already had big moments, such as Luis Fonsi and Daddy Yankee, while others are poised to make headlines with their new releases later in the year. Check out the following Puerto Rican musicians that are looking set to make their mark.

Luis Fonsi and Daddy Yankee’s original version of “Despacito” was already a hit song, and then the remix released with singer Justin Bieber made the song even more popular, topping the music charts. The remixed version, featuring lyrics in English and Spanish, was the biggest music debut of 2017 on YouTube, according to Billboard Magazine. Fonsi is expected to release his next album later in 2017, so stay tuned if you’re a fan of “Despacito” or of his other hits such as “Nada es para siempre” or “Aunque estés con él.”

Daddy Yankee has had many hits throughout his musical career, and is one of the biggest names in reggeaton. His first major hit was “Gasolina,” and other popular songs such as “Descontrol,” “Lovumba,” and “Shaky Skaky” followed. Yankee has also enjoyed a great deal of success with his collaboration with Luis Fonsi in the song “Despacito.” He’s expected to release an album in 2017, so even more hits songs may be on the horizon.

Zion & Lennox have worked together as a musical duo for more than ten years. Some of their hits include “Te quiero pa’ mi” with Don Omar, “Mi cama huele a ti” with Tito El Bambino, “Doncella,” and “Pierdo la cabeza”. In addition, the duo collaborated on a Latin remix of Ed Sheeran’s hit song “Shape of You” this year. These hitmakers split in 2006 but reunited several years later and enjoyed greater success.

Formerly half of the successful duo Wisin & Yandel, Wisin has released several popular songs such as “Vacaciones”, “Que viva la vida,” and “Escápate Conmigo” with another Puerto Rican musician to look out for this year, Ozuna. Moving into the latter half of 2017, it’ll be interesting to see how Wisin continues to build his solo career with his 2017 album Victory. Wisin also recently produced the first album for Latin boy-band CNCO.

Marc Anthony has many popular songs to his name, including “Contra la corriente,” “Vivir mi vida,” and “Flor Pálida.” Among his most recent releases is a duet with fellow Nuyorican music star Jennifer Lopez, titled “Olvídame y pega la vuelta.” Anthony is also co-founder of an entertainment company, which means that he’s making moves in music both as an artist and a businessman.

Ozuna is an up-and-coming reggeaton artist whose videos have gained much popularity online. Some of his collaboration so far include the songs “La rompe corazones” with Daddy Yankee and “Hello” with Karol G. Other notable songs are “Tu foto” and “Dile que tú me quieres.” Music fans should keep an eye out for this musician, whose career is just starting to take off.