The Most Beautiful Lighthouses in Puerto Rico 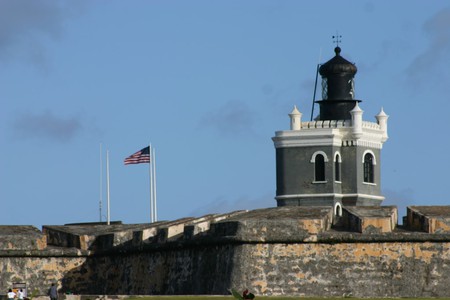 The lighthouses of Puerto Rico are a study in themselves, having years of stories to tell about architecture, weather, battles, colonization, settlement and maritime adventures. There are approximately 15 lighthouses around the island, and 11 of them are still active. The oldest is the faro, or lighthouse, at Castillo de Morro in San Juan, which was established in 1846, and most of the others were established within the next 50 years. In 1981, all of the lighthouses were placed on the National Register of Historic Places, so many of them continue to be maintained for use and for tourism. This list includes some of the most beautiful lighthouses to tour when you visit Puerto Rico. 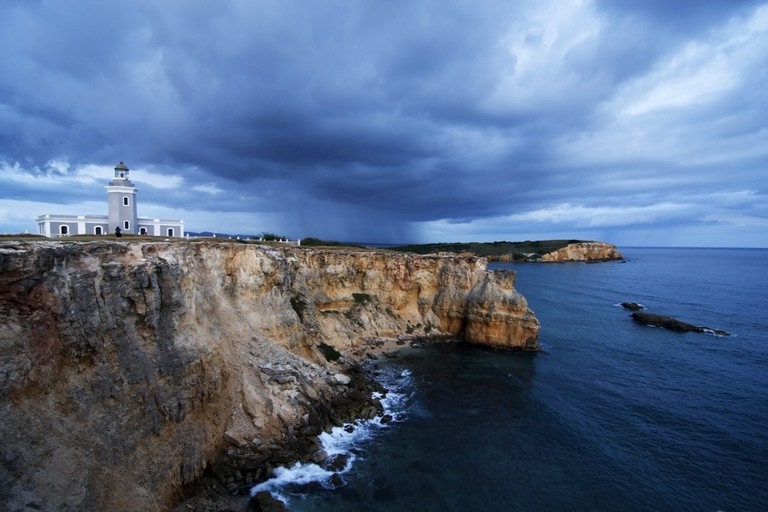 Los Morrillos Lighthouse in Cabo Rojo | © fortherock / Flickr
Faro Los Morrilloswas built by the Spaniards in 1881 and to this day it helps ships through the Isla de Mona Passage. The views atop limestone cliffs, where the lighthouse is located, are the most stunning of all. There are hiking trails that lead down to Playa Sucia, one of the most beautiful beaches in Puerto Rico. Around the bay are more hiking trails that lead to a natural stone bridge and more scenic views. Los Morrillos can also be booked for wedding ceremonies for a beautiful backdrop. 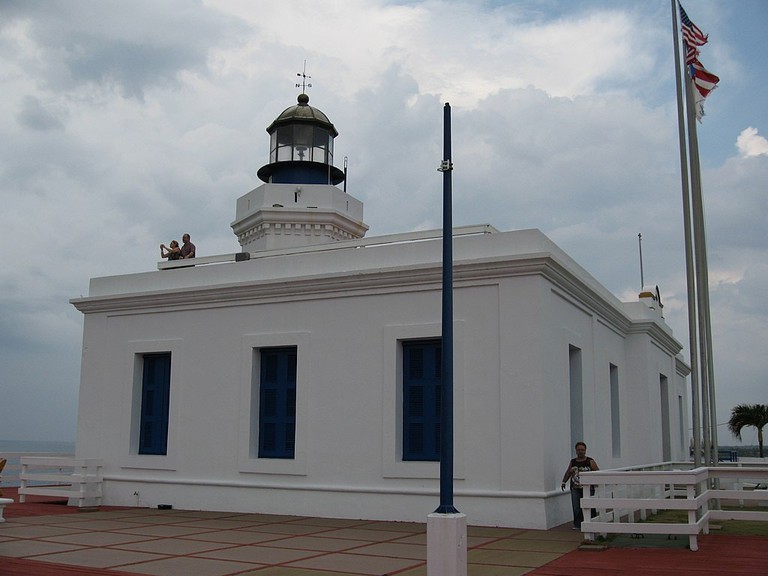 Arecibo Lighthouse, Puerto Rico | © Darwininan / WikiCommons
Los Morillos Lighthouse by Arecibo is another lighthouse that was built by the Spaniards, this one in 1898. On the main floor there are displays of marine artifacts like an antique diving suit, harpoons for whaling and huge old anchors. Depending on conditions, sometimes the spiral staircase to the top level is open, and you can see for miles. It is a great place to take photos.This is a wonderful place to take the kids for an educational visit. Immediately inside the gate is a model of a Taino village. Along the trail heading up to the lighthouse you can usually see turtles, sheep and other animals, and you will probably see iguanas wandering the grounds. After you tour the lighthouse, tour the aquarium and museum to learn a little more about life on the sea. It is small, but fun. There are mock-ups of ships on which visitors can climb and take pictures, and a recreational area with playground equipment and a small water park. Food vendors are on site, mostly only on the weekends or high tourist season, so you can make a day of it. 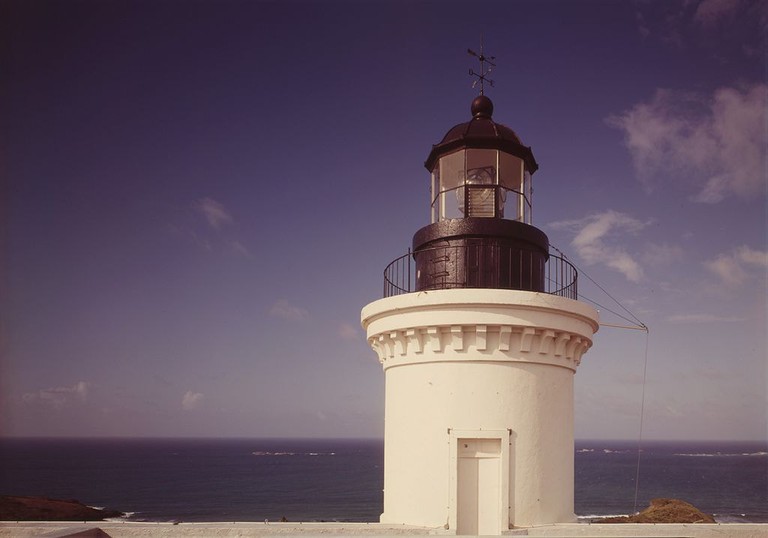 Fajardo Lighthouse | © Jack Boucher / WikiCommons
This lighthouse was first lit in 1882. In 1898, during the Puerto Rican Campaign of the Spanish-American War, the lighthouse played a crucial role in the Battle of Fajardo. Due to its location within the the Las Cabezas de San Juan Nature Reserve, visiting is a good chance to also see the rare flora and fauna at the reserve, as well as the bioluminescent bay and research center. You can also find several different ecological systems, including beaches, coral reefs, and dry forests. You will notice that the Cabo Rojo, Arecibo and Fajardo lighthouses all have very similar construction. 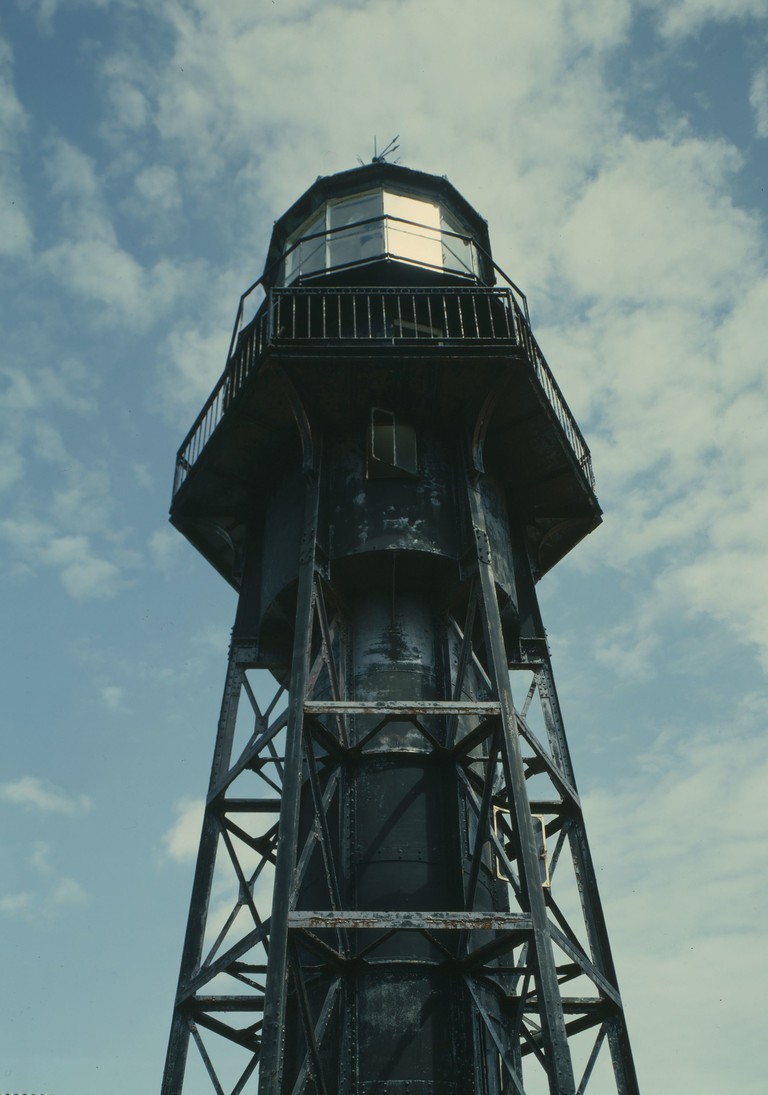 Mona Island Light | © Jake Boucher / WikiCommons
Faro de la Isla Mona, Mona Island Lighthouse, was the first of two lighthouses on Puerto Rico built by the US government, and it is the only lighthouse of steel and iron construction, giving it a much different look than other lighthouses on the island. Isla Mona is remote and very rugged, so the island itself does not get many visitors and as a result, the lighthouse is not well-maintained and is in serious disrepair. There were two sets of plans drawn up for the lighthouse on this small island. The first was a large structure that would house up to three keepers, but the terrain of the island, which is very porous and brittle, would not be stable enough for something this large and heavy, thus the reason for the metal structure of the second plans. While it made sense from the aspect of weight, everyone knows that metal and sea air do not mix, and it is one of the main reasons for its deterioration. The lighthouse was first lit in 1900 and was automated in 1973. In 1976 the light was deactivated and replaced by a modern beacon. If you are a lighthouse enthusiast, despite the rugged terrain, this is still one you want to see because of its unique structure and history. 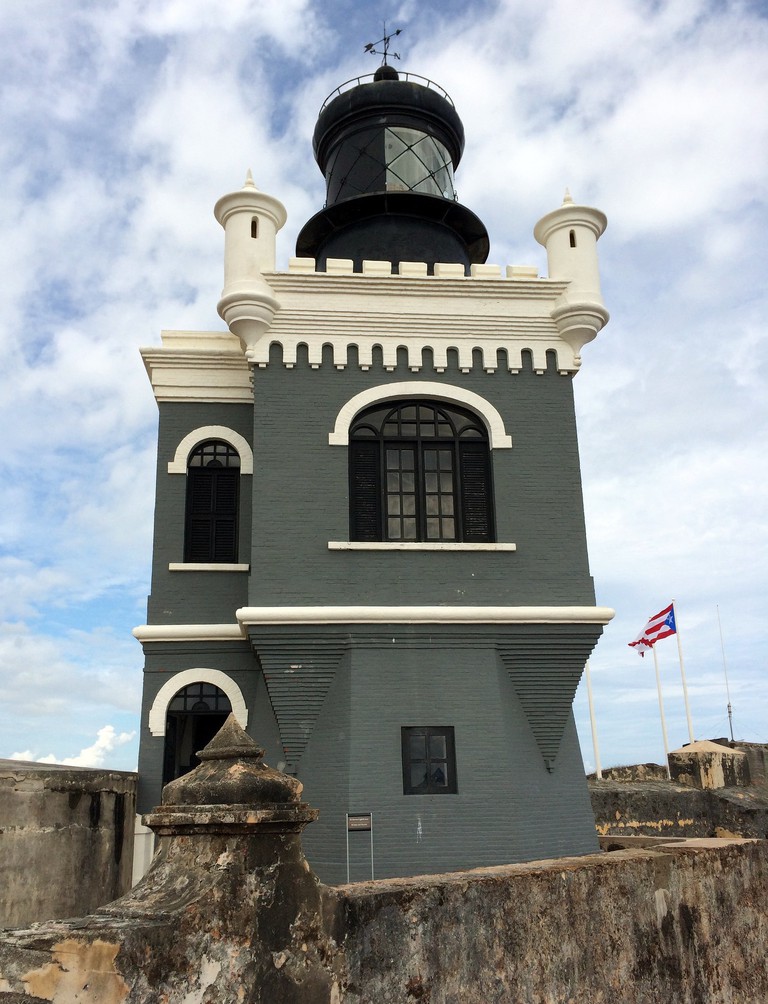 Note the sentry box replicas on the Felipe del Morro lighthouse | © Jared / Flickr
Castillo San Felipe del Morro Lighthouse is one of the most popular attractions in Puerto Rico and a notable architectural landmark. Several lighthouses have been built at the castle, because the previous ones had been damaged or destroyed for one reason or another. The lighthouse is a standout feature of El Morro, and it isn’t always part of the castle’s tours, so visitors that get to see the structure up close have a great opportunity. Lighthousefriends.com explains that “Work on Castillo Felipe del Morro, the fort on the northwest corner of the Islet of San Juan, began in the 1500s, but the structure was modified over the following 400 years to keep pace with new military technologies. Originally six feet thick, the fort’s outer walls had grown to their current thickness of eighteen feet by the end of the 1700s. The fort (…) has six levels and rises to a height of 145 feet (44m) above the surrounding water. The dome-covered sentry boxes found on many angles of the fort are known as garitas and have become a symbol of Puerto Rico.” 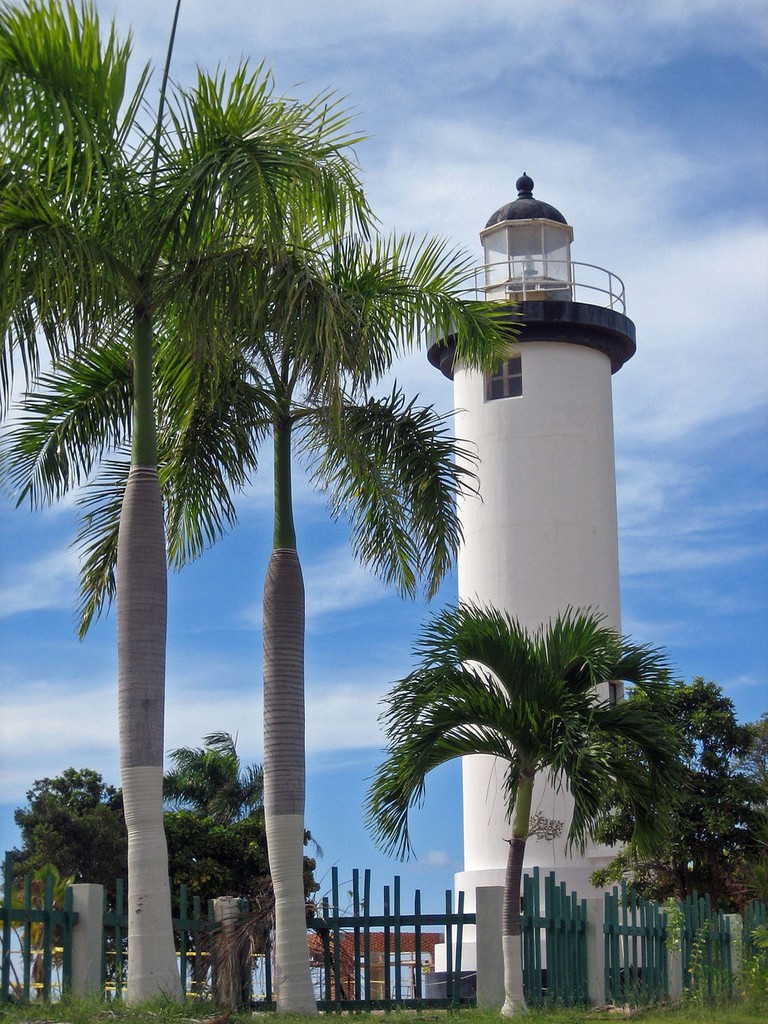 Rincon Lighthouse | © Oquendo / WikiCommons
In the western town of Rincón, which is known as a prime surfing town, is the Punta Higüero Lighthouse. Built in 1892 and activated in 1893, this lighthouse is still in use, and from its location it guides ships in the Isla de Mona Passage. The earthquake that destroyed nearby Punta Borinquen Lighthouse in 1918 (the ruins are available for tour if you call ahead) did damage to this Mediterranean-style structure and the original structure was deemed unsafe, so a new lighthouse was built. There were more earthquakes over the next few years, one of which in 1919 broke a mantle and extinguished the lamp for a time. The lighthouse is now automated and is still a popular tourist attraction in El Faro Park for those who want to catch some epic views and do some whale watching, and the park itself is very popular among surfers.
Give us feedback