How to Celebrate Christmas In Puerto Rico 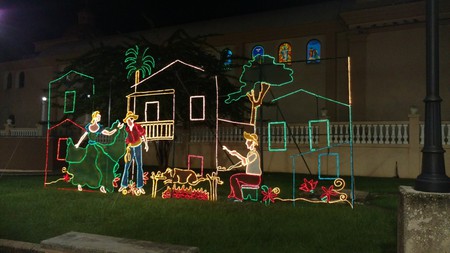 How do you celebrate Christmas in Puerto Rico? The answer is simple. You relax and enjoy the important things in life – food, drink, music, dancing, beauty, and laughter – and, most importantly, you share them with the people you love. If you love Christmas, you will love celebrating it in Puerto Rico.

The celebrations start in early December, or even in late November with Thanksgiving, and they continue through to about mid-January, when the San Sebastian Festival, or SanSe, is held in Old San Juan and brings the festivities to a close. Let us share some tips with you to help you enjoy your best Christmas ever, and your best vacation ever, in Puerto Rico.

Almost every municipality will have a holiday festival where people gather in the plaza to enjoy food, drink, music, dancing, and each other’s good cheer. Occasionally, the municipality will provide a holiday meal, such as a pig roast. People will travel across the island at this time to join in the different festivities. The unofficial closing festival of San Sebastian is an enormous event throughout Old San Juan. This four-day event features food and drink and music, as well as many vendors and artists. When most of these festivals were started, they had a religious orientation, but many have lost that facet while they continue to celebrate the beauty of life. 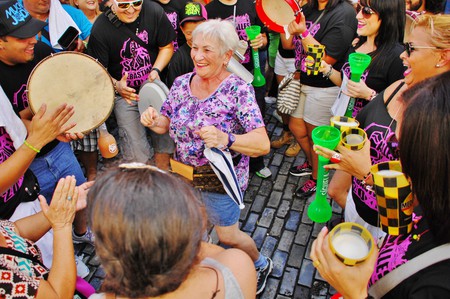 Another fun event that takes place in Puerto Rican neighborhoods during the Christmas season is parranda, which is like Christmas caroling. Friends and family gather with voices warmed and instruments – tambourine, güiro, maracas, pandeiro, cuatro – in hand, and head to another’s home. The idea is to surprise that household, so the group sneaks up as quietly as possible and then bursts into song, the later in the night, the better, in an attempt to catch the unknowing party asleep. The music is always jubilant and upbeat. That household will share refreshments with the musicians, then join the group to bring the party to the next house, so the group gets bigger and bigger as the night goes on, many going on until dawn.

As with festivities around the globe, food is the centerpiece of holiday celebrations, and Christmas food in Puerto Rico is tremendous. Family tables will be filled with morcilla (blood sausage), longaniza (a Spanish sausage), pernil (marinated slow-roasted pork) and pasteles (a dish similar to tamales). Casserole dishes of arroz con gandules (rice with pigeon peas) and arroz con dulce (sweet rice) are sweet and savory accompaniments, and desserts like tembleque (coconut pudding) fill in the gaps.

A special Christmas drink is coquito, which is Puerto Rico’s version of egg nog. The recipes vary as widely as those for rice dishes, but a simple one is made with coconut milk, cream of coconut, sweetened condensed milk, and evaporated milk with a little vanilla, a dash of cinnamon, and rum, although the rum can be left out for a kid-friendly variety. 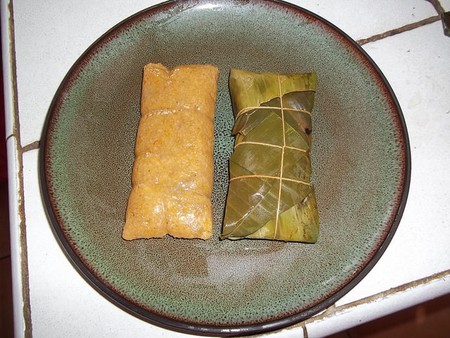 Pasteles, eaten in Puerto Rico at Christmastime | © US Department of Agriculture/flickr

Pitorro is another traditional Christmas drink. Pitorro is Puerto Rican moonshine, which, of course, is illegal, but everyone seems to have a connection to get the powerful clear liquor, and then they add their own fruit to make different flavors. As the island is so abundant with fruit, you will find pitorro with mango, parcha (passionfruit), coconut, quenepa, and coffee, as well as many more variations. If you are at a party that has multiple flavors, be careful when trying to taste them all.

The people of Puerto Rico celebrate on Christmas Eve and Christmas Day, but this is not the day they exchange many gifts or have the biggest party. That is saved for Three Kings Day, which coincides with the Epiphany. Children in Puerto Rico grow up knowing that Santa is just a fictional character, and that the ones who bring the gifts are the Los Reyes Magos, who are the biblical Magi or the Three Wisemen who brought gifts to the manger when Jesus was born.

After Christmas, you will find many statues of the kings adorning households and businesses. On January 5, Los Vispera de Reyes (“the Eve of Three Kings Day”), children cut grass and put it in a shoebox under their beds. This is for the camels to eat when they bring the kings to their home, as when other children leave cookies and milk for Santa. On January 6, Puerto Rico explodes with joyous Christmas cheer, but it is not just this one day: January 6 is the day of celebration for Gaspar, January 7 is for Melchor, and on January 8, Baltazar is celebrated. 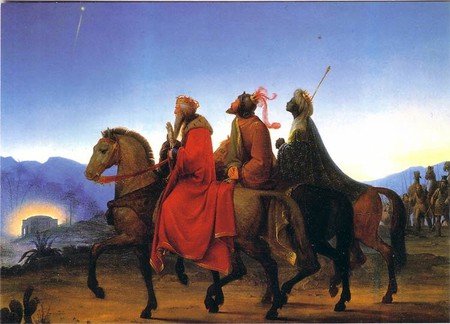 If you want to experience Christmas in Puerto Rico, but prefer to stay in just one place, book a stay in Old San Juan. The city is amazingly beautiful at this time of year, with many colored lights and decorations. You can attend mass at one of the oldest churches in the Western Hemisphere, then enjoy some traditional Christmas food at one of the many fine restaurants. In mid-December, a local yacht club hosts the lighted boat parade, so find a spot near the water and enjoy.