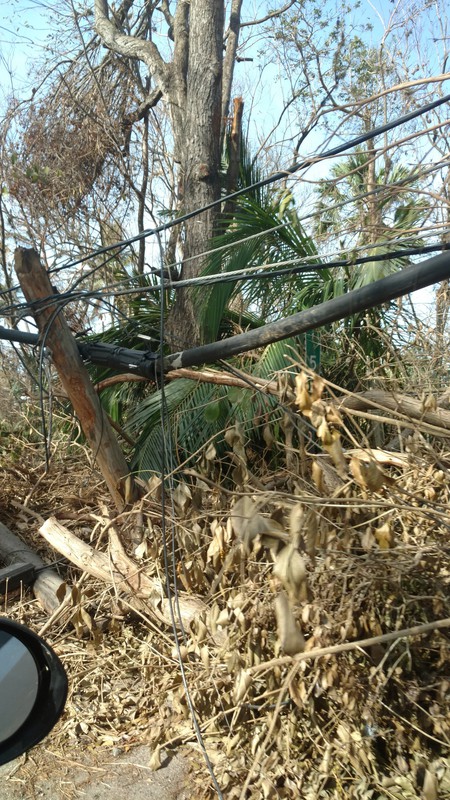 Despite the country’s varied terrain, rock climbing has not taken off hugely in Puerto Rico, but one motivated climber harnessed his passion and made a real difference after Hurricane Maria.

Climber Bryant Huffman is the founder of Climbing Puerto Rico, a guide service that takes visitors on some unique adventures in rock climbing on the island. When he came out of his home after the passing of Hurricane Maria on September 20, 2017, he looked at the devastation and decided that he needed to help. He grabbed some of the tools that he uses to clear areas for climbing, including a chainsaw, and started cutting up downed trees and limbs and helping to clear the roads and people’s yards and homes. Huffman said in an interview with Outside TV that it was as if the island was hit with a “nuclear bomb of water and wind.”

Huffman quickly realized that he could use more than just his tools to help his island and the people on it. He rallied his fellow climbers, and together they used their skills, strength, energy, and determination to climb in areas that others could not reach, as well as climbing trees to aid in their felling, which then cleared the way for other workers to come in to restore power and water. His crew had no training in debris removal, but they just worked “organically,” as he described it. You just start in one spot, and then keep going from there.

Alongside their rescue work, they made sure they still had time for leisure climbing, which usually meant putting in a lot of work to clear the way before they could return to their favorite spots. Conversely, though, when Bryant, along with his fellow climbers Jorge, Luis, Eduardo, Roberto, Carlos, Manuel, and Crystal, went to one of their favorite spots, they found that an area that had previously been covered in vines and not climbable had now been sheared off, and an awesome new climbing spot had opened up.

Huffman and his climbing friends are a perfect example of how the people of Puerto Rico came together and combined their strengths to help rebuild their communities. He believes that Hurricane Maria has a duality to its nature, and that from every worst-case scenario, something positive can come.