Fascinating Facts You Might Not Know About Puerto Rico 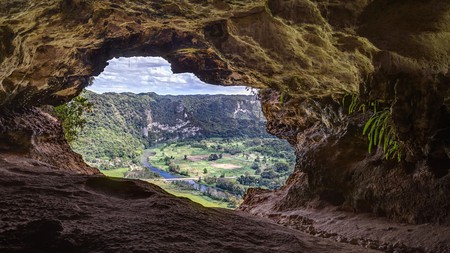 Puerto Rico is mostly known for its year-round sunshine and heavenly beaches. Yet, beyond the incredible landscapes and endless sun, the island’s rich heritage and hidden treasures prove it has so much more to offer.

From mystical caves to the largest rum distillery in the world, Puerto Rico invites you to experience the fun side of life. Here are some of the most fascinating facts you might not know about the island. Who knows? They just might inspire your next trip to the Caribbean.

San Juan, the capital of Puerto Rico, is the second-oldest European-founded city in the Americas. The historic district of Old San Juan, which is now a Unesco World Heritage Site, was founded by Spanish settlers exactly 500 years ago. Take a walk here today and you’ll find the colonial fortresses of El Morro and San Cristóbal, built by the Spaniards during the 16th century. There’s also the beautiful San José Church (Iglesia de San José) and its early Gothic facade, as well as some great beaches, buzzing cafes and modern art galleries. 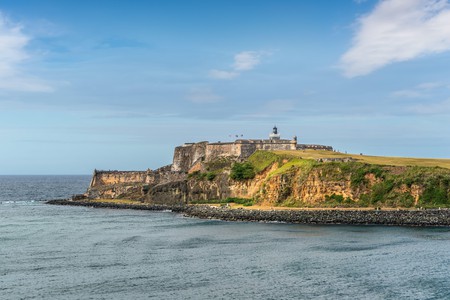 Puerto Rico is home to the brightest bioluminescent bay in the world.

There are only five bioluminescent bays on Earth and Puerto Rico lays claim to three of them: Fajardo Bioluminescent Bay, La Parguera and Mosquito Bay. Mosquito Bay, on the Island of Vieques, is the most luminous in the world; it has a special type of algae called dinoflagellates, or “dinos”, which can produce a burst of bright blue light. The bay temporarily lost its glow following Hurricane Maria back in 2017, but has since returned to its former splendor. Hop on a clear-bottomed kayak at night to view the waters in all of their shining glory. 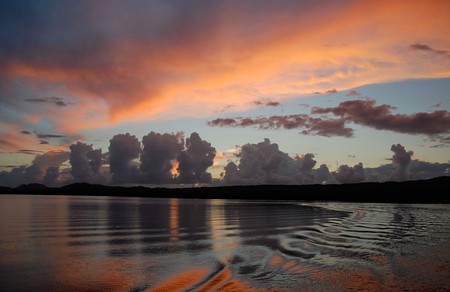 The only tropical rainforest in the US is found here.

Formerly known as the Caribbean National Forest, El Yunque National Forest is the only tropical rainforest in the United States. This Puerto Rican gem spans 28,000 acres (11,331ha) and boasts 240 different types of foliage, alongside rivers, waterfalls and bright green valleys. Follow one of the many hiking trails to go deeper into the rainforest; some of them could bring you face to face with exotic animals, such as the endangered Puerto Rican parrot and the Coquí frog. There’s also a zipline that transports you from one treetop to the next, letting you soar high among lush canopies.

The Guánica State Forest is a United Nations International Biosphere Reserve, not to mention one of the most extensive dry forests in the world. Its 9,000 acres (3,642ha) are home to more than 600 varieties of flora and fauna, which include 48 endangered animal species and 130 types of birds. Make the most of the 12 available trails and hike your way through the marvellous wildlife and abundant nature. 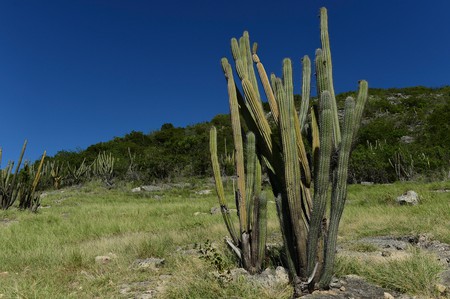 There are around 300 beaches.

With a Caribbean coastline of 270mi (435km), is it any wonder why Puerto Rico is a beachgoer’s paradise? The island has around 300 beaches to choose from, including the palm-fringed Flamenco Beach. Definitely visit Black Sand Beach in Vieques; not only are the sands truly black, but you’ll likely be visited by a wild horse or two as you sunbathe. If you’re a surfer, you’ll love the big winter waves at Domes Beach. Meanwhile, the natural cove of Mar Chiquita makes for an ideal Instagram snap.

Puerto Rico has the largest cave network in the western hemisphere.

If you want to try spelunking, there’s no better place than Puerto Rico. The island is home to the Cavernas del Río Camuy: the third-largest cave network on the planet. It occupies more than 286 acres (116ha) with 220 underground caves – and there are up to 800 more that haven’t even been explored yet. When you go underground, there are more than 10mi (16km) of mapped trails that you can stick to. Some are brimming with unique finds. Venture into Cueva Ventana to discover rock carvings by the Caribbean’s indigenous Taíno people; they depict gods and animals, and are thought to be several hundreds of years old. 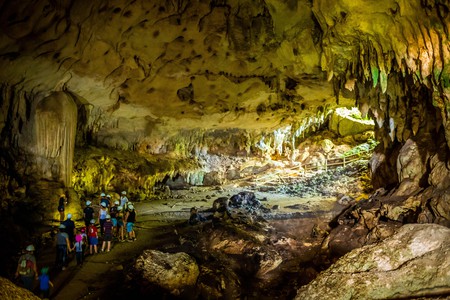 Dozens of islands make up Puerto Rico – and only three of them are inhabited.

While often referred to as a single island, Puerto Rico is, in fact, an archipelago. It’s comprised of three inhabited islands – Puerto Rico, Culebra and Vieques – and many more uninhabited ones. The undisturbed islands and cays can make for a fun day trip, filled with swimming and snorkeling in turquoise waters. Among the most beautiful are Isla de Mona, home to giant iguanas and sea turtles, and Isla Palomino, which is perfect for horseback riding.

Although the cocktail’s actual inventor remains a mystery, Puerto Rico is the birthplace of the Piña Colada. It’s also the largest rum producer in the world, with 86% of all rum sold in the US coming from the island. Famed spirits brand Bacardi has its biggest rum distillery here, too; it makes more than 100,000 liters (175,975pt) every 24 hours, which is nearly 85% of the company’s total rum output. Take a tour around Casa Bacardi to see where the magic happens and try a mixology class to make the perfect cocktail. 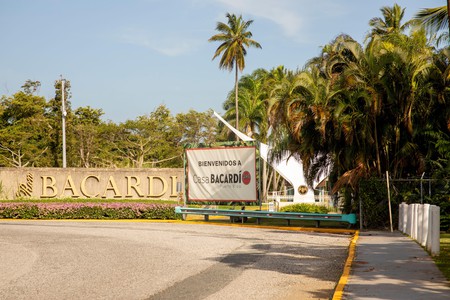 Casa Bacardi, near San Juan, will teach you how to make the perfect rum cocktail | © karenfoleyphotography / Alamy

You’ll find one of the most diverse cultures in the world here.

Puerto Rico is defined by its diversity: a fusion of African, Spanish and Taino Indian cultures. That comes through in all aspects of everyday life, from music to gastronomy. Once here, you can see, learn and practise traditional skills that have been perfected over generations. Among them is bomba, a style of dance music created by slaves in Puerto Rican sugar plantations more than 400 years ago. It’s a truly unique genre, as the rhythms of the dancers influence the musicians’ playing, not vice versa.

If you’re looking for an endless party, then Puerto Rico will be your paradise. It takes pride in having the longest holiday season in the world, hosting many prolonged festivals and celebrations during the winter months. The Puerto Rican Christmas, La Navidad, lasts for 45 days from November to mid-January. Part of the celebrations are the eight days of Las Octavitas, which culminate in Puerto Rico’s most vibrant festival, the Fiestas de la Calle San Sebastián, in Old San Juan. 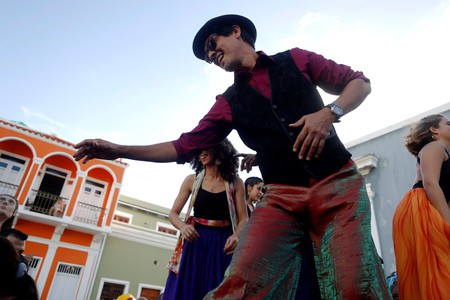