A Brief Introduction to the Piña Colada, from Old San Juan, Puerto Rico 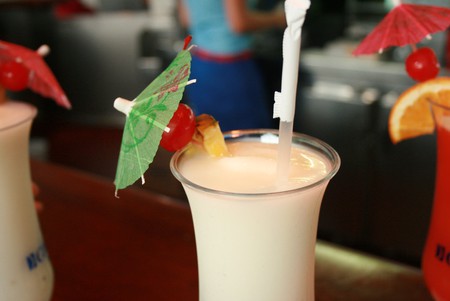 The piña colada is an internationally famous drink, but many may not know that it originated in Puerto Rico. However, it’s at this point that the history of the piña colada gets a little complicated, because while it’s agreed that the drink was created in San Juan, multiple people lay claim to its invention. Read on to find out what all the controversy is about.

The Caribe Hilton Hotel, one of the most famous in San Juan, is the location of two origin stories of the piña colada. On the one hand, the hotel alleges that the piña colada was first concocted in 1954 by a bartender named Ramon “Monchito” Marrero after he had worked for three months on a signature drink for the hotel, going on to serve the cocktail until he retired in the late 1980s. According to Hungry History, it’s said that the Hollywood actress Joan Crawford declared that the drink tasted “better than slapping Bette Davis in the face,” another screen legend she famously had a feud with. 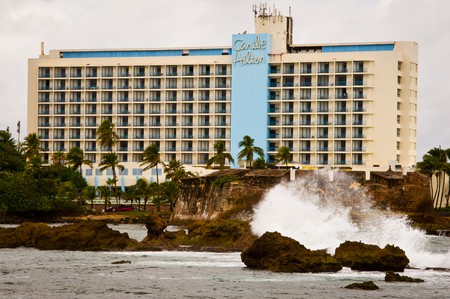 On the other hand, Ricardo Gracia, who was another bartender at the same hotel, claimed that he invented the drink in 1954, the result of innovation on his part due to a coconut shortage.

In a third version of events, the Restaurant Barrachina claims to be the birthplace of the piña colada and has a plaque at the entrance of the venue in commemoration of its invention. Apparently the owner of the restaurant convinced a Spanish mixologist named Ramon Portas Mingot in Buenos Aires to become the lead bartender, and it was he who first started serving the drink to its patrons in 1963.

While it’s not known, then, exactly who invented the famous piña colada, some things are sure. The drink is well traveled, has fans all over the world and was more than a passing fad. 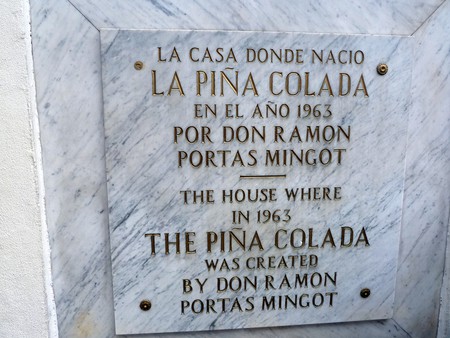 If you’re interested in trying a piña colada and don’t mind making one yourself, enjoy this recipe courtesy of The Latin Kitchen:

Add the rum, coconut cream, heavy cream and pineapple juice together in a blender. Add the ice and blend for about 15 seconds or until smooth. Serve in a 12-ounce glass. Garnish with a fresh pineapple wedge and a maraschino cherry. 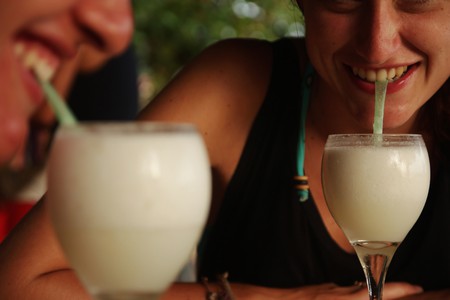