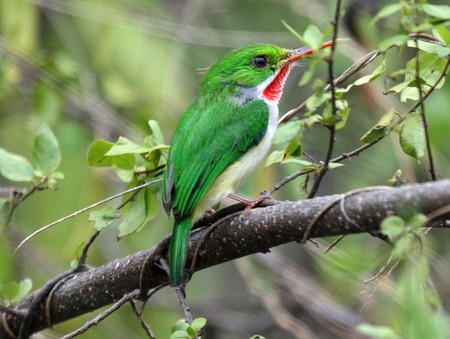 Puerto Rico is bursting with brilliant color. The trees, the flowers, the rainbows, and even the buildings are a tropical prism, and none shine brighter than the birds of the island. Puerto Rico is a great destination for birdwatchers, particularly in El Yunque National Rainforest and on the southern and southwest coasts, where many dry forests and wildlife preserves are located. Here are some of the interesting winged characters you will find on your next trip to Puerto Rico.

Perhaps the most stunning bird of the island, the Puerto Rican parrot, is found in El Yunque National Rainforest. At the time of the first Spanish colony in the early 1600s, there were believed to be a million parrots on the island, but over the years, as human population and deforestation increased, the numbers dropped drastically, until in 1973 there were only 13 iguacas, the Taino word for the parrot. The Puerto Rican Parrot Recovery Program was making great strides to renew the population and at last count, before Hurricanes Irma and Maria, there were almost 60 parrots in the wild.

After Irma, scientists did a count and found 31 parrots, but after the stronger and more devastating Maria, they were at first unable to find any of the wild parrots. Some of the parrots were located through the transmitters they wore, and were found dead. Many people helped in the search, reporting sightings to the scientists, as well as posting them on Facebook. As a result, more parrots have been located, and each day more return.

According to the Cornell Lab of Ornithology, there was not as much devastation on the west coast of the island. “Fortunately, the parrot recovery team had reintroduced a second wild population of parrots on the western side of the island, beginning in 2006. This reintroduced flock, living in the second-growth forests of Rio Abajo State Forest, fared better, as many birds found shelter in the hilly topography. At least 92 of the more than 130 parrots that lived around Rio Abajo survived.” 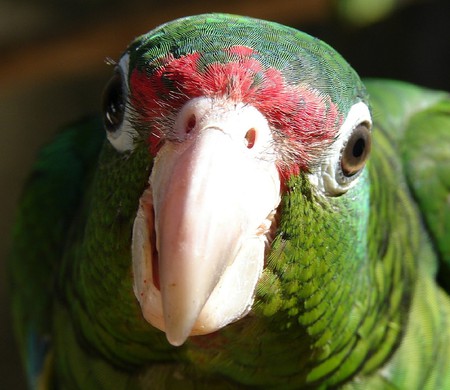 Also known as the Puerto Rican whip-poor-will, this small bird (with an average length of nine inches or 22 centimeters) can be found in the dry scrub forest in southwest Puerto Rico. Nightjars have been seen in the wildlife reserves of Cabo Rojo, the Susúa Forest, Guánica Dry Forest and Guayanilla Hills. Because it nests on the ground, the Puerto Rican nightjar does not have the vibrant colors that other birds of the island do. Their mottled browns, grays and blacks help them blend into the shrubbery of the dry forests.

These birds help keep the insect population in check by eating moths, beetles, mosquitoes, and other flying insects during their nocturnal activity. They usually breed during the months from April to July, and the males are the ones who incubate the eggs. 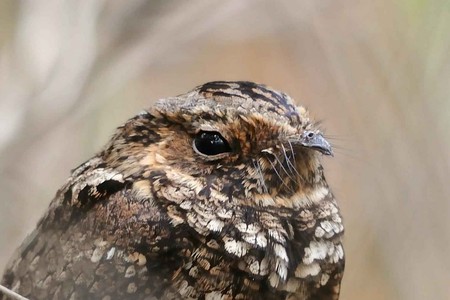 Found only in Puerto Rico, the Puerto Rican lizard cuckoo can be found in canopies throughout the coffee plantations and forests of the island, including Guánica, Guajataca, Vega State Forest, and El Yunque National Rainforest. While they are among the larger birds on the island at 16–19 inches (40–48 centimeters) long, they are difficult to spot due to their slow movement when searching for food.

True to the name, that food is primarily lizards, and the birds’ diet is supplemented with other large insects. In local slang these birds are sometimes called pájaro bobo mayor, or “big ape,” because their song sounds similar to a monkey. They are also known as pájara de lluvia or pájara de agua, “rain bird,” because it is believed their call is a forecast for rain. 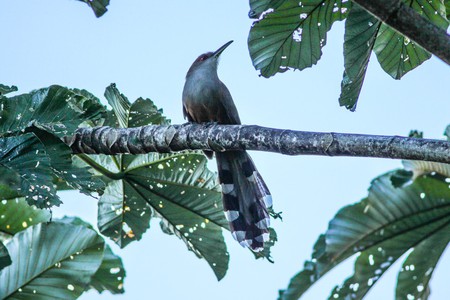 Another bird found only in Puerto Rico, including the eastern island of Vieques, is Adelaide’s warbler. Named for Adelaide Swift, daughter of the gentleman who located the first specimen, Mr. Robert Swift, this warbler is locally known as reinita mariposera, “butterfly hunter,” presumably because of its diet of caterpillars, as well as other insects.

Adelaide’s warblers have light-grey feathers with a vibrant yellow breast, a yellow line that goes from the beak to above the eye, and a white half-moon under the eye. These birds seem to thrive in nearly any habitat, but they are not found at higher elevations, and they are not territorial, living in mixed-species flocks. 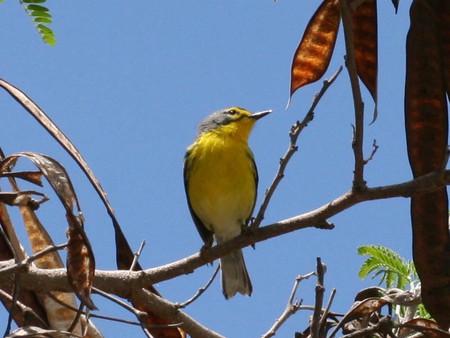 One of the most recent discoveries, and the only one in the 20th century in Puerto Rico, is that of the Elfin-woods warbler. So named because of its preferred habitat of the “elfin” or dwarf forests of the mountains, this bird was discovered in 1968 or 1969 (records vary) and was first recorded as a species in 1972. These lovely black and white birds mate for life, making cup nests in the cavities of trees, hanging vines, and in the dried fallen large leaves of the trumpet tree. 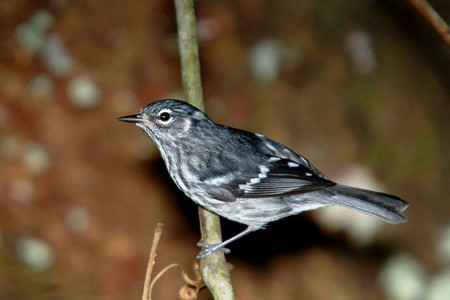 Discovered in 1800, the Puerto Rican bullfinch was once also found on the island of St. Christopher, but there have been no sightings there for a few decades, so today you will probably only find it on the island of Puerto Rico. The male is black with a bright red–orange throat, head, and tail coverts. Despite its dynamic colors, the Puerto Rican bullfinch is not often seen, and its presence is oftentimes only indicated by its cardinal-like call. Studies of the bullfinch have found that their primary diet is fruits and seeds, but they do occasionally eat insects and snails.

Researchers banded some of the birds and as they were studied throughout the years, it was found that they live an average of 10 years, and some were recaptured for as many as 15 years – a very long life span for birds in the wild. 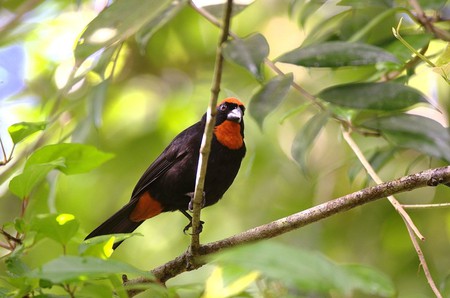 Once also found on the island of St. Thomas, the Puerto Rican woodpecker is now only found in Puerto Rico and is the only woodpecker found on the island. It is identified by its steel-blue back feathers and bright-red throat and breast, as well as the white mask around each eye and a white rump patch. These woodpeckers are fiercely territorial during breeding season, but in the non-breeding season, that year’s pairs will join up with others to form a flock. The males use their strong beaks to drill out a nest cavity in trees, as well as both male and female using them to drill for food.

Bones have been found that are believed to be over 2,000 years old, and interestingly, it seems that the size of the Puerto Rican woodpecker has decreased over the generations. 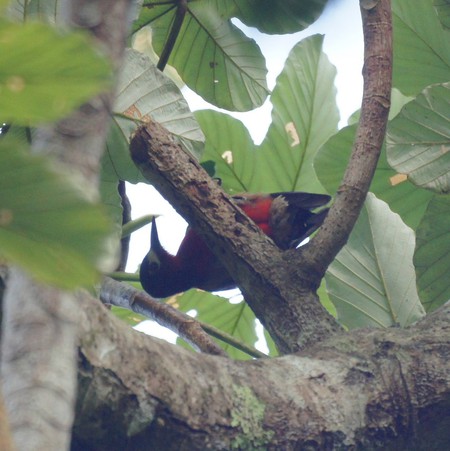 This vocal little bird is locally known as juí. Its call can be heard each morning bringing, as Puerto Ricans believe, both good news and bad. As the Cornell Lab of Ornithology describes it, it is “an unadorned but handsome bird.” As its name indicates, the mainstay food of this bird is insects, but they will occasionally eat fruit and seeds. The Puerto Rican flycatcher was originally discovered in 1866 and can also be found in the Virgin Islands. 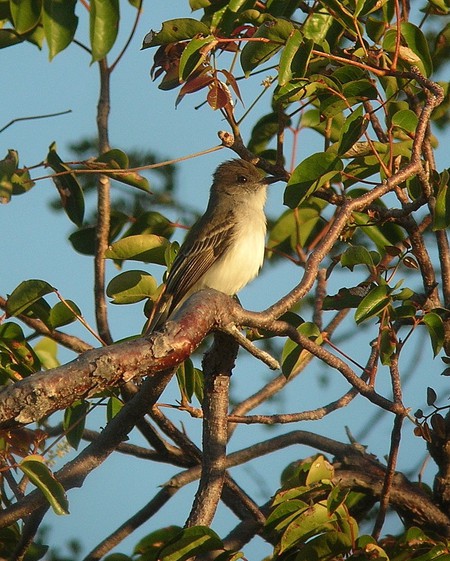 If you see a flash of orange, it may be a Puerto Rican stripe-headed tanager, also known as a Puerto Rican spindalis. This bird was beautifully painted by Mother Nature. The male has a green back and a black head with white stripes above and below the eye. It has a small yellow patch on its throat and a white chin patch, and then a breast of brilliant orange that fades to a yellow–orange–green hue. Its black wings with white pinstripes add flair.

A fruit eater, it can be found at any elevation where fruit is readily available. Mating pairs are known to be territorial, males having been observed fighting their own reflections during breeding season, but the US Forest Service also describes an action they call “mobbing,” where a group of stripe-headed tanagers come together to attack a predator. 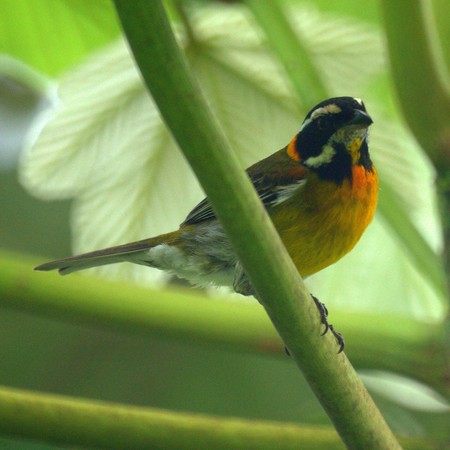