6 Photographers from Puerto Rico the World Needs to Know 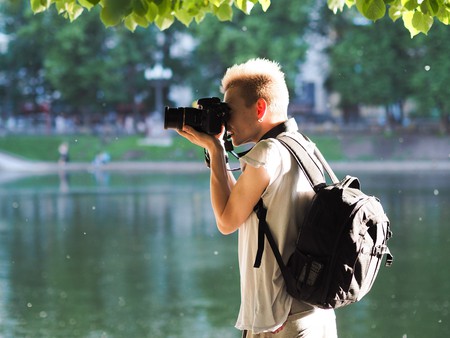 Professional photographers from Puerto Rico are making their mark with their images, whether published in print, online, or other platforms. These six photographers are taking some exceptional shots at weddings, fashion shoots and many other locations. Their work is so good that it may inspire you to try your hand behind the lens.

Camille Fontz is a notable engagement and wedding photographer in Puerto Rico, who’s been taking pictures of such occasions for approximately eight years. Fontz describes her style as contemporary and has already won numerous awards for her work. In addition, Fontz also has a blog where she shares pictures and tips; such as information on her favorite and most photogenic wedding venues in Puerto Rico. Check out some of Fontz’s beautiful snaps on her official website.

Based out of the East Village in New York City, fashion photographer Anaya-Lucca’s images have been published in Australian Vogue, French GQ, the New York Times Magazine, Interview and American GQ. She has photographed various celebrities, including Ricky Martin, Paul Rudd and international model David Gandy. Some of Anaya-Lucca’s most notable work has been for Polo Ralph Lauren, although he has shot for other clients like Calvin Klein and Bloomingdales. Take a look at his stunning fashion photography on his Tumblr and Instagram accounts.

#Teaser of My new shoot with @markstrikes Clad in @poloralphlauren 💣🖤

Manuel Rivera-Ortiz’s work focuses on portraits of the disenfranchised and poor. According to his website, “His photographic stories of hardship and hope in some of the world’s poorest nations serve as a testament to the life he himself experienced growing up in backwater barrios in Guayama, Puerto Rico.” Some of his images can be seen at the George Eastman House International Museum of Photography and Film and Columbia University’s Joseph Pulitzer Graduate School of Journalism.

Artist Victor Vazquez was a photography student under Jan Jurasek, also studying at the School of Visual Arts and the Maine Photographic Workshop. His work has been exhibited both at solo and group shows, with his awards including a fellowship from Seton Hall University and a Best Book Award from the Puerto Rico Chapter of the International Association of Art Critics.

The “Afros in San Juan” Instagram account is a project by photographer Valerie Moreno, which showcases Afro-Caribbeans in Puerto Rico and the diversity of the island’s population. Moreno began the project in August 2016 and aims to combat the singular way in which Puerto Ricans are presented. Head over to the Instagram account and check out the pictures.

A post shared by Photographing Afro Caribbeans (@afrosinsanjuan) on May 3, 2017 at 10:02pm PDT

Photographer Omar Robles takes pictures of ballerinas all over the world, which can be seen on his Instagram account. Many of the pictures he shares on social media feature ballerinas in everyday settings wearing casual clothing. Based in New York City, he aims to bring attention to ballerinas in Latin America, as he feels they can be overlooked compared to those from other regions.