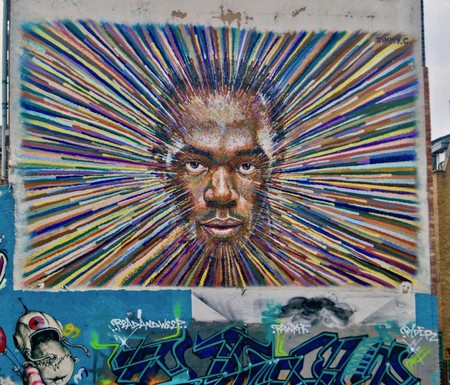 Jamaican superstar Usain Bolt, is known as the world’s fasted man and is the most decorated sprinter of all time. Bolt still lives and trains in Kingston, Jamaica and is occasionally seen about town; he somehow manages to be a global star and local boy all at once. Here, Culture Trip looks at the man behind the legend and discovers 11 things you didn’t know about Usain ‘Lightning’ Bolt.

Usain; Lightning Bolt; the big man; Bolt; this man is known by a number of names. What few people realize, though, is that his proper title is The Honorable Usain St. Leo Bolt OJ. He was awarded the Order of Jamaica or OJ, the equivalent to a British Knighthood, in 2003. 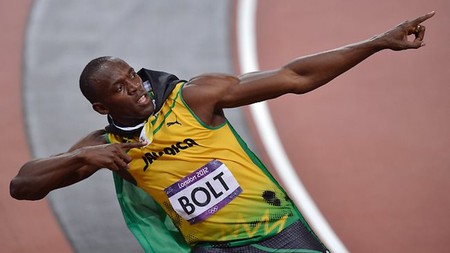 At the tender age of 15, Bolt won the 200-meter sprint at the World Junior Championships before a home crowd in Kingston. Bolt’s victory set him on the road to stardom as the youngest world junior gold medalist ever.

Former Jamaican Prime Minister Bruce Golding extended diplomatic privileges to the country’s hero, appointing him Ambassador at Large in 2009. Bolt has been given the right to be called ‘Ambassador’ and even to hold a diplomatic passport as Jamaica’s youngest ever Ambassador.

Faster Than The School Run

Unstoppable Even With An Untied Shoelace

Bolt broke his own 100-meter world record at the 2008 Beijing Olympic Games, running 9.69 seconds with an untied shoelace. Incredible.

He’s Got His Own Boltmoji App

Along with Kim Kardashian West and Justin Bieber, the world’s fastest man has his own emoji app available on both the App Store and Google Play. 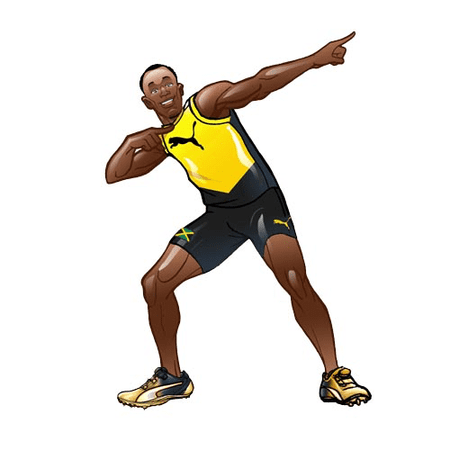 Faster Than A Dinosaur

If dinosaurs still roamed the earth, Usain Bolt would outrun them — that’s natural selection for you! Well, he would outrun them for the first 200 meters, anyway — after that, who knows? Apparently, a Velociraptor could reach 24.2 mph; a Dilophosaurus 23.5 mph; an Allosaurus 21 mph and a T-Rex a measly 18 mph — none fast enough to match Bolt’s 27 mph.

At the 2008 Beijing Olympics Games, Bolt ate 100 chicken nuggets a day. Maybe that’s? something only the fastest man in the world could get away with — or maybe the nuggets somehow compensated for the untied shoelace.

Despite being the world’s fastest man, Usain Bolt has never run a full mile, ever; he prefers short distances. However, if he were able to maintain his top speed of 27.73 miles per hour, he would manage a 2 minute, 9.8-second mile.

Bolt has his own Manchester United shirt and has spoken about secretly harboring a hope that the team’s coach will call him with an offer — perhaps the team could use his speed on the pitch.