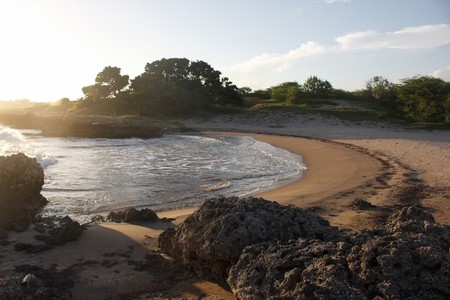 The beach outside Myco | © Eric Osborne

To many, the phrase ‘magic mushrooms’ conjures up images of technicolour hallucinations and illicit 1970s drug dens. Today, however, a growing number of people are turning to legal psilocybin retreats to combat mental-health problems, defeat addiction and overcome trauma.

The American-born founder of MycoMeditations tells Culture Trip that he first dabbled in mushrooms in his early 20s. Inspired by the restorative effect the drugs had on him, Osborne spent the next 15 years researching, experimenting and working with psilocybin, the psychedelic compound found in over 200 species of mushrooms. 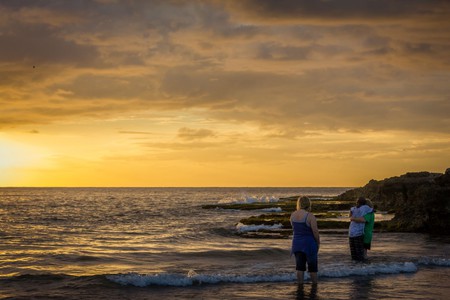 Clients in the sunset following a mushrooms experience | © Eric Osborne

Convinced the drugs have an unjustly ‘bad rep’, the 39-year-old explains how it feels like his life’s purpose is ‘to reclaim [the] legacy’ of magic mushrooms.

‘It’s not just a fun activity,’ Osborne says. ‘It’s a profound psychological tool and should be treated as such.’

Osborne has a simple answer for why people have not yet understood the ‘transformative effects’ of psilocybin: ‘[It] has to do with dosing,’ he explains. ‘A lower, “civilian” dose of one to three grams is just going to show you a good time. For most people, the more serious stuff doesn’t happen until you get into the 5-to-10-gram range. But it depends on the person. That’s why at Myco everything is personalised for each individual.’

Osborne opened the Jamaican retreat five years ago, both because he fell in love with the culture of the country and because it is legal to grow and use psilocybin there. Since then, he has devoted all his time to educating others about the compound and curating a unique experience for Myco guests. 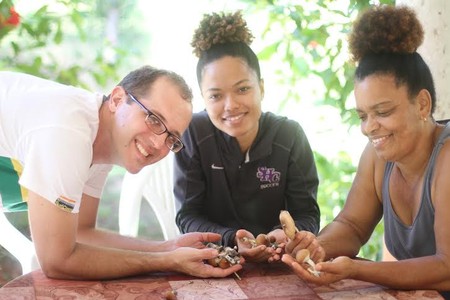 The seven-day retreat focuses on helping clients connect with and process trauma from their past that might be negatively affecting their present. Up to 20 people attend every session, and they will take four doses of mushrooms throughout the week.

Clients are prepped for their first mushroom trip with lectures on the history of psilocybin, from its pre-Columbian shamanic beginnings through to modern-day clinical work. After an intense safety briefing, participants will receive their first dose, which will be between one and three grams. The shrooms Osborne has on offer – a blend of Psilocybe cubensis and Psilocybe Mexicana – are cultivated, dried, ground and encapsulated on the grounds of the centre. Each capsule is half a gram, which allows clients to up their dosage very slowly throughout their time on the island. 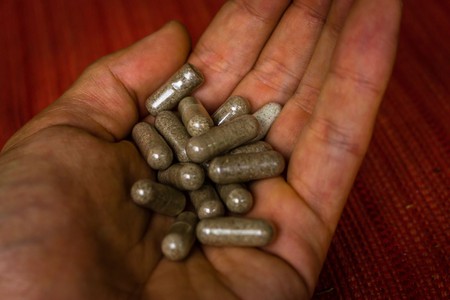 The mushroom trip will normally last between three and five hours, and is followed by what Osborne considers the most important part: processing. Once the comedown starts, there will be a period of time devoted to talking to other attendees and to Osborne about the experience, with guests opening up about what they learned and what they’re feeling. This is repeated four times throughout the week, interspersed with day trips around the island and massages.

We spoke with Troy Wythe Candor, a 32-year-old former Myco client. ‘It is no exaggeration to say that my MycoMeditations experience saved my life. It transformed me completely,’ he tells us.

‘I suffered from depression for 20 years,’ Troy, who had never tried mushrooms before Myco, continues. ‘I hadn’t felt positive emotions since I was a teenager or any sort of connection to other human beings. Psilocybin was my last hope after trying every other option for treatment. I went to Jamaica knowing if it didn’t work I would commit suicide, because I no longer wanted to live my life like that. Since Jamaica, I haven’t had a single day of depression.’

Stories like Troy’s may become more common in the not-too-distant future. There are numerous medical studies currently observing the effects of psilocybin as a treatment for depression. A clinical trial recruiting out of Johns Hopkins University states that ‘the primary hypothesis [of the research] is that psilocybin will lead to rapid and sustained antidepressant response.’ 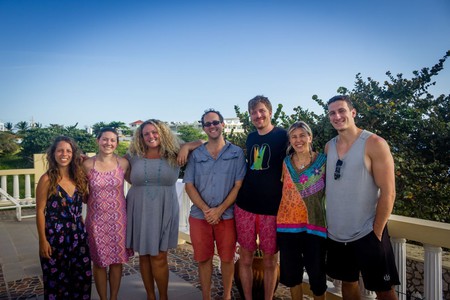 Eric and some of his clients | © Eric Osborne

Osborne spoke about what participants should anticipate from their mushroom trips: ‘Expect to have anything from a deep introspection on personal history to a profound spiritual experience. You may also relive some trauma. There are as many reactions as there are participants, but in my experience they’ve all had a deeply positive outcome.

‘What we see most often is that the psilocybin provides a third-person perspective and a fresh look on past experiences. Perspective is helpful to reassess personal trauma and reframe it in daily life.’

Troy found this to be the case. He says: ‘Each [of the four trips during the retreat] built on the last, moving me forward towards my final transformation. I felt a change in my perspective on life even after the very first three-gram dose, but the full transformation didn’t come until after my third dose, which was 10 grams. I felt like a different person. The effects of the psilocybin and the journey it took me on were undeniable. Everyone in my life who knew me before and after was amazed at how changed I was, including everyone at the retreat with me.’

Healing potential aside, however, there are still big concerns surrounding magic mushrooms, as bad trips can have severe consequences. A Los Angeles-based psychiatrist who chose to remain anonymous told Culture Trip: ‘During my time as a resident, I saw multiple people in the Emergency Room for psychotic episodes caused by mushrooms. As with any substance, different people will have different reactions, but with a non-medical drug the risk of this happening is far greater and can be dangerous.’ 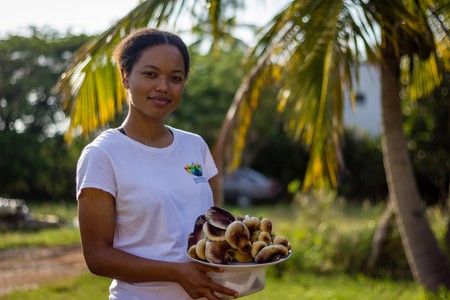 Osborne, on the other hand, is quick to assure us that a bad mushroom trip is nothing to fear: ‘I have been through and seen many myself… The crucial thing is that someone with knowledge and experience is there to reassure and comfort the person suffering, and to help them process afterwards.’

The Myco founder believes that psilocybin is ‘extremely safe physiologically, with no toxicity whatsoever’ and the that the potential gains far outweigh a few moments of discomfort.

‘Generally, even people who have been really unstable coming in have seen massive benefit,’ Osborne says. ‘We are there constantly with the individuals throughout the week and provide aftercare with an integration specialist.’

Once a year, Myco hosts an all-female retreat, with the goal to ‘give women a safe space to work through previous experiences.’

Whether through the retreats themselves or through his foundation, PLEDG (Psychedelic Liberation Education Discipline and Guidance), Osborne is a staunch believer in the importance of reframing psilocybin in contemporary culture.

The beach outside Myco | © Eric Osborne

‘What I would like the world to understand is that psilocybin is life-changing. Sadly, there is a still a misconception that it is unsafe. Many people even think mushrooms poison you or you’ll lose your mind doing them – both completely false assumptions,’ laments Osborne.

‘The truth is that people who use psilocybin therapeutically, without abusing it, have higher rates of stability than those who don’t. It can change lives for the better and I have seen it do so with my own eyes. I have yet to witness anyone try the drug who doesn’t come out the better for it. It might be challenging, but it’s always worth it.’