An Introduction To Ska In 10 Songs 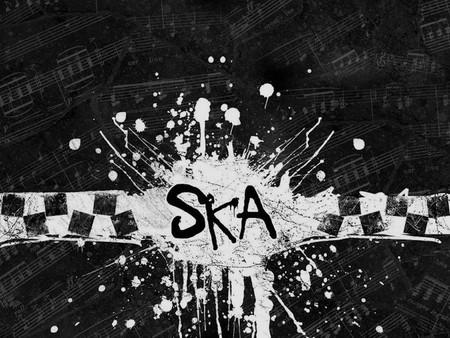 In the late 1950s, the influence of American jazz, blues and traditional R&B spread to Jamaica via radio. Artists such as Fats Domino were to become popular and much imitated. The Jamaican music scene, known for its daring innovation and as an incubator for new music genres did what it does best: modified and updated an existing genre to such an extent that a whole new genre was born – ska. By the early 1960s, the ska sound had been codified. It is characterised by introducing a guitar chop on the offbeat of a walking bass line, known as a skank, which is often preceded by a horn and followed by piano which picks up the bass line again. The skank or upbeat in ska can be heard in earlier genres of Caribbean music such as mento and calypso. Ska preceded, and went on to overlap with, rocksteady, reggae and dub and influenced US and European music in turn. Read on for our introduction to ska in 10 songs.

Later for the Gator – Willis Jackson

Cited by ska legend Prince Buster as one of the original ska inspirations, this song can be considered as the moment ska came into being. Willis Jackson was an American jazz saxophonist whose musical output inspired soul Jazz as well as Jamaican ska. This tune was picked up by Coxsone Dodd and Duke Reid in Jamaica, which guaranteed its popularity.

One of the early classic ska hits, this song by Derrick Morgan celebrates the 1962 independence of Jamaica. Morgan was one of the big names in Jamaican music at the time, frequently topping the charts. He worked with Desmond Dekker, Bob Marley and Jimmy Cliff, but Forward March remains one of his defining songs.

Another seminal ska track from one of the all time classic groups, Freedom Sounds by the Skatalites also celebrates Jamaican independence in true inspirational style. Produced by Duke Reid, Prince Buster and Coxsone Dodd amongst others, the Skatalites were a mainstay of the Jamaican music scene for many years. Their first performance in 1964 was at Rae Town – home to the legendary Rae Town sound system, which is still going strong today. Freedom Sounds is generally regarded as the Skatalites’ theme and has been reprised and reworked many times over the years.

Generally regarded as the first international ska hit, My Boy Lollipop is also unusual for being recorded by a female artist. Millie Small was a teenage Jamaican singer who recorded this track in 1964 for Chris Blackwell of Island Records. The track was originally a 1950s R&B minor success, but Small’s version made it (and her) famous, reaching number 2 in the US and UK charts. Small’s career was relatively short – partly attributed to her unusual vocals – but this remains one of the best selling ska tracks of all time.

This track, recorded in 1969 and released the following year in Jamaica and the UK, helped to launch the band’s international career when it was featured on the landmark Jamaican film The Harder They Come. Toots and the Maytals are one of the most important Jamaican bands of all time, recording the first song to use the term Reggay, more familiarly rendered reggae. Pressure Drop is listed in Rolling Stone magazine’s Top 500 Songs of All Time, and is according to songwriter Frederick ‘Toots’ Hibbert about karmic justice – a revenge song.

Inspired by the film Django which was released three years earlier, this track evokes the swagger of the spaghetti western star. At the time of this track, Perry (who went on to be a leading light in dub) was transitioning from ska into reggae and this remains as one of his last great ska recordings. The track was later used in a video game (Grand Theft Auto: London 1969) and was covered in the 2000 Leonardo DiCaprio film The Beach by Asian Dub Foundation. Most recently rereleased in 2012, the track is a perennial ska favourite.

The Specials were one of the leading bands of the UK ska revival of the 1970s and 1980s, a variation of ska known as 2 Tone. This, the first track from their debut album The Specials, is a cover of a 1967 Dandy Livingstone track and stands as one of the most popular ska tracks of the period. The Specials went on to have seven consecutive top 10 hits in the UK between 1979 and 1981. Their sound is infused with the political anger of the time and much less laid back than the Jamaican ska of the previous decade, although this album has undeniably Jamaican roots.

2 Tone Ska made the transition to the US music scene and is best embodied by The Uptones. Formed in 1981 in Berkeley, California, the band helped establish the genre in the US. They broke up after seven years, but reunited in 2002 and released the album Skankin Foolz Unite! in 2008. Bridging the 2 Tone and third wave ska sounds, The Uptones were regarded as a seminal band ahead of their time. Skankin Fool embodies pure energy and simply cannot be listened to sitting down.

One of the leading bands of third wave ska, Sublime’s debut album 40oz to Freedom is heavily influenced by Jamaican ska, hip hop, and dub. Sublime really became famous with their self-titled third album, but 40oz to Freedom remains to this day one of the highest selling independently released albums of all time. Badfish captures the spirit of the band and the essence of third wave ska – the reggae roots of the genre are evident in this laid back track.

This Australian ska band, formed in 1999, brings our list full circle with their strong jazz influence. Two Shoes, from their second album of the same name, was recorded in Havana, Cuba and demonstrates a strong Latin influence with dominant horns. That said, the track has a strong ska pedigree and pays tribute to Bob Marley’s legacy. The Cat Empire achieved platinum status with this album.