An Introduction To Reggae In 10 Songs 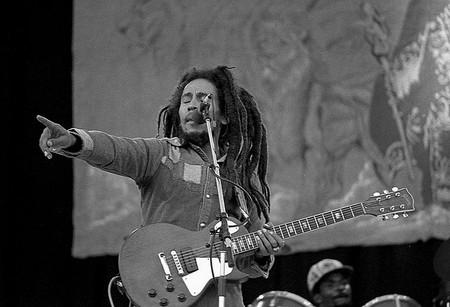 Reggae originated in Jamaica in the 1960s and evolved out of the musical genres ska and rocksteady, and incorporates elements of rhythm and blues, jazz, and other forms of African music. Known for its offbeat staccato chords and emphasis on bass, the genre is typically sung with Jamaican patois slang and comments on politics and social issues. The UK maintains a solid relationship with reggae and many artists spend time here to record and tour their music. Below is a brief blast of pivotal reggae musicians from the past and a few who are taking the genre into the future.

One of the key figures in the formation of reggae music, their 1968 track Do the Reggay was one of the first uses of the word that would soon title the genre. Monkey Man made them international stars by 1970. While signed to London based label Island Records, they released albums Funky Kingston in 1972 and Reggae Got Soul in 1975. They toured with The Who and were covered by The Clash and The Specials, however they never quite broke America in the way that Bob Marley and Peter Tosh did.

It’s impossible to mention Reggae without this man. His sound and image have become synonymous with the genre and he is credited with bringing reggae to worldwide audiences. It was while living in London he recorded his two most popular albums Exodus (1977) and Kaya (1978) and went on to sell over 75 million records. Since his death, he has become an iconic figure and a symbol of Jamaican identity. The band he recorded with for most of his career, The Wailers, still tour around the world to this day playing to crowds in remembrance of the legendary artist.

A close friend and core member of the Wailers with Bob Marley, Peter Tosh infused lyrics of social messages and politics and had a successful album release Catch a Fire. Following bad relations with the Island Records president, he went solo and gained successes, releasing seven albums in an 11-year period. A devout Rastafarian, he regularly expressed his views on stage. On the album Bush Doctor, he worked with Mick Jagger and Keith Richards of the Rolling Stones.

Ladies do reggae just as well as the men – proven by ‘The Queen of Reggae’ Marcia Griffiths. She is known for her smooth love songs and captivating live performances. She has been working in the music business for over 50 years and has done duets with Bob Andy and Bob Marley. Releasing 15 records to date Griffiths remains an enduring female presence in Jamaican music.

Dubbed the ‘Crown Prince of Reggae’ by none other than Bob Marley, Dennis Brown was one of the most prolific reggae artists in the genre, racking up over 75 records between 1970 and 2000. He continues to be an influence to many today in and outside of the scene. In 1978 he moved to Clapham Junction to relaunch his own DEB record label. After his death in 1999, a group of 50 UK-based musician recorded a medley of his tracks entitled Tribute Song, in honour of the great man.
https://www.youtube.com/watch?v=7s6u6lXzToA

Recording his first single when he was just 16, John Holt also enjoyed a productive career until his passing in 2014. Initially working in a band called The Paragons, they had a string of hits including The Tide is High later covered by Blondie and Atomic Kitten. During the 1970s he went solo and became one of the biggest stars in reggae. He recorded an album of covers that included tracks by Diana Ross and Billy Joel. His style is known to be slower and more romantic than many of his contemporaries. The UK jungle scene revitalised his track Police in Helicopter, when Top Cat heavily sampled it creating a 1990s anthem of the same name.

The eccentric producer is famous for creating innovative techniques and sounds with his tracks. In his early career, he worked with most of the artists on his list at some point and went on to pioneer dub music. Dub is a subgenre of reggae, which involves less vocals and more focus on effects and percussive elements. In the 1970s, Perry built his own studio in his garden to enable greater freedom with his work. Here he was able to experiment with many sounds and ideas without outside influence. Since then, he has worked with the likes of the Beastie Boys, Moby and Keith Richards and toured recently in 2013.

The children of Bob Marley, each has enjoyed success in their own right, never riding on the achievements of their father. Damian’s Welcome to Jamrock hit No. 7 in the US album charts and features collaborations with hip hop superstar Nas. Stephan co-wrote and produced parts of the album. Damian also worked with US pop star Bruno Mars in 2011. Ziggy Marley and his band the Melody Makers have had albums in the US charts numerous times and also as a solo artist. Ziggy is notable for his URGE foundation and other charity work with children in Jamaica and Africa. It should be noted that Bob’s other two sons, Julian and Ky-Mani, have also received sporadic successes as reggae artists.

One of the new generation of reggae stars making waves in and outside of Jamaica, Protoje’s Kingston Be Wise was a Youtube hit in 2012 and later featured on one of the best selling video games of all time, Grand Theft Auto V, increasing it’s popularity further. He released his third album in 2015 and regularly tours the UK.

Born in Sicily, Alborosie started a reggae band when he was 15 years old and always had a passion for reggae music. In 2001, he moved to Jamaica to get closer to the roots of the genre and Rastafarian culture. He has released 10 albums to date and was the first white artist to win a MOBO award in 2011. He has performed all over the world, including most of Europe and Jamaica.