A Brief History Of Rastafarianism 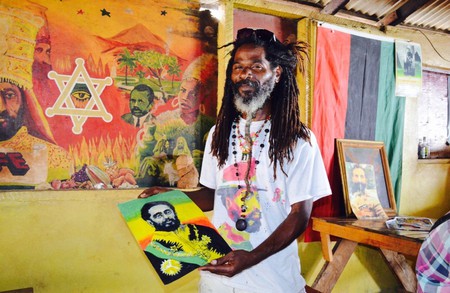 Rastafarianism is a small but distinctive religious group based in Jamaica, yet despite its modest size it has achieved significant global consciousness — principally through cultural symbolism and music. Read on as Culture Trip charts the fascinating history of this culturally significant religious movement.

One of Jamaica’s national heroes, Marcus Garvey, created the ‘Back to Africa’ movement and is regarded as the first person of color to create a mass movement to promote the destiny of the peoples of Africa. During the 1920s, Garvey made frequent reference to the future crowning of a king in Africa. Garvey’s ideas gained a lot of traction among the poor communities in Jamaica, and amongst black movements in the U.S. and U.K. The crowning of Ras Tafari Makonnen as ruler of Ethiopia in 1930 was interpreted by some as the fulfillment of Garvey’s prophecy. Makonnen ruled as Haile Selassie took other titles, such as the Conquering Lion of the Tribe of Judah. Meanwhile, in Jamaica, the movement that had interpreted Garvey’s words as prophecy, and Haile Selassie’s crowning as fulfillment imbued these events with religious significance; and so they named their movement after Selassie’s birth name, Ras Tafari. 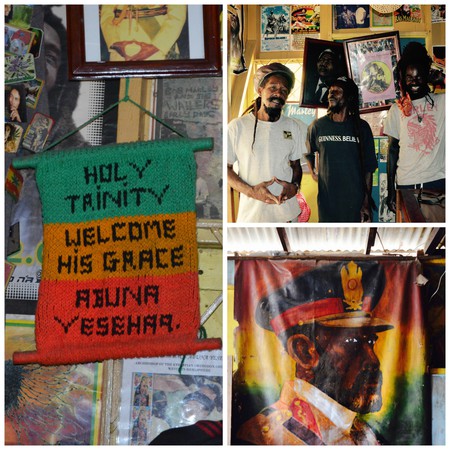 Early Rastafarianism centered around black power and deposing white rule but quickly evolved along peaceful lines, making specific reference to biblical texts and the principle of equality in the eyes of God. Garvey’s words inspired a number of movements of which Rastafarianism is just one, although Garvey himself was never a Rastafarian. Similarly, the Ethiopian Orthodox Christian Selassie, believed by Rastafarians to be the physical representation of God (Jah), was somewhat bemused by the divine status afforded to him, even going so far as to actively deny it. Furthermore, Garvey himself didn’t think highly of Selassie.

Despite this, the tenets of Rastafarianism had taken hold in Jamaica and the movement endured. Developing the biblical references, Rastafari refer to the idea of Zion as either Ethiopia, the birthplace of mankind, or as a spiritual concept to be achieved. In contrast, Babylon is often used to refer to the corrupt materialistic world or mental state that should be left behind.

Haile Selassie, claimed by some to be a direct descendant of King Solomon, gave land in Ethiopia to Rastafarians that chose to return to Africa; a small community of Rastas continues to exist in Shashemene today. It was Selassie’s April 21st, 1966 visit to Jamaica that legitimized Rastafarianism in the eyes of many and paved the way for this small religious group to step into the mainstream. 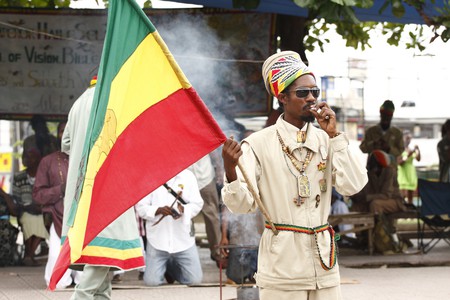 Jamaica had established a strong musical tradition that also had its roots in Africa. A number of Jamaican musicians were adherents of Rastafarianism and took up the symbology in their music, with the most famous being reggae artists Bob Marley and Peter Tosh. Global awareness of Rastafarianism spread with the popularity of reggae during the 1960s and 1970s; today, roots reggae continues to make heavy use of Rastafari symbology.

Other cultural symbols became embedded in the religion and the music, such as the use of African Nyabinghi drums; the smoking of cannabis as a form of communion with God; the wearing of locks in the hair and images of the Lion of Judah and of Haile Selassie. The colors of red, green, gold and sometimes black are ever present in Rastafarian imagery, having been taken from the Ethiopian flag. Rastafarians follow the i-tal vegetarian diet, the purpose of which is to maintain a clean and pure body and mind.

In Jamaica today, Rastafarianism is alive and strong but is still a minority religion. Despite this, the symbology of Rastafarianism is disproportionately visible through music and art. There are many small Rasta communities all over the island that are welcoming to visitors and those wishing to learn more about this fascinating religion. Beyond the shores of Jamaica, there is the small community at Shashemene in Ethiopia and many adherents within the global Jamaican diaspora.