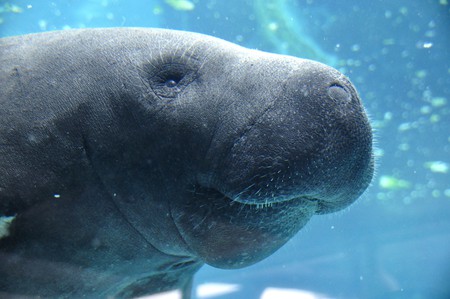 Most visitors to the island of Jamaica don’t come explicitly for the wildlife; culture and beach vacations are probably the two most compelling reasons to visit. However, Jamaica has a rich flora and fauna on most parts of the island. Here are some of the most wonderful animals you’ll find in Jamaica.

The sea turtle is an endangered species in Jamaica, but one that has found some much needed protection at the Oracabessa Bay fish sanctuary. The leatherback sea turtle comes ashore on Jamaica’s north coast to the east of Ocho Rios in order to lay their eggs. Nesting usually at night, the turtle will crawl ashore and dig a small hole in the sand in order to lay the egg. Approximately 60 days later, the hatchlings will emerge and attempt to make their way to the sea. In the best protected areas, the baby turtles have the sand smoothed for them by conservationists who also conduct a health check on the new arrivals. Certain hotels, such as Jamaica Inn, on the north coast offer specific turtle-viewing experiences that can be a magical way to engage safely with this wonderful species. 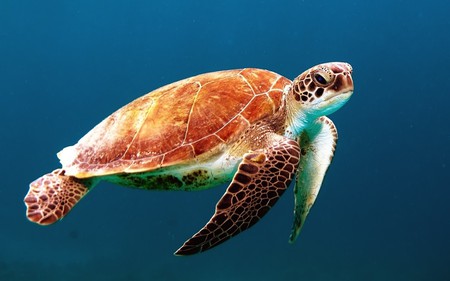 This large elegant bird can be found in small numbers across the island. There are two main species, the barn owl and the Jamaican owl. Unfortunately, some Jamaicans harbor a superstition that the owl is an omen of death (a superstition common to some other parts of the world) and so stone the owl if they see it. Stoning aside, the barn owl is a beautiful ghostly white creature that glides low through the night sky. When the moon is bright, the owl takes on an eerie glow and can often be seen perched on posts and trees in the hilly green neighborhoods surrounding Kingston. The Jamaican owl by contrast is tawny brown and has long ear tufts. Locally known as a Patoo or Potoo, the Jamaican owl is endemic to Jamaica and is particularly common in the mountains to the east of the island. 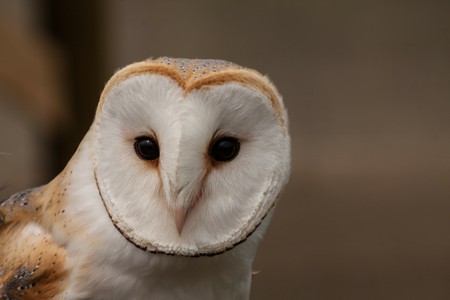 Jamaica has a small population of American crocodiles that dwell on the south coast. Adults can grow to six meters long and 2000 lbs but are more commonly half that size. Preferring saline brackish water along coastlines, the crocodile population is mainly concentrated around the south east of the island near Black River, but some can also be found near Hellshire in the south east. Persecuted until 1971, the crocodiles are now protected and making a slow recovery thanks to some dedicated conservationists. Some hotels and tour operators will organize a ‘crocodile safari’ for visitors, often centering around Black River and Treasure Beach for those who are determined to see these ancient and protected creatures. Visitors to the north coast might want to check out the Falmouth swamp safari where the famous crocodile scene from James Bond film Live and Let Die (1973) was filmed. 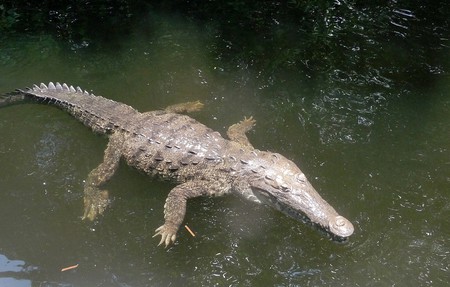 The mongoose was introduced to Jamaica by the government in 1872 in order to combat the rat population that was playing havoc with the sugar plantations. The mongoose, a fearsome hunter, was massively successful in its mission, but then went on to decimate the ground bird population and some indigenous snakes and lizards. Within 20 years, this fluffy creature was regarded as a pest and one that had spread pretty much across the island. It is highly likely that visitors will spot a mongoose at some time during their stay. Recognize it by its grey fur and black-tipped feet and tail — it’s a little larger than a grey squirrel. They can often be spotted scurrying across roads in urban areas. 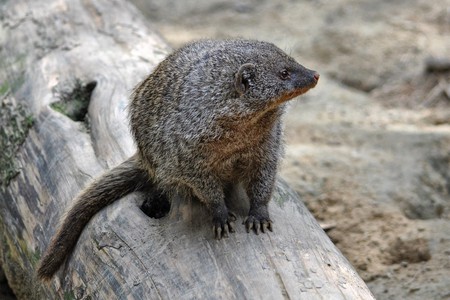 The endangered manatee enjoys shallow brackish coastal waters, especially where rivers flow into the sea, thus providing a source of drinking water. These large gentle creatures, often known locally as sea cows can weigh 1000 lbs and measure one to four meters in length. They breath air, and so surface frequently, meaning that if manatees are nearby, it is likely you will spot them. It is also possible to swim with the manatee — they pose no threat to humans, eating only plants. Due to their habitat preferences, manatees are most common on the south-west coast of Jamaica where rivers feed into wetlands but are occasionally sighted on the north coast too. Small in number, they are protected by law and closely monitored. 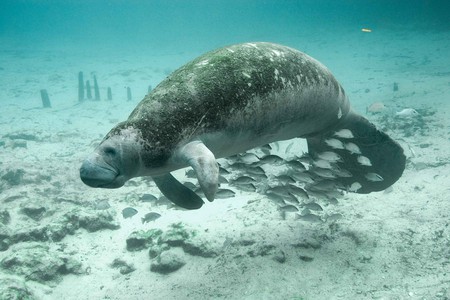 One of the least popular visitors to Jamaican homes, the Jamaican lizard can be found everywhere. There are two main types, one green and one a strange, translucent, skin color that sends most people running. They aren’t dangerous, but they do have a way of creeping up on unsuspecting people and even jumping on them from up high. Seen from a short distance, these lizards are endearing little creatures with quick eyes and an amazing ability to jump. They are usually only four to five inches in length and generally scurry away if a human gets too close. At night, the lizard can often be heard emitting a deceptively loud repetitive screeching “ack” type noise. In fact, so loud is the lizard’s screech that it is hard to believe the creature is truly responsible. They’re easy to spot though — just sit still outside for a while — failing that, just listen for the after-dark screech, and try not to freak out. 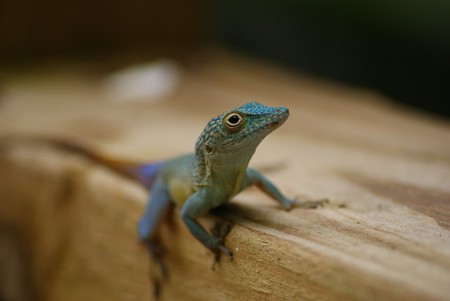 Lizard | © Jannes Pockele/Flickr
Give us feedback