This Is How To Survive Accidentally Falling Off A Cruise Ship 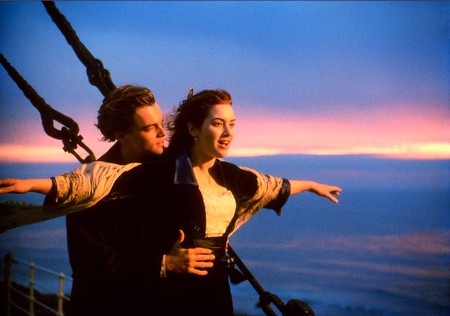 You might think that it will never happen, but we’ve all seen Titanic.

And just in case you’re one day stuck on a sinking cruise ship with no lifeboats and no way off, don’t you want to know how to survive?

Firstly, being in this situation is pretty unlikely. Ships are safer than they’ve ever been before, and are fully equipped with hundreds of functioning lifeboats, trained staff and safety drills. Jack and Rose didn’t have those luxuries, sadly. 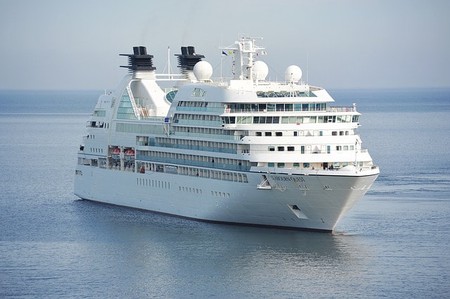 Would you jump off a cruise ship? | © susannp4 / Pixabay

So what happens if you theoretically need to jump ship?

The world record for highest diving height is 192 feet, held by Red Bull extreme athlete Laso Schaller, who entered the water at 76mph.

Speaking to Thrillist, Stefanie Linder, a rep for the World High Diving Federation, said she would never recommend a civilian trying to copy Schaller’s feat and that diving even from 90 feet would be way too much. ‘The body is exposed to enormous forces,’ she said, ‘especially during entrance into the water.’

So get down from that top deck as soon as you can, to give yourself a fighting chance of entering the water without injury. The moment that you come into contact with the water is the most dangerous, as your back is compressed upon entry. Linder said: ‘While the parts of the body under water are in highest deceleration, the rest of the body above the water is still in full acceleration.’ 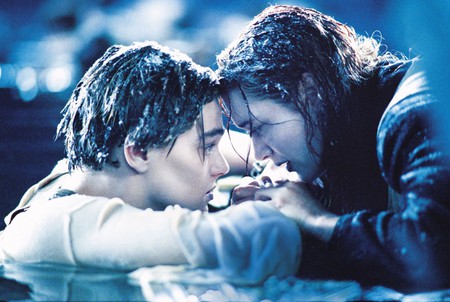 You also should never dive head first, to protect your skull. Check for any obstacles, such as fallen rubble or other people in the water, and aim for the clearest, deepest water you can.

Worryingly, even a short jump could be dangerous if executed poorly. If you try a belly flop from a tire swing, say, and hit the water at the wrong angle, you risk torn muscles and ruptured ear drums. ‘You will probably feel pain even from three feet,’ Linder said.

Rose and Jack followed these rules to the letter (apart from the hand-holding, which was perhaps ill-advised but necessary to give them the strength of mind to take the plunge).

The Royal National Lifeboat Association recommends wearing a life jacket at all times, as trying to stay afloat without any assistance will tire you out fast. They also tell you not to panic at the shock of the cold water, which can be scary. Don’t try to swim immediately – let your body adapt to the temperature first. They also advise staying calm and finding something to hold on to, to help you float.

Ultimately, you want to try and get into a lifeboat. Take a tip from Rose and blow the whistle that’s attached to every life jacket as loudly as you can.