Art in the Caribbean has been significantly influenced by the diverse origins of the people living there. Thousands of years of indigenous habitation followed by waves of immigration and the influx of slaves from Africa, as well as the influences of European colonialism, make Caribbean art tough to define.

As most Caribbean islands now have a mixture of African, Asian, Middle Eastern, and European heritage, the resulting art is a hybrid of all of these diverse influences. Caribbean artists now combine and adapt to all of these influences to create their own unique and distinct styles, but there is also a semblance of unity in their art through the portrayal of the physical, social and cultural elements of the Caribbean environment. The following four artists are the perfect example of this unique fusion. 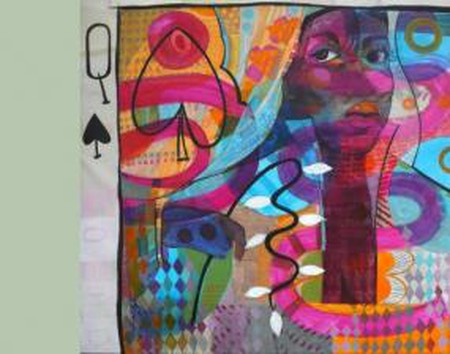 Although she was born in the UK, Kate Spencer has lived in St. Kitts since 1978. Living and working on an old sugar estate in the North of the island for years, she is now considered one of the most prolific artists in the Caribbean. Spencer returned to the UK for a few years to study Interior Design in London and then moved to Florence, Italy, where she studied Figurative Art at the Cecil Graves Studio. In 1990 she returned to St. Kitts, but found it difficult to make a living from painting, so she set up and ran a design business where she designed and sold fabrics, paper products, prints, mats and other gifts. After years of more commercial products as well as painting, her paintings gained more leverage and publicity. Now she is a full-time painter and sells a range of paintings depicting the Kittitian landscape, lifestyle and people in boldly tropical colours. 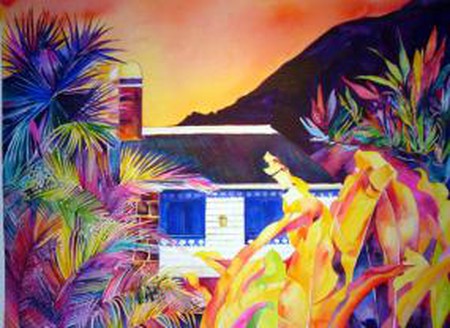 Originally born in Holland, where she obtained a degree in Fine Arts, Heleen Cornet went to the Caribbean to teach her craft. In 1986, she moved to Saba to be an art teacher and eventually made the island her home. Cornet opened a gallery with her husband and drew the illustrations for publications related to the region’s marine parks. Her work shows an experimentation with watercolour and oil paints, which lead her to discover the ‘advantages of watercolour canvas’. Heleen is inspired by the rainforests, religious symbolism and the underwater world that are found in the environment of Saba. She has spent a lot of time painting en plein air, sometimes even camping in the forest for weeks at a time, resulting in works that capture the dramatic turns of nature and the reflection of light around her. 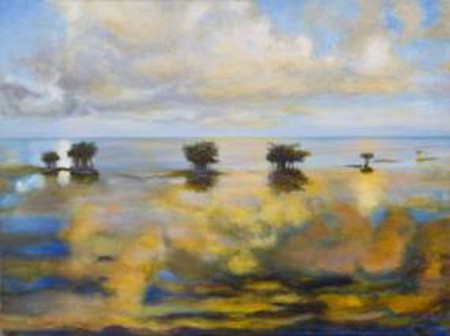 Having lived a diverse life in the arts, Sally Stryker is now an accomplished dancer, singer, actress and painter. In 2001, she started exhibiting her work and travelling between her studios in New York and St. Barts. Her style could be described as impressionistic and abstract, using predominantly oil colours to portray natural Caribbean scenes of the seascapes and water; she also paints some portraits. Her paintings reflect a very magical light, capturing the natural aquatic colours of the waves that are the subject of most of her art. Her other paintings share a similar quality in their soft and blurry complexion. Stryker’s paintings have been exhibited worldwide. 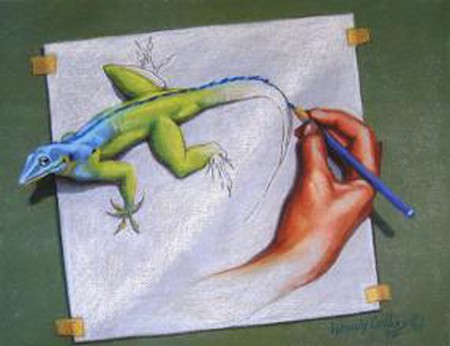 Wendy Collins is an American ex-pat living a quiet life of painting on the island of St. Eustatius. After obtaining an extensive art education, she began her professional career as an artist in the 1970’s when she started painting portraits at a hotel in St. Martin. Collin’s paintings, many of which are portraits, are straightforward in their style and capture faces and personalities. Her nature scenes, on the other hand, are quite ethereal, conveying deeper spiritual elements through still life portrayals. Collins’ work often contrasts natural colours with brighter shades, making each stand out in its respect.