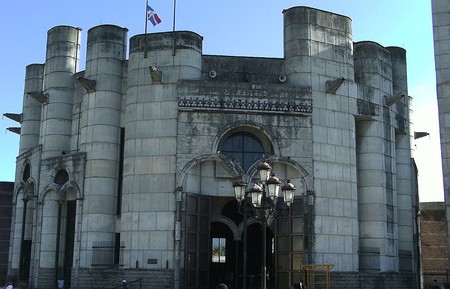 Ruinas de la Vega Vieja is located between Moca and La Vega in the Dominican Republic. The original town and fort, Fuerte de la Concepción, was built by Christopher Columbus in 1494 and to this day it is still studied by archaeologists, who are fascinated by the excavated foundations. It holds historical importance for its role in colonisation, and is also famous for its architectural monuments and religious pilgrimages.

La Vega Vieja was founded in 1494 by Christopher Columbus, and is one of the oldest settlements in the New World. La Vega Vieja prospered from 1505 to about 1510, when Spaniards were attracted here by its abundance of gold nuggets that were found in the Rio Verde. The settlement lasted until December 2, 1562, when an earthquake devastated the area and turned it from a functioning community to the ruins it is today. There is a small museum at the back of the site that contains Taíno and Spanish tools, such as weapons and ceramics. Taíno was the name given to the original inhabitants of the Dominican Republic before European invasion. 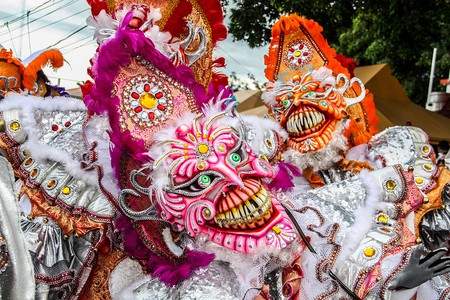 Modern-day La Vega is also well-known for its carnival, El Carnaval de la Vega, which features haunting devil masks made of papier-mâche. The masks are intricate, fancy gargoyles, painted in many different colours, with spiked horns and real cow’s teeth. The art of making these masks is a local tradition and the skills are passed down from generation to generation.

About three miles north of La Vega is Santo Cerro, a holy mount where many local pilgrimages occur. Here you can find the Convent of La Merced and have an amazing view of Cibao Valley. The town also has a church, called the Concepción de la Vega, which was built in 1992 to celebrate the 500th anniversary of the discovery of America. The architectural design of the church is a modern Gothic style, featuring curvy concrete columns, arches and buttresses.