A Brief History of Pirates in the Bahamas 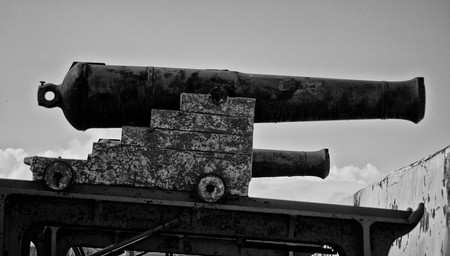 The Golden Age of Piracy lasted from about 1690 to 1725 and, during that time, the Bahamas had the greatest concentration of pirates of any other Caribbean country. The Bahamas’ location put it next to busy shipping lanes, which gave pirates an ample supply of victims, while the surrounding waters were too shallow for man-of-war ships used by the Navy – but they were just perfect for the shallow draft vessels favored by pirates. Read on to learn more about the history of piracy in the Bahamas.

Fort Montagu is the oldest fort still standing in the country’s capital city of Nassau. It is located at the eastern end of Nassau Harbor, standing along the waterfront, and was used to help defend the island from pirates between the years 1690 to 1720. This fort saw the most combat of all the forts in the Bahamas, and was seized and retaken multiple times, by the Americans, the Spanish and the British. 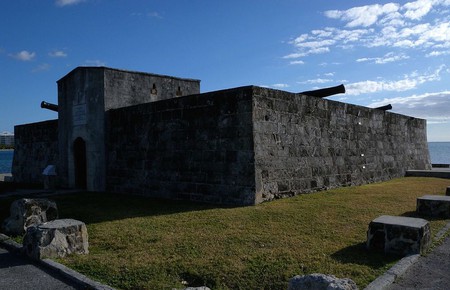 This is the largest fort constructed to help protect Nassau from invading pirates. It has several areas and interior rooms to explore, as well as historical displays. One of its best features is the view of Nassau, and you can overlook the harbor and spot all the cruise ships as they come and go. Standing at the top, it’s easy to imagine a time when that same harbor was filled with pirate ships carrying stolen treasures and looted gold.

On the Bahamian island of Andros, the highest point is called Morgan’s Bluff, in honor of Sir Henry Morgan, a Welsh privateer famous for his attacks against the Spanish. He had launched many successful attacks – one of then, on Panama City in 1670, was so successful it even earned him knighthood. Morgan’s pirating career came to an end a few months later, however, when he became Jamaica’s Deputy Governor and a rich sugar plantation owner. This area overlooks the Andros Barrier Reef and provides a nice view of the ocean. The beach below is also ideal for picnicking and swimming, particularly for families, as the water is shallow and calm. 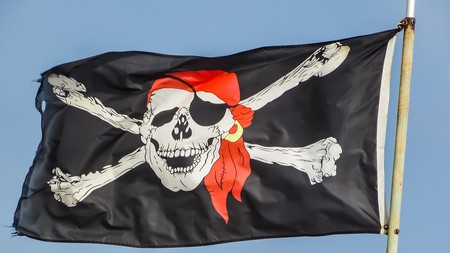 An example of a Jolly Roger, the flag hung on pirate ships | © dimitrisvetsikas1969 / Pixabay

At the Pirates of Nassau Museum you will get to see what types of weapons pirates used and how they were executed. You’ll also learn about some of the wildest and most beloved pirating legends, such as Blackbeard. The experience takes place on a replica of Blackbeard’s pirate ship, The Revenge, and includes a variety of attractions and activities, including skits that tell the story of piracy in the Bahamas. 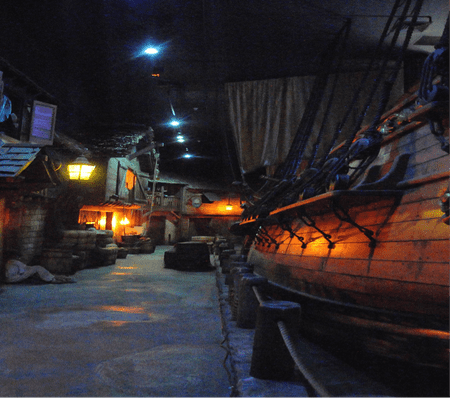 Edward Teach, more famously known as Blackbeard, is by far the most notorious pirate to have lived in the Bahamas. Blackbeard’s pirating career lasted about five years, and it is estimated that in that time he captured about 40 ships. He died at the hands of the Royal Navy’s Lieutenant Robert Maynard in 1718, after allegedly taking five bullets and 20 cutlass wounds. He was then decapitated and his head was displayed on the ship’s rigging.

John Rackham, commonly known as Calico Jack, was a quartermaster for another pirate, known as Charles Vane. When one day Charles Vane failed to attack a French man-of-war, Calico Jack got so annoyed with this decision that he attempted mutiny against Charles Vane. Calico Jack met his end in 1720 when he was attacked by a pirate-hunter under the orders of the Royal Governor of the Bahamas, Woodes Rogers, and was arrested, sentenced and hung.

Anne Bonny and Mary Read were two of the women to become famous for their pirating adventures during the Golden Age of Piracy. Both joined Calico Jack’s crew by dressing up and pretending to be men. They became known for their short tempers and were said to have been just as fierce as the men who fought beside them. 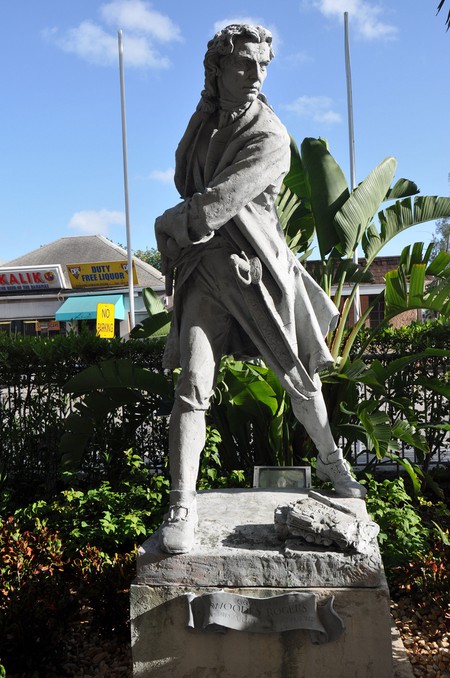 Woodes Rogers statue in Nassau, Bahamas
Give us feedback