Why Thai Police Officers are Now Banned From Wearing Sunglasses 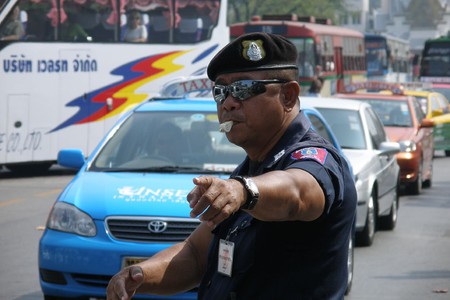 The dress code of Thai police officers is now in focus after a letter issued by the police bureau reminded them of the standards they needed to uphold — with sunglasses one of the main offenders. However, that’s just one of many rules they’re being made to follow.

An internal letter that was circulated by the Metropolitan Police Bureau went viral in Thailand after one of its bullet points stated that wearing sunglasses on duty was forbidden. The rule, created by Deputy Chief of the Royal Thai Police, Pol. Gen. Chalermkiat Sriworakan, was brought in after he deemed many of the colourful lenses and frames that officers were wearing were inappropriate, and he took the opportunity to remind officers that sunglasses aren’t a prescribed piece of the police uniform.

In an attempt to further justify the ban, he then went on to state that the fact the sunglasses obscure the face makes it intimidating for members of the public. Officers complained that such a ban would have a negative effect on their productivity on sunny days, but such complaints have fallen on deaf ears, and the ban remains in place. While such a ban might seem strict, it’s just one of a number of other rules Thai officers must follow when it comes to their appearance.

As well as male officers having to keep their hair trimmed short, they’ve also been ordered to keep their body language in check in order to avoid expressing “inappropriate attitude” in public. Casual behaviours such as crossing arms, leaning, standing with hands in their pockets and sitting with legs crossed have all been called out and criticised as inappropriate, as has the use of rude or offensive words. Thai police officers are expected to portray an image of “men of discipline”, and the crackdown on so-called “inappropriate attitudes” is expected to help promote this image. 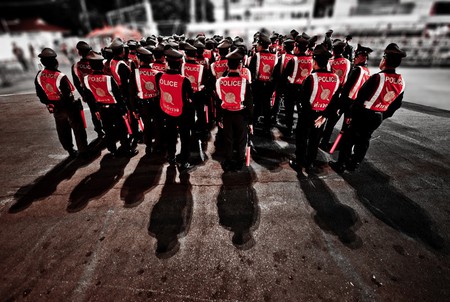 Police have been warned about their body language | © Mike Behnken / Flickr

While such rulings might be seen as petty by many, they’re being treated as a big deal by those in charge at the Royal Thai Police. An officer’s following of the new dress code rules and posture practices are to be considered in their annual evaluations, so it’s important that they’re heeded. As well as this, supervisors are to be reprimanded if they fail to keep their officers under control, so it’s more than likely that any trips to Thailand in the future will provide the comical image of police officers struggling to keep the sun out of their eyes on patrol. 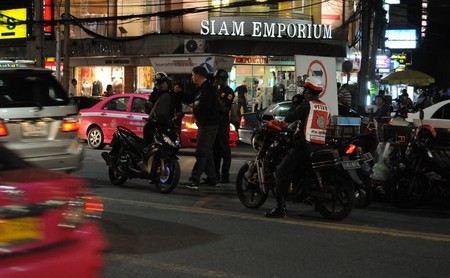 Police in Bangkok | © Sam Sherratt / Flickr
Give us feedback