Why Thai People Are Obsessed With Soap Operas 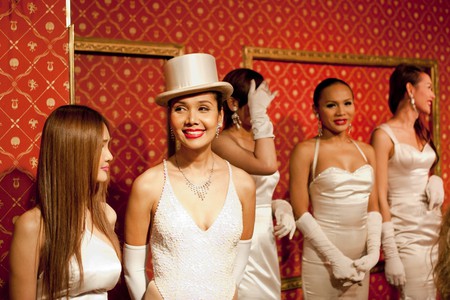 Nowhere in the world do people love their soap operas (soaps) more than in Thailand. This national addiction runs generation deep and comes with bells and whistles, quite literally as the sound tracks are infused with various honking and bleeping noises intended to spur the audience along. In this article, we shed some light on Thailand’s flamboyant obsession with soap operas.

Thais joke that they have three pastimes, that is, eating, sleeping and watching Thai soaps. If you have spent any time in Thailand you’ll have noticed there may be some truth in that sentiment. Originally Thai soaps (also called lakorns) started on the radio and graduated to ‘the box’ not long after the advent of the television. In the 1950s Thailand’s love of soaps got into full swing, thanks to American broadcasting. Today Thailand’s television channels are over flowing with Thai soaps that usually last two hours including advertisements, with a series lasting roughly three months, airing two to three episodes per week. Series re-runs fill up the day time hours, whereas new episodes battle for prime-time viewing. Thais often have both a loyalty to their favourite soaps and their favourite characters. 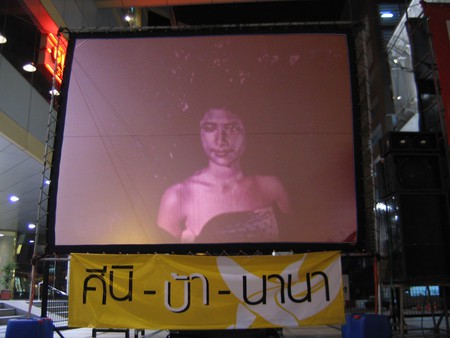 Thai soaps often represent Thai culture and society, they show relations with seniority, parents, monks, religious festivals, love, food, death, superstition and ghosts. Most characters and plots are similar in Thai soaps, generally the soap will include, a beautiful milky-skinned lead female (the character that Thai girls typically aspire to be like), a clean and slick lead male (the aspiration for many Thai men), a terribly jealous older sister, a troublesome ex-boyfriend, a bitchy ex-girlfriend, a powerful father-in-law, a despicable wife, a ditzy lady boy (the comedian), the uneducated maid from Isaan (Thailand’s poorest province) and last, but by no means least, a corny ghost. Thais enjoy being able to identify and make a mockery of the characters.

The slap-stick comedy invites viewers to get caught up in the drama. The narrative is more often than not shaped around achieving the perfect ending, while sweeping the viewers along a romantic and dramatic journey in which leading characters marry their soul mates and live happily ever after. Any drama or conflict must be solved by the end, demonstrating forgiveness and rewards for being ‘good’ (an element of Thai culture relating to karma), however not all end on these terms. The most important aspect of Thai soaps is that they are melodramatic and are often grossly exaggerated with screams and shrieks. The more melodrama the better! 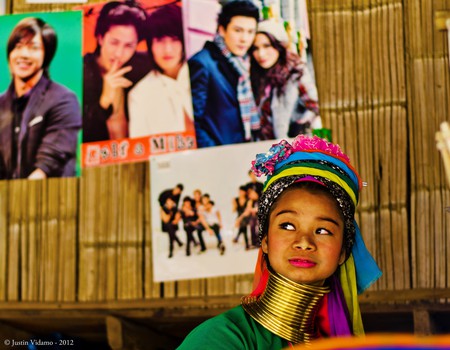