Where to Watch Muay Thai Fights in Bangkok, Thailand 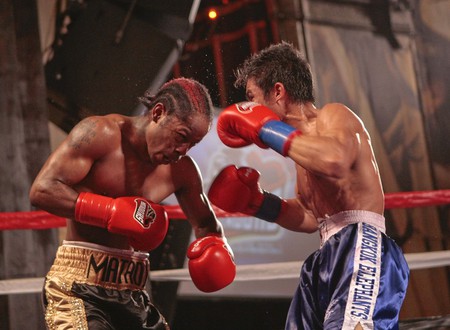 Muay Thai is an ancient Thai martial art, originally developed for use in military combat. Today, it is a popular spectator sport, both in Thailand and overseas. Here are the best places to watch a thrilling Muay Thai fight in Bangkok. 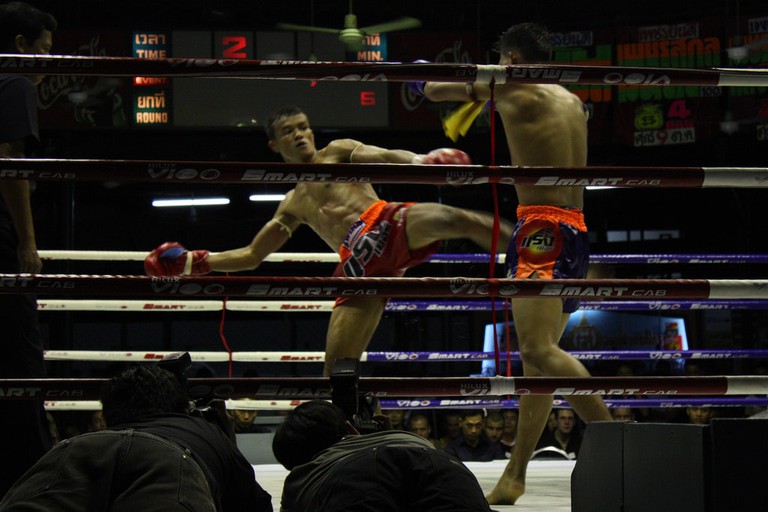 Fights here regularly feature the best names in the sport and it’s one of the top places to see some of Muay Thai’s most incredible and famous fighters. The atmosphere is highly charged and electric. Fights take place on Tuesdays, Fridays, and Saturdays, with the most elite competitors often taking to the ring on Tuesdays. Saturday fights start at 5pm, and matches begin at 6.30pm on other days. Ringside seats cost 2,000 THB, though there are also cheaper seats available in the upper tiers.
Open In Google Maps
6 Ram Inthra Road, Khwaeng Anusawari, Khet Bang Khen Krung Thep Maha Nakhon, 10220, Thailand
+6622528765
Visit Website
Give us feedback

Rajadamnern Boxing Stadium is the other of Bangkok’s two prestigious Muay Thai venues. The oldest boxing stadium in Bangkok, it opened its doors in 1945. It also has the prestige of having been the nation’s first Muay Thai stadium. The central location makes it a popular choice for tourists wishing to experience the exhilaration of watching a Muay Thai fight. This is also the place to be if you wish to watch a fight between female fighters; Lumpinee Stadium only hosts fights between men.

Stadium
Facebook
Email
Twitter
Pinterest
Copy link
Share
Map View
Located in neighbouring Samut Sakhon province (part of the wider Bangkok area), Siam Boxing Stadium is also sometimes referred to as Omnoi Stadium after its area. Growing from humble roots, the original stadium was the first to have a female commentator. As well as pro Thai boxers the stadium often has fights between foreign Muay Thai fighters. It’s not unusual to see knockouts here, too, partly because of the heavier weights of the competitors. Fights take place each Sunday at 11am and are broadcast live on Channel 3. Tickets cost 500 THB.
Open In Google Maps
ตำบล อ้อมน้อย สมุทรสาคร, 74130, Thailand
+6624208688
Visit Facebook page
Give us feedback 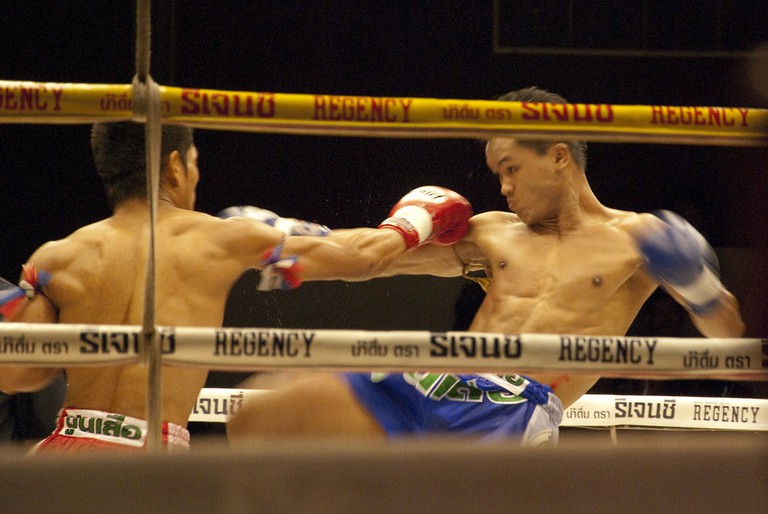 Thai boxing in Bangkok | © Will Will / Flickr
Unsurprisingly given its name, fights at Channel 7 Boxing Stadium are broadcast live on Channel 7. The stadium used to be something of a local secret, but it now attracts a large number of tourists as well. It is located in Chatuchak, near the Northern Bus Station (Mochit). Fights take place on Sundays, starting at just after 2pm. A huge bonus of seeing a fight here is that admission is free. The benches are hard, and the standing area will almost certainly be packed, but it’s a great place for a taste of exciting Muay Thai.
Open In Google Maps
998/1 ถนน วิภาวดีรังสิต, แขวง จอมพล, เขตจตุจักร กรุงเทพมหานคร, 10900, Thailand
+6624957777
Visit Website
Give us feedback 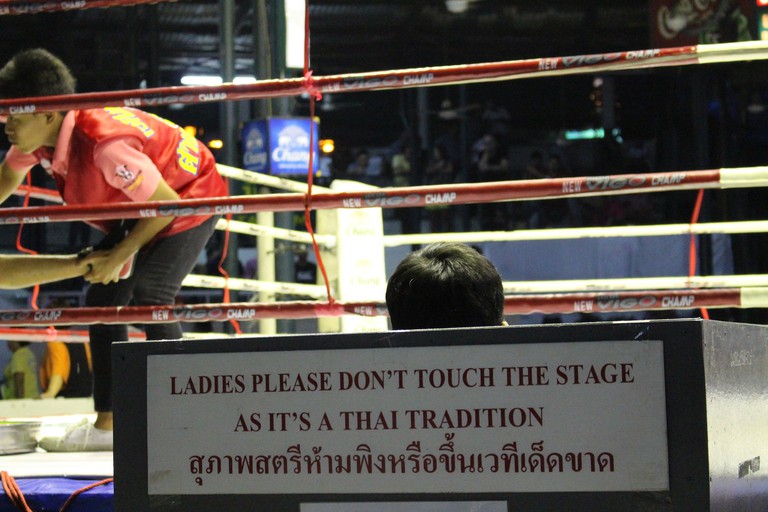 Just a gentle reminder! | © wales_gibbons / Flickr
Rangsit Boxing Stadium is located in the neighbouring province of Pathum Thani, which is also home to the large Future Park shopping mall and Dream World theme park. The stadium has two rings, one for male fighters and another for female competitors. Matches are held on Friday nights, starting at 6pm, and broadcast live on True4U Channel. There are youth and beginner matches on Sundays at midday (not broadcast), and pro fights on Sundays at 4pm, broadcast on Channel 5. Ticket prices vary depending on the day and whether males or females are boxing. This article was originally written by Kelly Iverson and has since been updated.
Open In Google Maps
323 Thanon Phahon Yothin, Tambon Prachathipat Chang Wat Pathum Thani, 12130, Thailand
+6629920099
Visit Website
Give us feedback
Give us feedback