What You Need to Know About Thailand's Traditional Handicrafts 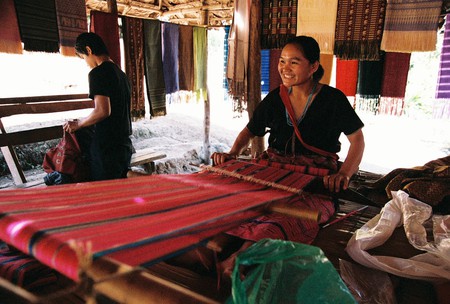 Thailand isn’t an expensive country to visit, which is great when it comes to picking up souvenirs, mementos or gifts to take home to your friends. If you’ve ever been to a local shop or a night market in Thailand, you’ve doubtless come across a wide range of cute, hand-made trinkets and handicrafts for sale, and you’ve probably bought a couple too. Yet these aren’t just cheap, mass produced items – Thailand’s handicrafts have a rich, cultural heritage, and here’s more about it.

From Functional to Furniture

Long before tourists came to Thailand, before the hotels sprung up and the shopping centres were built, much of Thailand was farmland, and farming was one of the most popular industries in the country. A popular proverb tells that there are “fish in the water and rice in the fields”, which is describing how Thailand is bountiful land that can provide for its people. In order to help them in their farming and fishing, Thais sought to use reeds and bamboo by shaping them into baskets, mats and fish traps. Today, fishing and farming techniques have grown more sophisticated yet the practice of basket, bowl and mat weaving is still used – though for different reasons. Such items are now popular with tourists, who use them as furniture in their homes. 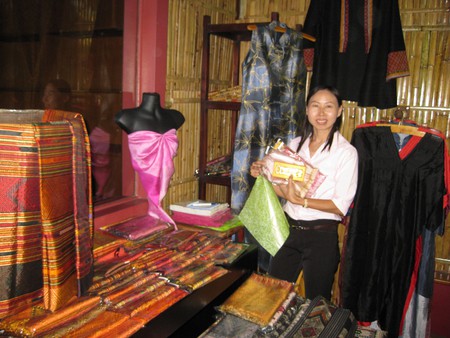 With the country industrialising and in danger of leaving behind its long heritage at handicrafts, action was taken in order to preserve these traditions and to ensure extra income for struggling farmers. In 1976, Queen Sirikit – the Royal Patron of Thai Art and Craft – established a foundation known as SUPPORT. SUPPORT saw farmers and young, inexperienced Thais in the countryside taught by highly-skilled craftsmen how to produce handicrafts such as silk weaving, basketry and silver work. The result is generations of young people with knowledge of a trade that can bring more money to their families, and the preservation of skills that are loved and appreciated by both Thais and tourists.

The range of handicrafts available in Thailand is incredibly wide, encompassing toys, furniture and clothing. While some may have had a distinctly Thai use in mind when they were first being made, they’ve recently been used in items for sale to tourists. An example of this is mother of pearl, which has been used for centuries in Thailand, and there’s evidence of its use in the stuccos of old temples that date all the way back to the 6th-century. Yet mother of pearl is beautiful by everyone’s standards, and so it’s common to see it used on both accessories and furniture for sale in markets and shops around Thailand. 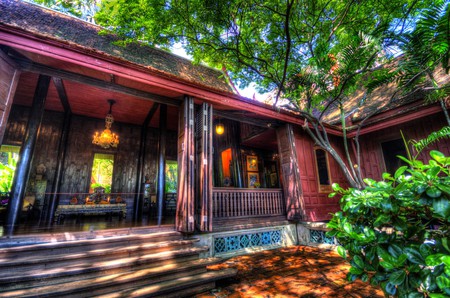 Though whilst the skills may have been adapted to the tastes of foreigners in some areas, in one notable case it was a foreigner who sought to turn Thais back onto a long-neglected craft. In the mid-20th century, Thailand’s silk industry was in a bad way, and it was the efforts of Jim Thompson – an American businessman – who revitalised it and made in fashionable to both a domestic and international audience. Today, silk is used in several handicrafts, from traditional Thai clothing to handbags and accessories. 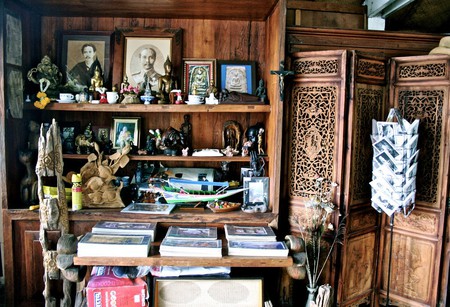 Some handicrafts are still very much catered towards a Thai – or Buddhist – audience. Much of the artwork and carvings that can be found feature Thai and Buddhist imagery, including likenesses of the Buddha, and it’s frowned upon to see tourists treating such items without the respect they deserve. A common handicraft among Thais is the use of amulets, that are thought to bring different kinds of luck and protection to the wearer. Most feature Buddhist idols and famous monks, yet some may also depict folk heroes. Throughout Thailand, you’ll see signs telling you it’s wrong to use the Buddha for decoration and, whilst a shopkeeper might sell it to you, you may want to think twice about appropriation. There are plenty of other fantastic handicrafts available, from furniture to clothes, accessories to toys, which also have a long history in Thailand and would make much more appropriate gifts or souvenirs.